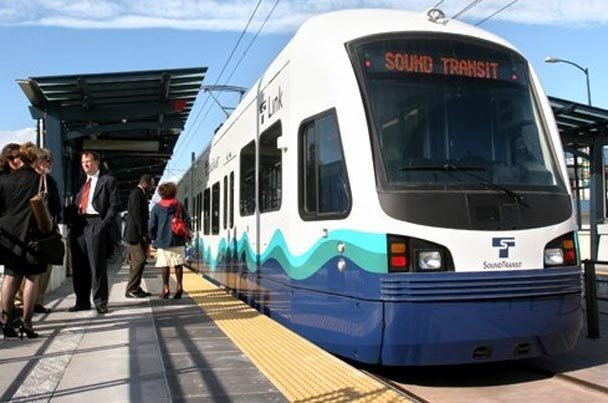 The folks at Sound Transit sure have a strange way of showing that they understand how hard people work for their money. At least, that’s how it seems when you consider how the bureaucrats running the Seattle-centric train set known as “Link Light Rail” spend your tax dollars.

As Shift has covered in the past, Sound Transit likes to use tax dollars to throw million-dollar parties and give their political allies private information to help with campaigns. But the latest revelation from the Seattle Weekly really demonstrates how Sound Transit (ST) likes to “waste” your money:

Spending millions of dollars on art in train stations that their own staff admits: “ ‘If it’s in public, people do tend to pee on it,’ says STart art collection specialist Tim Marsden, the collection’s impish caretaker.”

That’s right, for your tax dollars, outdoor urinals are a higher priority than actually reducing congestion.

As the Weekly writes, “Transit systems are rarely considered beautiful, but Sound Transit’s ambitious STart program tries to fight that impression by turning the entire transportation system into a gallery space for a major collection of museum-quality art. The art program is funded by Sound Transit’s 1% for Art requirement, which stipulates that 1 percent of the construction budget for each station, minus tunneling and real-estate acquisition costs, be used to commission and install artworks that reflect some quality of the community that the facility serves.”

And the dollars being thrown around (away?) are not small. From the Weekly, “Because transit construction is typically expensive, the amount of money Sound Transit’s 1 percent policy funnels to the arts is significant. For example, the three light-rail stations currently under construction—in Northgate, Roosevelt, and the U District—have, according to Sound Transit, an arts budget of around $2 million.”

Now Sound Transit is asking for $54 billion to spend on trains – and art – over the next 25 years. The exact amount that will go to art is unknown, but the Weekly projects that “while Sound Transit hasn’t yet released detailed budgets for ST3, there’s little doubt its arts budget would be large. For example, ST3’s proposed Downtown-Ballard line is budgeted for $2.7 billion in construction costs. Some of that includes tunneling work not subject to arts-funding requirements; still, judging by the current arts funding for the Northgate extension, a reasonable estimate would be $5.4 million for arts funding for those stations.”

Well, excuse our French here at Shift, but does that amount piss anyone off?