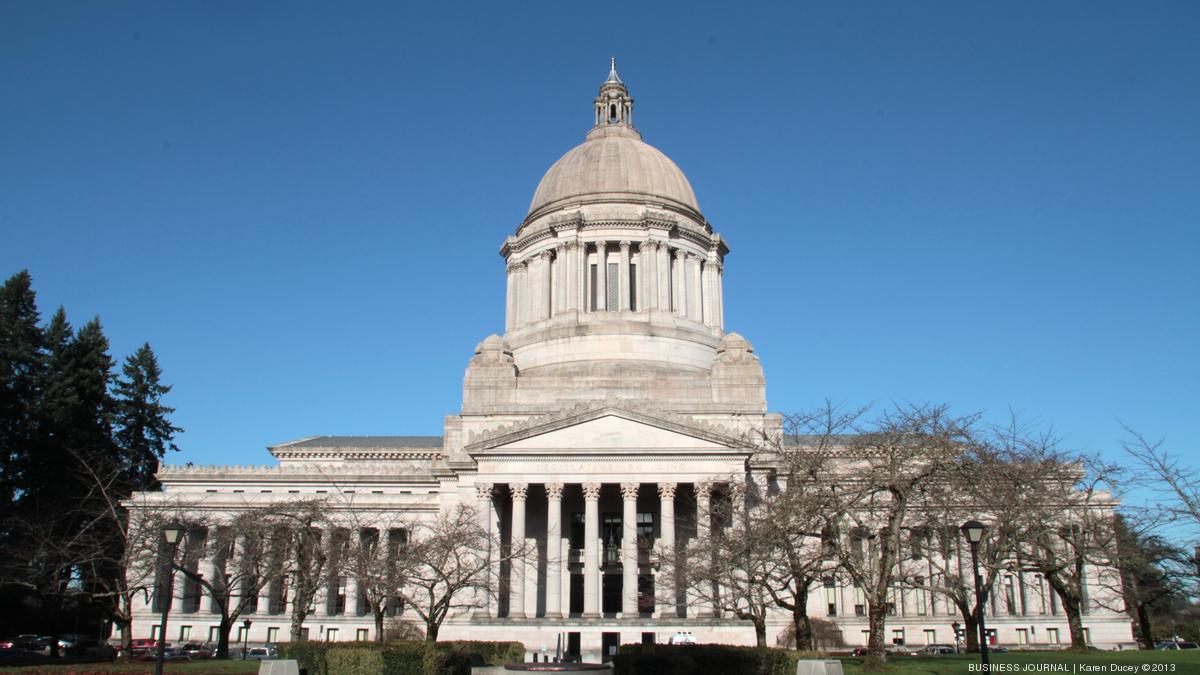 The legislation session is over and we can breathe a collective sigh of relief, mostly.

One of the worst, and most bizarre, legislative sessions in recent memory is finally over. The Washington Democrats in firm control of both the House and Senate, in rare form, pushed some real doozy pieces of legislation, including massive spending increases, a B&O tax hike, -providing union members a public disclosure exemption,  a plastic bag ban, and explicit sex education for kindergarteners.

Despite the state facing important issues such as homelessness, failing transportation infrastructure, and the coronavirus, Democrats still found time to pass such legislative priorities  as naming of a state dinosaur. If you are interested, it’s the Suciasaurus Rex.

The common theme in all this legislation? Radical liberal policies that advance the agenda of a few special interest groups, most of which won’t help the average Washington citizen. Except for the previously mentioned dino.

Fortunately, there were some failures to impose more government control over your lives (and pocketbooks). On transportation, Governor Jay Inslee’s proposed low carbon fuel standard, House Bill 1110, which government estimates suggested could have added up to $57c to a gallon of gas, stalled (again) in the Senate. The same fate fell on Democrat Jake Fey’s 9 cent per gallon gas tax increase, House Bill 2913, which he proposed to help pay to replace fish culverts. Neither increase in fuel costs would have added any new roads or helped with congestion.

A last-minute addition to the transportation budget gave the state the ability to photograph you in your car while in the HOV lanes. The Washington State Department of Transportation couldn’t get enough support to pass the tracking provision as a separate bill, House Bill 2566, so Democrats hid it in the budget instead. Smile, you’re on WSDOT camera.

Law and order was front-and-center for the Democrats, but not for law-abiding citizens. Senator Patty Kuderer introduced Senate Bill 6228, which would have restored voting rights for felons. It died on the floor because the point was made that a felon’s voting rights would be restored for the murder of a child, but not for the crime of raping a child. Awkward. The tone-deaf Kuderer has vowed to bring the bill back next year, to embarrass her colleagues further.

Thankfully, Gov. Inslee proposed 9% capital gains income tax didn’t go anywhere. Neither did a slew of new gun control measures, including magazine limits (House Bill 2947 introduced by Democrat Representative Javier Valdez) and a ban by Democrat Representative Strom Peterson on commonly owned rifles (House Bill 1286). The Washington State Constitution is stronger in its protections of the right to bears arms to defend yourself than the 2nd amendment in the US Constitution, and both bills would have seen legal challenges.

By far the most controversial bill introduced this session was from Democrat Senator Claire Wilson. Senate Bill 5395, concerning comprehensive sexual health education, generated large protests in Olympia from parents who travelled from across the state. The mandated curriculum for kindergarten-age children included material that was so offensive they couldn’t read it on the floor of the House. TVW, the state broadcast station for all things legislative, carried a mature warning label on the screen during the debate. The bill passed along party lines, with the Democrats in support and every Republican opposed. It is now waiting for Governors Inslee’s signature, and a certain referendum challenge at the ballot box this fall.

As expected, the Democrats didn’t disappoint in overregulating the residents and businesses in Washington. Senator Reuven Carlyle introduced Senate Bill 6278 early in the session, a ban on bottling water from your own property. Then Covid-19 happened, and the bill quietly died in a backroom.

Most of the anti-business legislation failed, but the first bill (Senate Bill 6492) which passed early in the session, and was signed into law by Governor Inslee, quickly was a massive B&O increase on the service industry.

Washington State has some of the cleanest electricity production in the country due to extensive hydropower generation capacity. This hasn’t escaped the eyes of the environmentalists, who believe these dams hurt more than they help. An effort, early in the session, for the removal of four of the Snake River Dams failed, despite support from Oregon’ Democrat Governor, Kate Brown. The federal government eventually weighed in and said removal would destabilize the electricity grid and the region’s economy.

Despite billions of new dollars invested into education over the last few sessions, the Washington Education Association was back at the legislative feeding trough for more money. House Bill 2788 and Senate Bill 6550 would provide voter-approved public charter schools $1,550 per student to partially make up for not receiving funding from local levies.  Yet, due to the political power of the education unions (and campaign contributions), both bills died. This is yet another example of how Democrat legislators serve the needs of the union bosses at the WEA instead of the educational needs of our children.

There is one thing we can count on from the Democrats – they’ll be back next year with even more bad ideas that will help their political supporters, though won’t help Washington State.

As Douglas Adams once penned, ‘Don’t Panic’. Shift will be watching.