Welcome to SHIFT Washington – a new online platform for shifting the debate in Olympia. We’re glad to have you as part of the effort, and hope you’ll be active in helping SHIFT Washington State in a positive direction.

So why SHIFT now? Frankly, after watching yet another campaign cycle where a wide variety of liberal special interest groups get away with flooding the airwaves, mailboxes and internet with their predictably shrill and inaccurate attacks, it seemed we needed a new way of shining a light on their lies.

SHIFT will be a place where we point out the hypocrisy of the big labor bosses waging a war on jobs by pushing for laws which they conveniently exempt themselves from – and which will ultimately hurt the small businesses and workers they claim to want to help. And a place to call attention to the extreme environmentalists who ignore science that doesn’t fit with their agenda of more government control over how you live and work.

And it seemed appropriate to launch SHIFT now because we are into the year’s third special legislative session, called by a governor who couldn’t quite get his story straight on why yet another session is necessary. He claimed it was because Boeing needs legislation passed immediately so it will commit to building the 777X in Washington State – an outcome all rational people want, though the Democrats running Olympia have conveniently ignored the need to improve our state’s economic competitiveness for years while instead focusing favors on the special interests that elect them.

But that isn’t quite what Boeing told the Machinists union it needed. And it wasn’t what the union leadership told its members.

And that’s why we’re launching shiftwa.org, to provide a forum for putting a spotlight on the excesses of the liberals who have been running state government for a generation.

The writers at SHIFT will cover topics that sometimes get little attention from other media sources, like connecting the dots on liberal policies that equate to a War on Jobs in our state. And we’ll also shine a light on stories the traditional media does carry, but which might otherwise get lost in the clutter of your busy day. We’ll make it easier to follow the money, flowing from out-of-state billionaires and shadowy big-money groups like the Progress Alliance of Washington and FUSE Washington, literally millions of dollars which they launder through other special interest groups that work to keep Democrats in power.

And we’ll have some fun, giving you stories and graphics that you will hopefully share with your friends and neighbors, to maybe start some good conversations about how to make Washington State an even better place to live.

Because SHIFT happens – if you work at it. 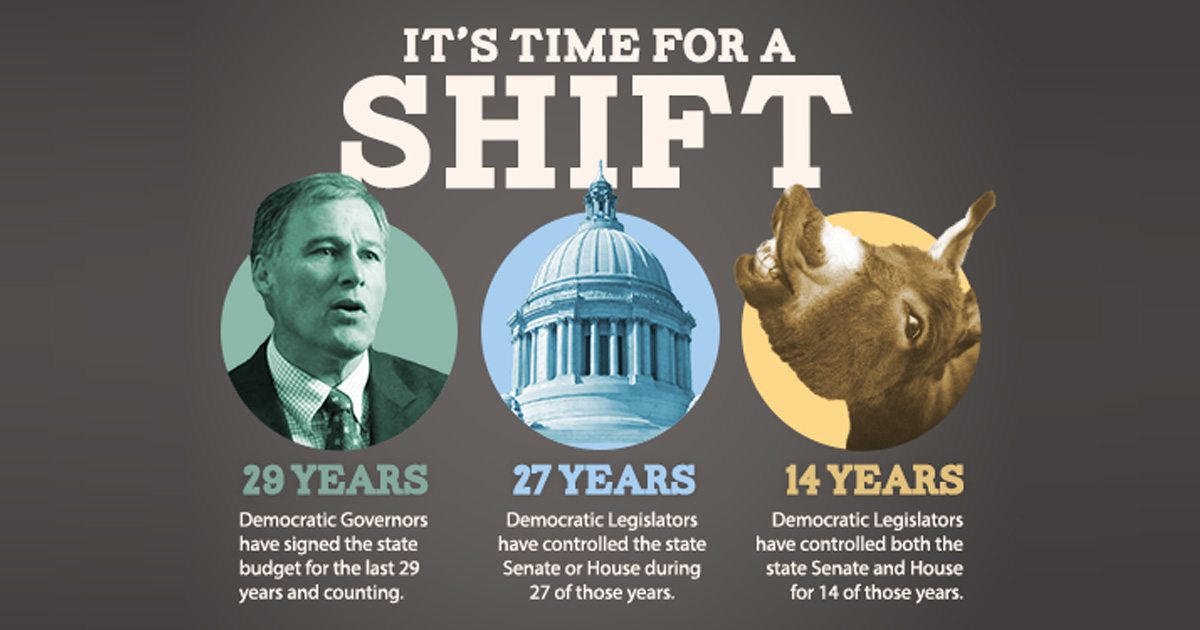