Margaret Thatcher once said the problem with socialism is that you eventually run out of other people’s money. As we come to the end of campaign season here in Seattle, this reality must be weighing heavily on the mind of District 4 candidate Shaun Scott. For the past 10 months the avowed socialist has enjoyed a pretty good standard of living, thanks to our “anti”Democracy Voucher program. Shaun scored over $120,000 by way of vouchers, which comprised nearly 60% of the over $212,000 he received in campaign contributions. His campaign worked hard to take advantage of the program, and by July he led the field in received voucher contributions. 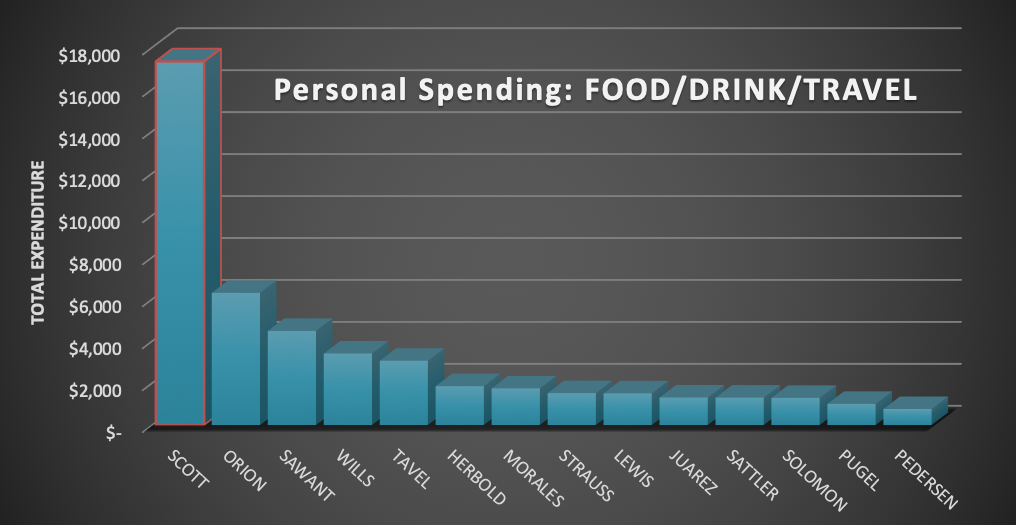 We decided to take a look at how the candidates chose to spend other people’s money, and Shaun Scott spending immediately stood out. In the past 300 days Scott used tax dollars to pay for over 1,400 Lyft rides, his Wi-Fi bills, expensive haircuts, and a whole lot of burgers and beer. In fact, Shaun’s spending on food and drinks alone averaged nearly $42 per day. Which makes sense considering how often he treated his unionized staff of 10 and countless volunteers. He was also generous with the wages he paid them, coming in only second to Kshama Sawant who had over $297,000 more dollars to spend. Scott’s exorbitant team wasn’t cheap, costing him $38,000 more than the average wage paid out by everyone else. One thing that was curiously missing though was data indicating he paid taxes for his employees, unlike his fellow candidates whose average tax payout was around $8,000. 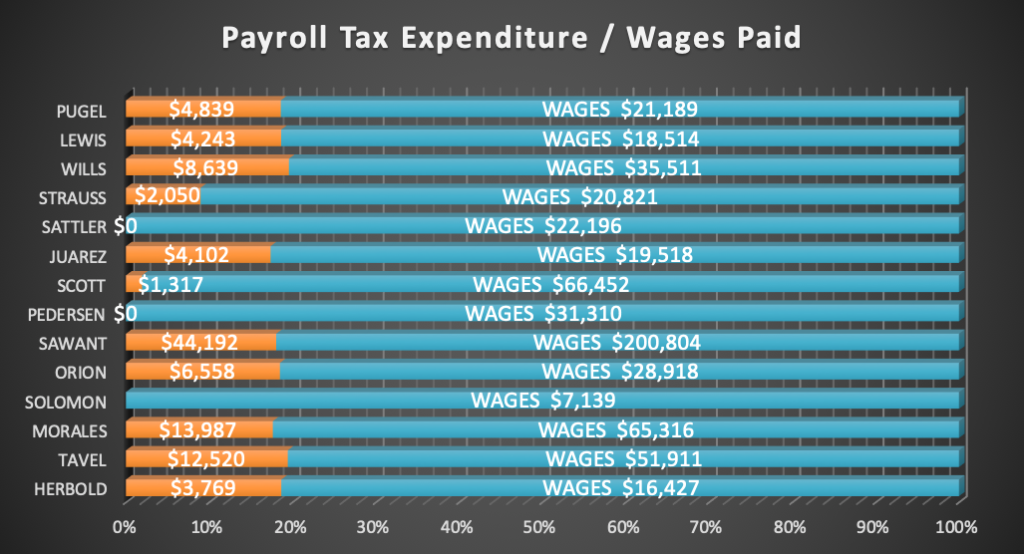 After looking at some of the items Scott felt were proper use of campaign funds, it’s understandable why those who own property might be upset having to helplessly watch their tax dollars going to buy a guy new clothes an $5 lattes. Here is a small sample of his campaign needs.

Now in it’s 3rd year, this Robin Hood financial system of campaign funding has redistributed $2,454,475 of property-owner tax dollars to candidates participating in the 2019 City Council race. According to the seattle.gov website, 98,179 of the $25 vouchers were turned in by Seattle voters, unregistered-voters, citizens & non-citizens this year. That’s right, you do not have to be a registered voter nor a citizen of this country…a green card will suffice. According to the application, all that is required is a state ID card or piece of mail with your name and a Seattle address on it. And anyone can get and ID in this state since there is no requirement of social security number or proof of residency. 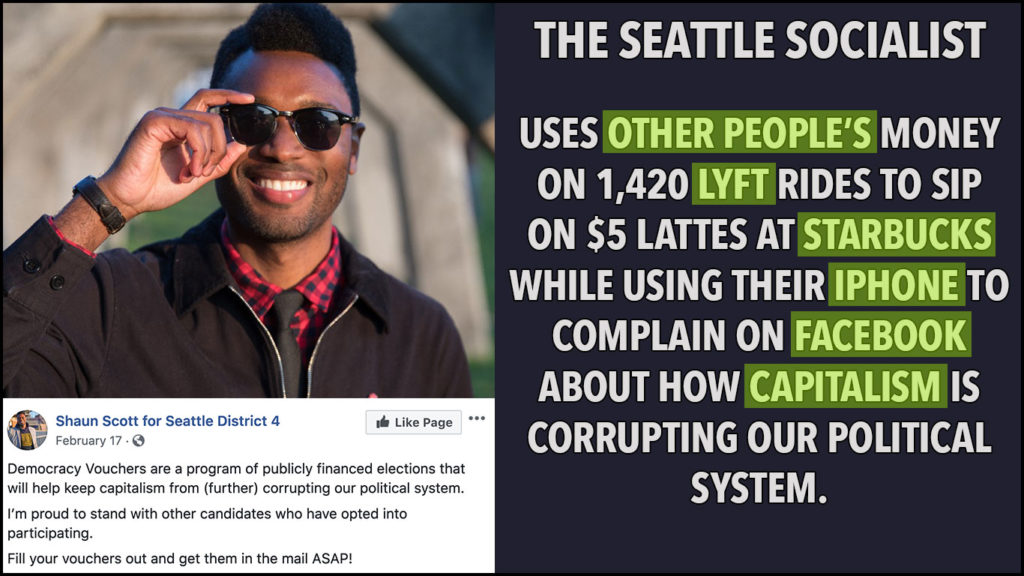