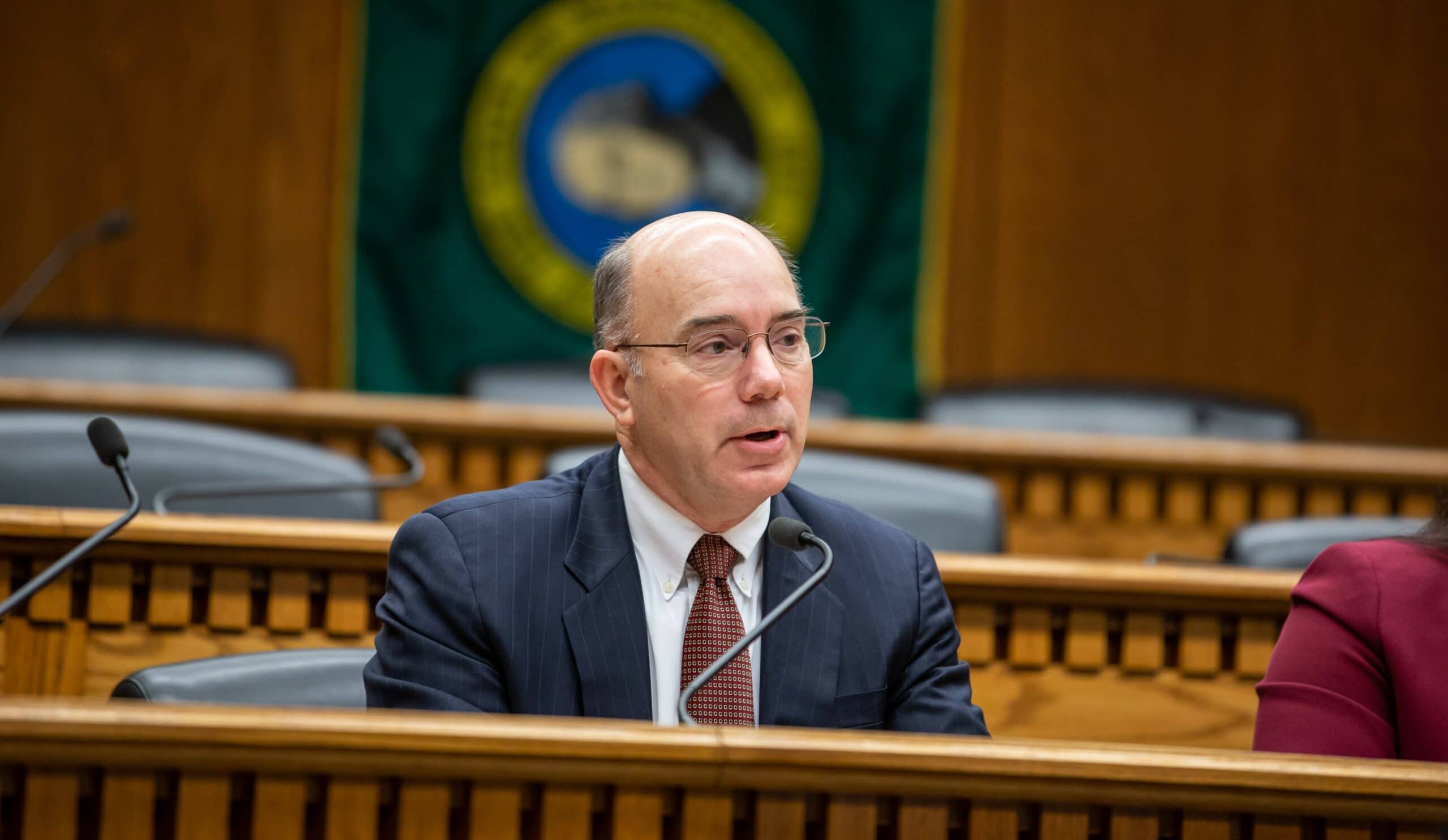 Woolley. While Senator Wagoner has recently announced he will be running in the special election this fall to become Washington Secretary of State, our interview focused on his work in the current legislative session.  The senator is critical of the “fixes” the Democrats have made thus far to their ”fiscally flawed” Long-Term Care plan and payroll tax, which he reminds readers drove out from the WA market many private carriers which were providing better plans than what the state will be offering. Senator Wagoner is very critical of the Democrats’ attempt to restrict voters’ rights and their ability to create and repeal laws by eliminating initiatives and referendums in odd-numbered years. Senator Wagoner also provides his thoughts on Governor Inslee’s latest attack on the state’s farming community (HB 1838), repairs to the Democrats’ hastily written “police reform” package, and the Democrats’ fake reform of emergency powers authority.

When this legislation was introduced, it was clearly fiscally flawed — anyone with a calculator could see that. Despite its title, this legislation never demonstrated a meaningful long-term benefit. $36,000 for long-term care is merely a short-term stipend.  And, until the enactment of the scheme ran all private carriers out of the market, there were better private options.

Rather than do the right thing — which is to repeal the entire measure and work with private providers to bring back better options for our citizens, the Democrats would rather put on hold this income tax to avoid political consequences in the short term.

What are your thoughts on Governor Inslee’s recent attempt (HB 1838) to force farmers to give up more of their land to provide even larger buffers around rivers, streams, and seasonal floodplains I was probably the most vocal opponent of the bill, not because of the stated intent but because of the one-sided surprise attack methodology by which it was created.  To the best of my knowledge no local government, landowners, farming/ranching organization, and no Republican legislators were even aware of the bill.  That is an incredibly thoughtless and ineffective way to work legislation.

In counties which adopted the Voluntary Stewardship Program (VSP) we have seen dramatic successes. I am working with the members on Ways and Means to maintain and build funding for these already proven models.  Is it enough to bring back the salmon, no. We have plenty of work left to do, but it needs to include a wide swath of stakeholders and should be done in a thoughtful and open manner.

The Democrats have proposed a couple of bills recently to do away with initiatives and referendums in odd-numbered years.  Do you believe this is the best way for a democracy to encourage participation in the political decision-making process?

There is only one reason to try and limit the initiative process and that is if you fear the people and want to limit their input.  Getting an initiative or referendum onto the ballot is no easy task and we have seen that even when the work is done and the votes are counted, government has a way of thwarting the will of the voters.  Case in point, $30 car tabs. It is plainly obvious what the voters wanted (several times over); I believe the legislature should have acted to immediately implement the intent of that initiative.

Crime rates skyrocketed after the Democrats passed their 2021 “police reform” bills. There has been much discussion about what lawmakers need to do to correct the flaws in that legislation.  Do you believe the changes made thus far are enough to make our communities safer?

We brought garden hose solutions to massive forest fire problems this session.  Do some of the changes help?  Probably, they don’t make things worse, but how much worse could they get anyway?  I am hopeful — but not optimistic –that my amendment allowing police vehicular pursuits under reasonable suspicion will survive the House. That would give law enforcement back one small tool toward keeping the rest of us safe.  But we are failing on both ends of the crime problem.  We have removed tools from law enforcement and judges to put people into corrections, and we have accelerated people exiting corrections before they have served their time or had a reasonable chance at rehabilitation; a fail-fail approach to public safety.

What are your thoughts on the emergency powers “reform” that was passed by the Senate?

The bill should be entitled the “Barely Reform Act”.  I was not willing to dignify that bill with a vote of support. I fully understand the risk of confusing my constituents.  After over a year of pushing for Emergency Powers Reform, how could I vote against it? Even if it was just incrementally better?  By passing a diluted, do-nothing bill, it allows the majority Democrats to “move on” and put the issue behind them without doing anything meaningful.  Even the governor says this bill is meaningless. How often do we get agreement with him on policy?

For more information on Senator Wagoner and to contact his legislative office, please visit his official website.