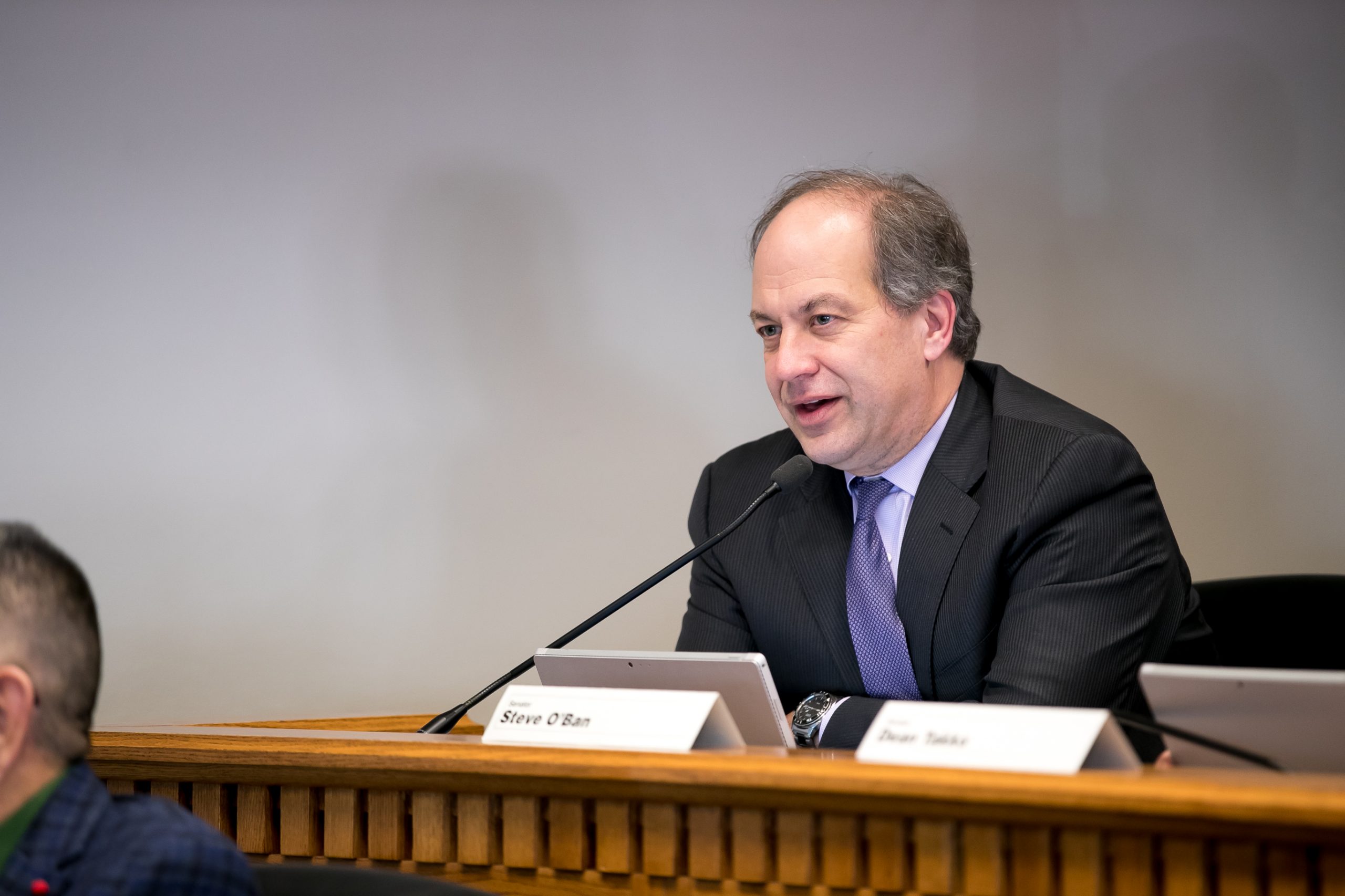 This week’s Newsmaker Interview is with Senator Steven O’Ban (R – Pierce County), one of the most effective members of the Washington State legislature.  A member of the state senate since 2013, O’Ban was quickly recognized as a knowledgeable source on a wide array of subjects and a valuable advocate for mental health issues.  In his interview with Shift, Senator O’Ban grade’s Governor Inslee’s actions during the coronavirus outbreak, calls for ESD Commissioner LeVine to resign, provides his thoughts on a legislative special session and the pending 3% pay raise for state employees, and describes why it is “absolutely necessary” for there to be an independent review into the death of Manuel Ellis.

Republican Legislators have been calling for a legislative special session to begin after the next economic forecast is published next week. Why is it necessary for the session to begin so soon?

The sooner the Legislature makes needed cuts, the less deep they will need to be.  For example, on July 1 a 3% public employee pay raise negotiated long before COVID goes into effect. All expenditures should be on the table especially when nearly one million Washingtonians are out of work. It will be difficult to claw back all or a portion of that pay and any other budget increases if the Legislature waits to take up the budget until later in the year.

What are you hearing from your constituents about Governor Jay Inslee’s apparent decision to allow a second 3% pay raise in a year for state employees, despite a $7 billion revenue shortfall looming?

During the coronavirus outbreak, Governor Inslee has not been responsive to the concerns and questions of other elected officials – especially Republicans.  Have you heard back from the Governor or his office on your request to suspend car tab payments over $30?  Why do you think this is necessary?

I have heard nothing from Governor Inslee in response to my request to suspend collection of the car tabs over $30, nor to other requests from constituents. You may recall he had been asked by a reporter about suspending collection and said he would consider it. There is no indication that he ever has. The Governor’s lack of responsiveness to the pleas of our constituents for relief and clarification of his orders have been a major disappointment to many of us. Given the extraordinary hardship of his Stay Home, Stay Healthy order that has thrown a million of our constituents out of work, ruined thousands of businesses, delayed health care for thousands, and resulted in a myriad of other consequences too numerous to catalogue here, one would expect the Governor to do all that he could to help answer their reasonable requests made through their elected legislators.

Are you among the legislators who are calling for the firing of Employment Security Department Commissioner Suzi LeVine? In your view, what should the Inslee Administration have done to prevent this historic theft from occurring?

I am a big fan of the British parliamentary system form of government. When a British administrative agency makes a blunder of immense magnitude, like the ESD’s, the administrative director tenders his or her resignation to give the Prime Minister the option to find someone else, which goes a long way in restoring the public’s trust in the government. Ms. LeVine should have done the right thing and tendered her resignation weeks ago.

How would you grade Governor Inslee’s performance during the COVID-19 crisis?  What has he done well and what could he be doing better?

I’d give him a C+. I would have given him a B+ a few weeks ago. The virus was and is serious and I think Inslee responded appropriately in the early weeks of this crisis. But some of his key decisions have been hard to square with the science and reason, and his silence and inaction on the ESD disaster is very disappointing.

What is your reaction to Governor Inslee and Attorney General Bob Ferguson calling for a state investigation into the death of Manuel Ellis?  This also appears to be yet another occasion where police body cameras would have answered many questions people have over this incident.  Is there more legislators can do to encourage local law enforcement departments to utilize this technology?

I agree that an independent impartial investigation is absolutely necessary.  It is unfortunate for the Ellis family that a new investigation must commence after learning of a conflict that prevents the Pierce County Sheriff from conducting an independent, impartial review. We do need reforms that will ensure that investigations are conducted in a manner that earns the confidence of the public. Too much is at stake for those who allege police abuse, and for the officers who have done nothing wrong.

As to body cameras, if I recall correctly, the Legislature nearly approved a body camera bill a few years ago, but agreement on what would be subject to a public records request held it up. We have to work through to a solution. Body cameras have to become standard to provide greater transparency and accountability when bad cops act badly and when bad guys wrongly accuse good cops.