vacated by the retirement of Barbara Bailey.  In the 2020 elections, Muzzall was able to keep the 10th Legislative District Senate seat despite the well-financed opposition waged by the Democrats and their wealthy special interest allies. In the Senate, Muzzall has already earned powerful assignments on the tax-writing Ways & Means Committee and the influential Rules Committee.  In his interview, Senator Muzzall is open about his criticism of Governor Jay Inslee (“I have some concerns about his integrity”), argues the legislature needs to reassert its oversight of the governor’s mismanaged state agencies like the Employment Security Department and criticizes Seattle liberals who “micromanage farming when they have no clue.”

First, what were your overall impressions of the 2021 legislative session? Are there elements of the “virtual” session that you hope will continue once the legislature returns to in-person sessions in the future?

I wrote a column in a local paper characterizing this session as one of missed opportunities. I stand by that. While the virtual nature expanded access to the process in some ways, in others it was apparent that it was an opportunity by the majority to silence voices they didn’t want to hear from. I’m hopeful people can continue to provide virtual testimony if they want, but it has to be a balanced process, with emphasis on listening to the voices that come to the table, not just the ones the majority agrees with.

With urban Democrats controlling the legislature, Washington State farmers were constantly under attack.  What must the agriculture community do in the future to stop liberal politicians from consistently putting our state farmers at a competitive disadvantage?

A lot of this had to do with education. People need to understand and trust that we in the agricultural world know what we’re talking about. We need to trust each other more. I’ve seen bills introduced by urban legislators attempting to micromanage farming when they have no clue. Let me and others representing rural constituents do our jobs. Those in the agricultural community can’t be too risk averse in speaking out. I know it’s tough to juggle the needs of your farm with taking time to engage in the legislative process, but you have to, or you get the kinds of outcomes we are seeing now.

The Washington State Auditor’s office has concluded its initial investigation into the dysfunctional management at the Employment Security Department and the historic theft of $650 million.  What should be done to make sure this never occurs again?

I’m a big proponent of structure, discipline, and accountability. That’s an ethos I’ve brought with me from my time 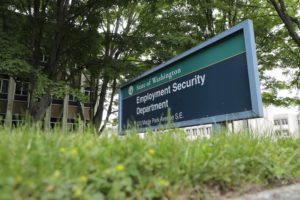 on corporate boards and private industry to the legislature. I was appalled when I saw what was happening with ESD and the lack of respect for taxpayers and those neighbors forced out of work by heavy-handed mandates. I think the Legislature needs to reassert its oversight role of these state agencies, and support work being done by those charged with finding waste and abuse in our state government. I worked closely with the Auditor’s Office, pushing for the audits we got, and we must certainly broaden our scope.

What are your thoughts about the never-ending use (450 days) of the governor’s emergency powers?

Unacceptable. Since the majority basically signed away our very limited oversight of the COVID-related response and recovery, the governor needs to relinquish his emergency powers. The emergency is clearly over. We have learned a lot and can manage any crisis that might come up related to COVID. He cannot continue to micromanage every Washingtonians daily life by executive order. We tried to curb and reform those emergency powers with Senate Bill 5039, but the majority had no appetite to support reining in the governor.

How will the Low Carbon Fuel Standard and Cap-and-Trade impact the average person in your district?  What are your thoughts about the governor’s use of his veto to strike down the linkage for the implementation of these two controversial bills with the passage of a transportation funding package?

I’ve got a fairly rural district and a great deal of agriculture. The policies like cap and tax and the high-cost fuel standard are just going to drive up the costs of everything. They are regressive taxes, plain and simple, that are more

about ideological talking points than doing anything constructive for the environment. I think the average person in my district is going to feel it in their pocketbook for sure. We heard a lot of estimates on the cost increase per gallon of gas, but that’s just the beginning. What about getting products to market? Those costs are going up to, so it’ll be felt beyond just the fuel pump.

Regarding the governor, I can’t say I’m surprised much anymore by what he does. This isn’t the first time he’s made a questionable line-item veto. More than the policy itself, it shows his continued disregard for the Legislature and willingness to stab his party in the back. I’d have some concerns about his integrity.

Finally, as a member of the Senate Ways and Means Committee you have spent more time than most people examining the Democrats’ state income tax on capital gains (SB 5096).  What are your views on this controversial piece of legislation that has already been challenged in court?

Although a relative newcomer to the Senate, it was evident that getting this type of starter income tax has been a goal for quite a while. Advocates for this new income tax wanted a test case to overturn decades of precedent and open the doors for a full-blown income tax on all Washingtonians. I did not support it and staunchly oppose these kinds of tactics. If the proponents of this legislation want an income tax in our state, let’s have an honest and transparent debate on the merits.

From a fiscal perspective, it’s a wildly volatile tax and states have been burned for over-relying on it. Our state has a spending problem, not a revenue problem. I struggle to understand the inclusion of a stealth emergency clause when we don’t collect any revenue from this tax until 2023. For all the tortured rhetoric used by the supporters to avoid calling it an income tax and calling for more fairness, the Legislature did nothing to make our tax system fairer. In fact, the majority piled on more regressive taxes.

For more information about Senator Muzzall and his legislative activities, please visit his official website: ronmuzzall.src.wastateleg.org