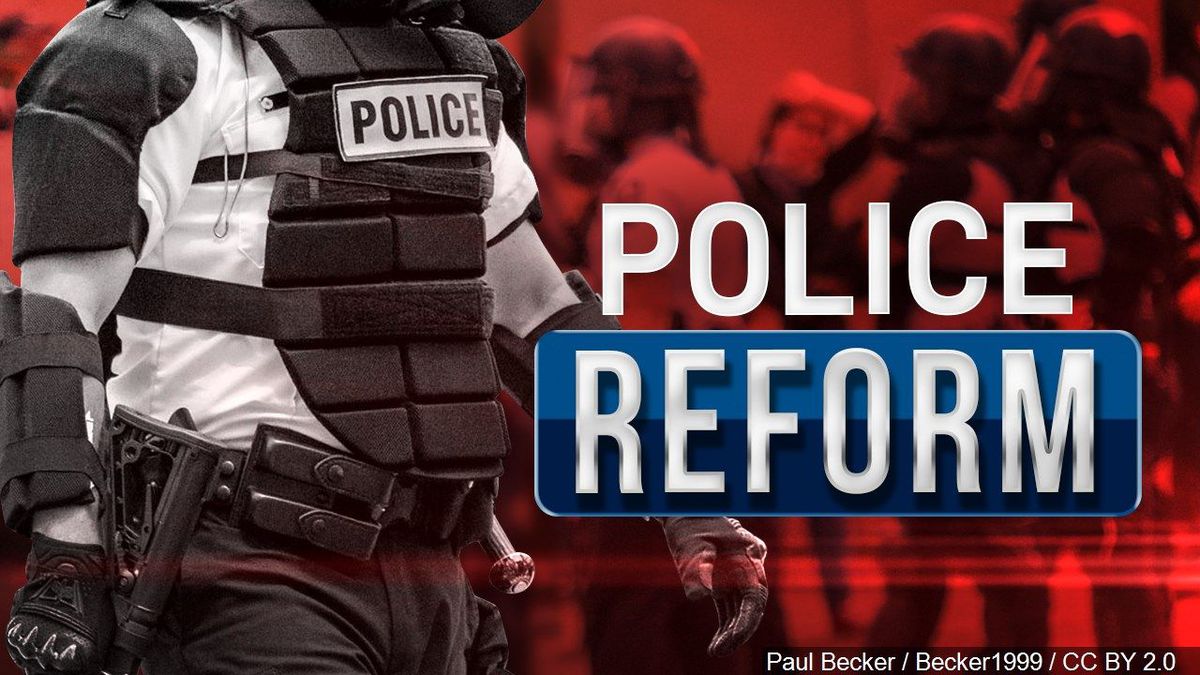 legislative session.  Earlier this week, law enforcement in Wilson’s Southwest Washington district faced a dangerous situation with a holed-up suspect, where due to the Democrats’ bill, they could not use nonlethal force and had to resort to throwing rocks at a window (yes, you read that correctly). Wilson has joined the call for a special session to fix the bill, and this time he wants Democrat legislators to not make the same mistake they did earlier this year – he wants them to listen to the concerns of law enforcement to ensure suspects don’t go free and that police have the necessary tools to deescalate dangerous situations.

You are among the many Republican legislators calling for a special legislative session to repair the Democrats’ police “reform” bills.  Why have you done this?

You break something, you fix it. This misbegotten crackdown on the police was the legislature’s fault, and now it has a duty to address the problem it created.

Law enforcement agencies across the state are telling us this year’s anti-police legislation has made their job unworkable. They are having to let suspects flee. They are having to tell people no, we can’t respond. In every district of the state, police and sheriffs are saying they have been handcuffed. This legislation was aimed at satisfying the urban activists who view the police as their enemy. We warned our colleagues this was going to mean trouble, but they had the votes. And now our predictions are coming true.

Let me tell you about something that happened in my hometown this week. The Longview police had an armed suspect holed up in a house. The SWAT team surrounded the place. They had to get him out of there. They needed to break the windows and flood the place with tear gas. But in the name of de-escalation, this year’s legislature passed a law restricting the weapons police are allowed to use. This means they couldn’t use the non-lethal tactics that were standard operating procedure right up until the new law took effect July 25.

So they couldn’t use their wide-barrel launchers to fire rubber bullets or bean bags at the windows. They couldn’t fire canisters of pepper spray or tear gas through the glass. You know what they had to do? They had to throw rocks.

I am not making this up. They had to look for rocks on the ground and pitch them at the windows.

I’m glad they had good aim. And once they broke out the windows, they managed to lob in a canister of tear gas. Eventually they drove him outside. But I hope everyone understands how dangerous this was. You have to get pretty close to smash a window with a rock. We’re lucky the suspect was armed only with a knife. Imagine what might have happened if he had pulled out a gun. I think we all know what happens when you bring rocks to a gunfight.

It’s only a matter of time before this political lunacy gets someone killed. I don’t think it gets any clearer than this. We have reduced the police to throwing rocks.

It appeared during the legislative session, the Democrats went out of their way to make sure law enforcement had little or no input on the legislation. Is this a fair analysis? Why are there so many obvious problems with the Democrats police reform package?

I’m not sure we can say police and sheriffs had no input. We heard from police organizations loud and clear about the devastating effect this year’s legislation would have on law enforcement. Unfortunately, our colleagues weren’t interested in what they had to say.

I think readers need to understand exactly what was passed this last session. It’s not just the bill I mentioned, HB 1054, which restricts police weapons and tactics. Other major pieces of legislation included:

House Bill 1310, which enacts new restrictions on the use of force. This bill takes away local control and increases the personal liability of police officers to civil suits.

Senate Bill 5263, which increases the likelihood of successful lawsuits against police officers, even from convicted felons.

Senate Bill 5051, which turns the Criminal Justice Training Commission into a state police regulatory agency, with the power to punish police officers – handing control of local police affairs to bureaucrats in Olympia.

House Bill 1267, which creates a new office under the control of the governor to conduct independent investigations into allegations of police misconduct – ensuring that local investigations will be second-guessed by those whose primary concerns are politics and the appeasement of protesters.

House Bill 1089, which requires the state Auditor’s Office to audit investigations of the use of force, an area in which it has no expertise.

I think everyone understands our law enforcement officers need to make split-second life-and-death decisions. Sometimes the result will be tragic, and when that happens, someone is bound to complain. When an officer responds with excessive force, certainly that officer deserves sanction. But this legislation comes from the assumption that cops must be breaking the rules routinely, that local authorities turn a blind eye, and when cops don’t go to jail, then something must be wrong.

Whether the use of force is justifiable is a matter best judged by those with expertise in the field, based on rules and accepted law enforcement practices. These are not determinations that should be made in the political realm. It shouldn’t matter whether there is a picket line of protesters outside and someone with a bullhorn shouting about racism.

We heard all these arguments last session — all of us, on both sides of the aisle. There was all the input anyone could want. It’s just that our colleagues hit the mute button and tuned it out. “Making police accountable” was one of their big talking points last session, and contrary opinions were unwelcome.

What specific changes would you like to see made in the Democrats’ “reform” bills?

I think it’s important to point out that I joined with my fellow Republicans in opposing all these bills. But short of repealing them outright, we’re going to have to take a hard look at the nitty-gritty details and see how they can be made workable. For that we’re going to need the input of police agencies and organizations across the state. This time, the legislature needs to heed what they say.

You were recently quoted as saying the 2021 Legislative Session seemed “as if the Seattle City Council got itself elected to the legislature and decided the rest of the state should share in the benefits of chaos and dysfunction.”  Was the Democrats police “reform” bill the Democrats response to the violent riots conducted by liberal activists?

This didn’t start with George Floyd. The current effort to weaken law enforcement and our criminal justice system is the latest chapter in an argument that has raged at least 30 years in the Washington Legislature, and maybe even longer. Those who have been in Olympia the longest assure me this is nothing new.

In the early ‘90s, Governor Booth Gardner proposed a broadscale shutdown of prison facilities as a way to save money during a recession. But of course this would have meant we would need to reduce sentences and let inmates out sooner, and reducing incarceration was the real goal. At a time when people were sick of the soft, liberal approach to crime that had prevailed up to that point, this idea was a non-starter. In fact, the people wound up passing tough anti-crime laws by initiative when the Legislature refused to take action – measures like Three Strikes You’re Out and Hard Time for Armed Crime. The new laws we passed during this period achieved great success in reducing the crime rate and getting habitual criminals off the street.

About 20 years later, during the recession of 2009 and 2010, the closure of prison facilities came up again. This time our colleagues had the votes, and we lost about a thousand prison beds as a result. Sure enough, by 2018 and 2019, our prisons were overcrowded, and it was used to justify all manner of sentence reductions and early release programs. Today our colleagues have done such a good job of emptying cells and returning convicted felons to the streets that the Department of Corrections, under Governor Inslee’s control, is proposing that more prison facilities be closed. And this of course will mean even more pressure in the future for weaker laws and weaker law enforcement.

Last session’s assault on the police was simply a new strategy in this battle, and with all the protesters in the streets chanting about police brutality, it seemed a cause in tune with the times. No crisis should go to waste.

But I think my colleagues make a mistake when they say crime is no longer a concern. It has been held at bay by the tough criminal laws they are now in the process of gutting. Today our state population is increasing, and every category of violent crime has seen a double-digit increase over the last five years. I really don’t think the people are interested in creating a system that puts its emphasis on providing customer service to criminals.

Many on our side of the aisle wonder, when will our colleagues go too far? I think they already have.