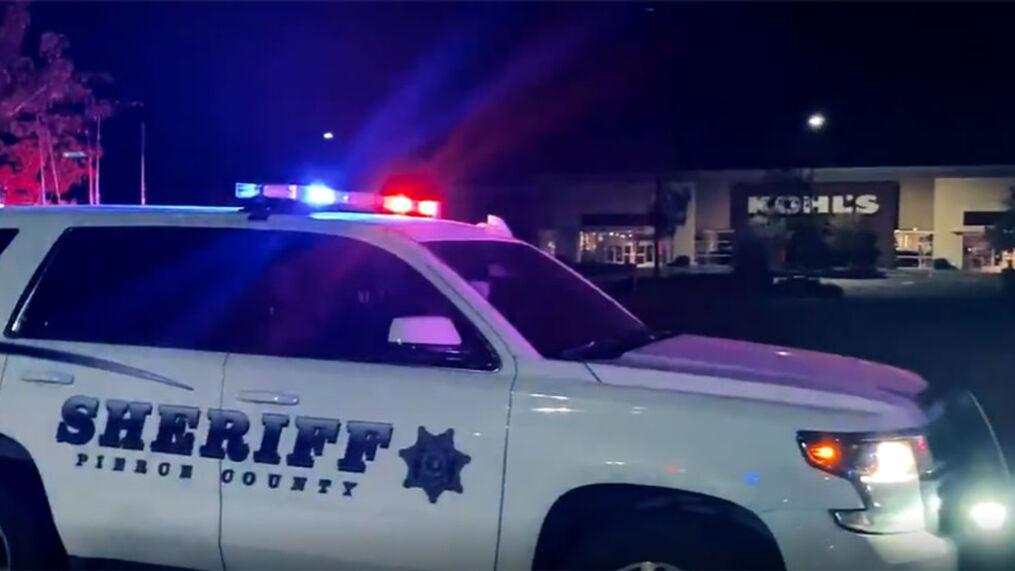 hastily written police reform package which was rammed through the legislature earlier this year. On the evening of Wednesday, July 28th. Puyallup police responded to reports of gunfire and found a young man dead in Kohl’s parking lot. Witnesses said they saw a man running East, yet police did not have enough information under the Democrats “reforms” to send K-9 in search of the suspect. The murder suspect remains free today.  Senator Gildon, along with Representatives Kelly Chambers and Cyndy Jacobsen (who represent the 25th Legislative District in the House) immediately called for a legislative special session to fix the Democrats’ poorly written bill.

Last week you joined with the House members of your legislative district (Representatives Kelly Chambers and Cyndy Jacobsen) to call for the legislature to return to special session to correct the Democrats police “reform” legislation. Why did you do this?

Last week I joined my House seatmates from the 25th Legislative District in calling for a special legislative session to rectify the mistakes of the recent police reform bills. We made this joint request in the wake of a young man being murdered in the Kohl’s parking lot right here in Puyallup. Police arrived on the scene and were prepared to pursue

the suspect as witnesses saw someone running for the wood line after the gun was fired. However, law enforcement was not able to conduct the pursuit due to restrictions derived in these new laws. Further, the laws are simply not clear and are being implemented differently in the various departments throughout the state. Finally, these laws preclude law enforcement from providing necessary assistance to people experiencing mental distress unless they present a clear threat to themselves or others.

Why does this need to be a special session? Can’t this wait until January when the legislature is scheduled to meet for the 2022 session?

I am a realist and have little faith that the Democratic majority or the governor will act upon this request even though the bill’s sponsor has already made it clear that the bill needs clarification. It is certainly a shame this has turned into a partisan issue. Public safety is too important to become political. However, it has and now people all across our state are suffering.

It seems that due to the virtual legislative session conducted earlier this year, the public was not as involved in the legislative process as they normally are. As the result they were not as informed.  Last week’s incident in Puyallup seemed to draw some media attention on the “reform” bills.  What has been the reaction of your constituents to the police being unable to pursue a murder suspect?

These so-called police reform bills were planted during a virtual session with little public scrutiny or real input from law enforcement professionals. They were nurtured and brought to be despite heavy warnings from law enforcement and Republican legislators. Now, we are all bearing the bad fruit they are producing.

What specific corrections would you like to make to the Democrats’ legislation?

Some of the immediate changes we need to make include revising the standard of evidence to pursue a suspect, allowing law enforcement to assist once again the mentally ill, and providing clarity to law enforcement for how these laws should be interpreted and implemented.

First, we must bring the standard of pursuit back to reasonable suspicion rather than probable cause. To many, I know this may seem small, but words matter and in this case they matter a lot. This difference alone is the reason law enforcement was not able to pursue a murderer just a few days ago in Puyallup.

Next, we must allow law enforcement to assist in times when people are experiencing mental distress. Prior to this law taking effect, law enforcement could serve as linkage between a person needing assistance and mental health providers. This law realistically removes that ability unless the person is an immediate threat.

Finally, we need to give law enforcement a seat at the table and go over their specific questions in order to provide clarity. Unless we act now, people across our state will continue to suffer while criminals thrive.

You were quoted last week as saying there is “a spirit of lawlessness that has overtaken our state.”  What do you mean by this and what needs to be done to reverse this attitude?

There is so much more to do than police reform. Over the past few years, I’ve noticed a dramatic shift away from law and order and in the direction of lawlessness and disorder. Prosecutors in many areas are simply not prosecuting crime. means 41% of all felony charges were dismissed that year. Compare this to Spokane County where only 6% were dismissed and one of the root causes of Seattle’s decline becomes clearer. Additionally, we stand by and allow people to slowly commit suicide via heroine and other narcotics on city streets and in tent encampments across the state, and the legislature just passed a suite of bills that reduces the time felons must stay in jail.

As we widen the aperture and consider all these items, there appears to be a very real spirit of lawlessness gripping our state. Plato noted that governments generally evolve over time. In general, he says, they move in a circle: Aristocracy- Timocracy- Oligarchy- Democracy- Tyranny. He claims the extremes of a democracy ultimately result in anarchy and then the rise of a tyrant to restore order. We have already seen some of the extremes moving us in the direction of anarchy. This is fully evident with the complete loss of civil control of Seattle during the CHOP period last summer. History is replete with examples of how a society that does not enforce its own laws and protect its own citizens is a society destined for disaster. Plato noted this about 25 centuries ago and we would be wise to take note as I believe we are on the precipice of that disaster.