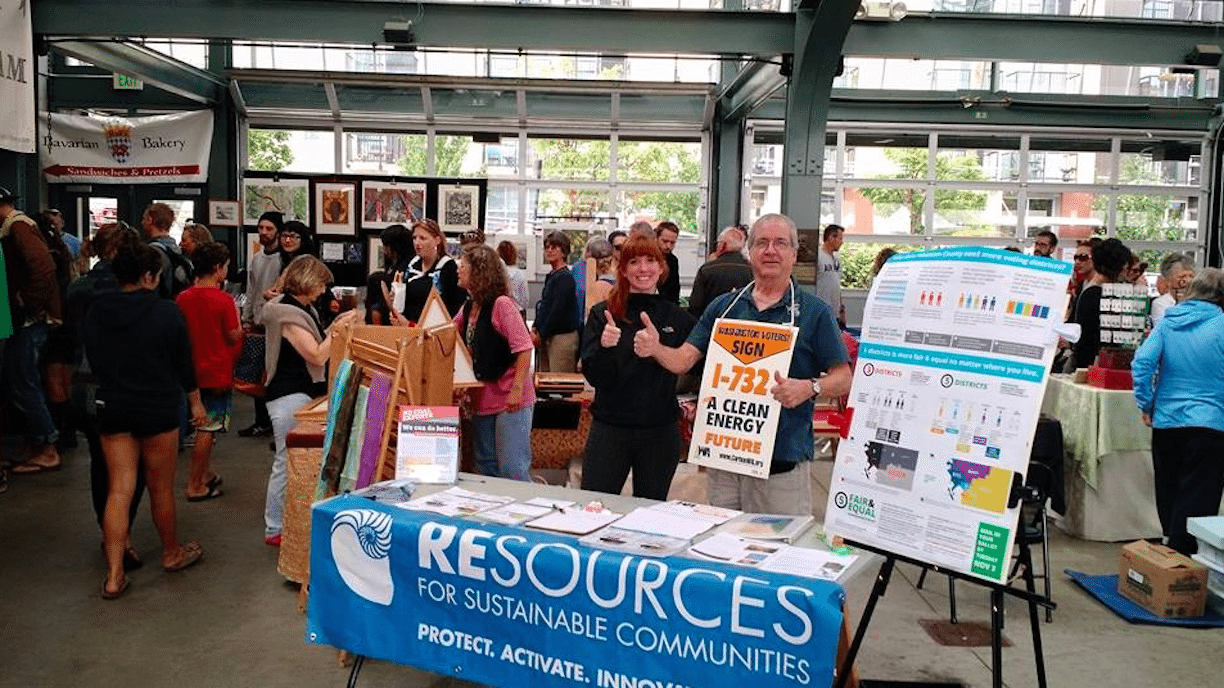 Democrats are up to their old tactics in Whatcom County, skirting the law to unduly influence elections. Whatcom County Republican Party (WCRP) Chair Charlie Crabtree is doing what he can to fight back. Recently, the WCRP filed a complaint against RE Sources for Sustainable Communities (RE Sources), a political advocacy organization that is “engaging in a political campaign to influence the outcome of at least two and possibly several additional measures appearing on the ballot in the November 3, 2015 General Election in Whatcom County.” Despite clear political activity, RE Sources has not disclosed any aspect of its campaigning to the public through the Public Disclosure Commission (PDC).

The complaint alleges that RE Sources is in violation of numerous provisions of the Public Disclosure Act. The violations include failure to file as a political committee with the PDC and depriving the public of the opportunity to have access to crucial information about the nature of the campaign it is running.

According to the complaint, RE Sources is attacking two Proposition 1 while championing Proposition 9—both proposition are on Whatcom County’s November ballot. Proposition 1 seeks to create a bi-district election for the Whatcom County Council. That means councilmembers would be voted in to office voters in the district in which they live and seek represent. Interestingly enough, though the Left has pushed for this voting scheme in other counties in our state, they oppose it in Whatcom County because it does not fit into their agenda—it would likely favor conservative candidates.

Alternatively, Proposition 9 would provide for five districts and two at-large council seats from three districts and one at-large seat under current law. The scheme would likely benefit Democrat candidates and, due to that fact, RE Sources is working hard defying the law to champion Proposition 9 and disparage Proposition 1. The complaint reads,

On July 9,2015, RE Sources sent a blast email appeal to supporters and other members of the community to “defeat the coal industry and their district-only voting measure” and to “Give today so we can get out the vote for 5 Fair and Equal Districts”. (Att. 5) Further, the email implores the recipient to “…make a gift right now so we can build our war chest and launch an aggressive get-out-the-vote campaign” and “…a lot has to happen now to make sure we are organized and ready to go. This includes recruiting volunteers, identifying key precincts, securing walking lists, purchasing ad time, printing mailers, registering new voters, and hosting public forums-” Finally, the email states “At Tuesday night’s County Council meeting, Council members voted 6 to 1 to put our (emphasis added) five fair and equal voting districts on November’s ballot. This victory is your victory: you signed the Petition, you spread the word, and you submitted public comments in support of our measure.”

The complaint goes on to detail other incidents of campaigning against Proposition 1 and for Proposition 9. Of course, the problem with RE Source’s campaigning is that it has not filed any of its activities with the PDC. Rather, it is filed as a charitable organization.