A 4-year-old child was nearly abducted from the boardwalk near Edmonds Yacht Club Sunday night. Thankfully, the little girl knew enough to go tell adults and did not leave with the 59-year old woman who had also been taking photos of the child. When adults confronted the woman, she fled the scene in a truck with another male and female. The suspect was later found by police and booked into Snohomish County Jail on child luring charges. 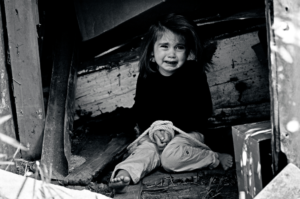 This serves as a frightening reminder that due to our multiple ports and International border, Washington State is a hotbed for the $42 billion a year human & child-sex trafficking industry. After drug dealing, human trafficking is tied with the illegal arms industry as the second largest criminal industry in the world today, and it is the fastest growing. Police estimate up to 500 teens, some children as young as 12 years old, are working as sex slaves every day in King County alone. They’re part of a highly organized system where women and children are bought and sold, imprisoned, drugged, and repeatedly raped. 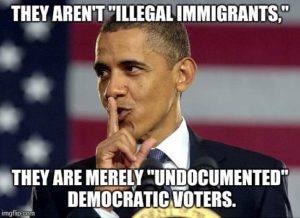 What you probably don’t know is that the agency leading the fight against human traffickers is the same one Democrats are relentlessly trying to destroy – U.S. Immigration and Customs Enforcement’s (ICE). According to a report from the Federation For American Immigration Reform (FAIR), about 17,000 to 19,000 foreign nationals are victims of human trafficking in the United States annually. The inconvenient fact liberals choose to ignore, is that many of the “children in cages” were sold by or taken from their parents long before coming to the U.S. Our failure to enforce our immigration laws is why they come here. They also don’t mention the fact that ICE also handles investigations into firearms and explosives smuggling, narcotics enforcement, cyber crimes and money laundering.

ICE is also the largest contributor to the FBI-led Joint Terrorism Task Forces and employs its unique and exclusive immigration and trade-based authorities to disrupt terrorist networks and prevent attacks against the homeland.

Right now our local law enforcement officers are furious and speaking out against the decision by King County Sheriff’s Office and Seattle Police Department leaders to deny their ability to share critical information with federal agencies including ICE, the FBI, the bureau of Alcohol, Tobacco, Firearms and Explosives (ATF) and the Department of Homeland Security (DHS) through a database called LInX (Legal Information Network Exchange) – a database that doesn’t even include immigration status of individuals. LInX was created in response to 9/11 as a necessary communication tool to prevent terror attacks.

For King County, the decision is necessary to comply with a February 2018 King County ordinance passed by council that prohibits the use of local resources to participate in ICE enforcement. As for the Seattle Police Department, they are refusing to officially provide a reason for shutting down the database. However, it is most likely an expansion of the political sanctuary-city movement meant to broadcast the dishonest message to illegal immigrants that they are safe here from the law being enforced against them. While it remains arguably contemptible for local authorities to choose not to comply with federal immigration laws, it is also a Constitutional principle guaranteed by the Tenth Amendment. Ironically, it’s a principle that’s known for being fiercely defended by conservatives resistant to big-government and an overreaching Federal bureaucracy. 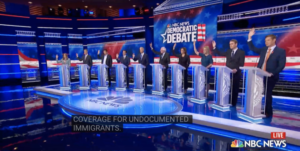 Today it is a political tool of Left who have their eyes on one prize: the estimated 70 to 80 percent of Latin American immigrants that will vote Democrat. Capturing Latino votes will guarantee them power over the White House and Congress for decades to come.

Bottom line is this: Liberals are politicizing local law enforcement at the sacrifice of citizen safety. The unintended consequences of sanctuary for illegal aliens is that it sends a message to criminals around the world that Seattle is a safe haven for terrorists, human smugglers, child sex traffickers, and exploitative employers.

Barring local police officers from collaborating with agents who have the jurisdictional authority to track and arrest dangerous criminals puts officers at risk and puts the public at risk. 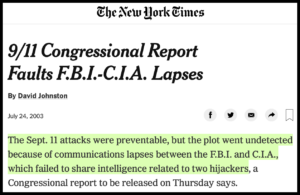 How many innocent lives have to be sacrificed so that selfish Democrats like Jay Inslee, Bob Ferguson, Dow Constantine, Jenny Durkan, and the other virtue-signaling, “moral heroes” can feel good about themselves? Hopefully it isn’t in the form of a 9/11-style terrorist attack, since we are going back to the broken system of 2001 which failed to prevent the murders of nearly 3,000 Americans.