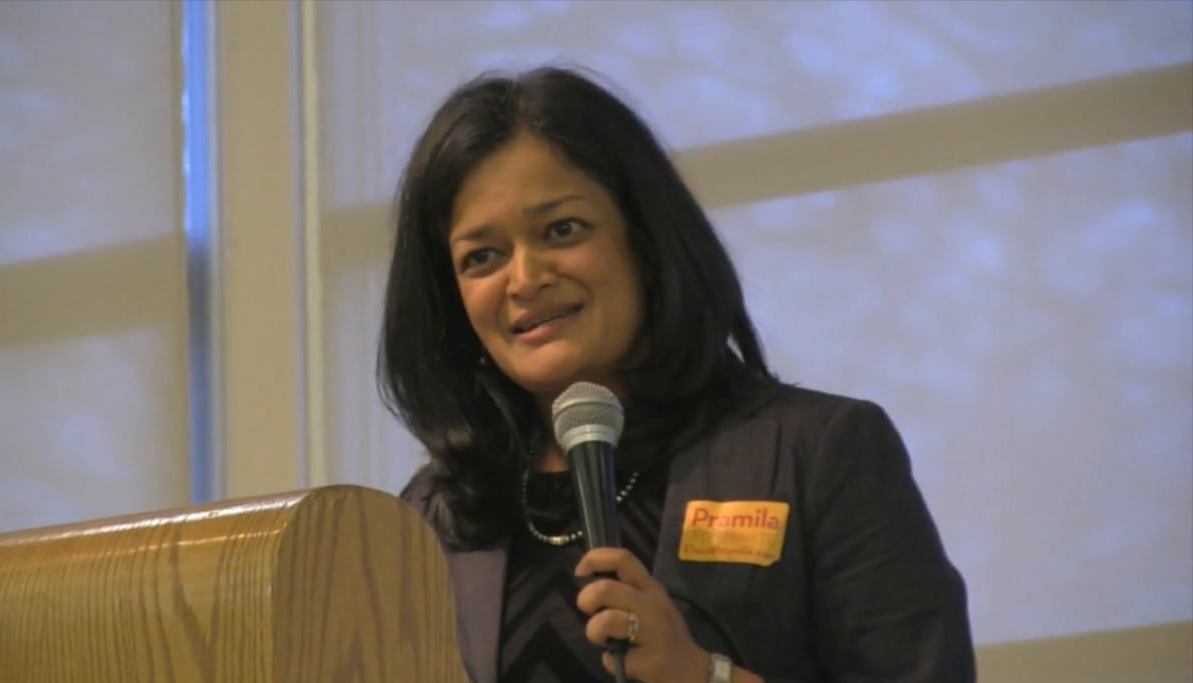 The social media adage that “haters gonna hate” was taken to a new level by Seattle’s professional protest crowd this week, when activists shouted down speakers at an event organized by the 7th District’s newly elected Congresswoman-for Life Pramila Jayapal, to declare “Washington a “Hate Free State.”

That’s right, with a variety of speakers ranging from Rep.-elect Jayapal, to Jay Inslee, to Seattle Mayor Ed Murray there to share some hate about Donald Trump, protestors showed up to highjack the event to get attention for their opposition to a new youth courthouse and jail.

According to the Seattle Times, “King County Executive Dow Constantine and Seattle Mayor Ed Murray were shouted down by activists protesting a proposed new youth courthouse and jail in the city… Speaking after Inslee, Constantine was shouted down by dozens of protesters who held signs saying ‘Defund Hate No New Youth Jail,’ and chanted ‘Constantine don’t jail our teens.’ He ceded the stage and said he would talk with the protesters privately.”

Whatever are Seattle liberals to do when they can’t even organize a media event to attack Donald Trump without themselves being attacked?