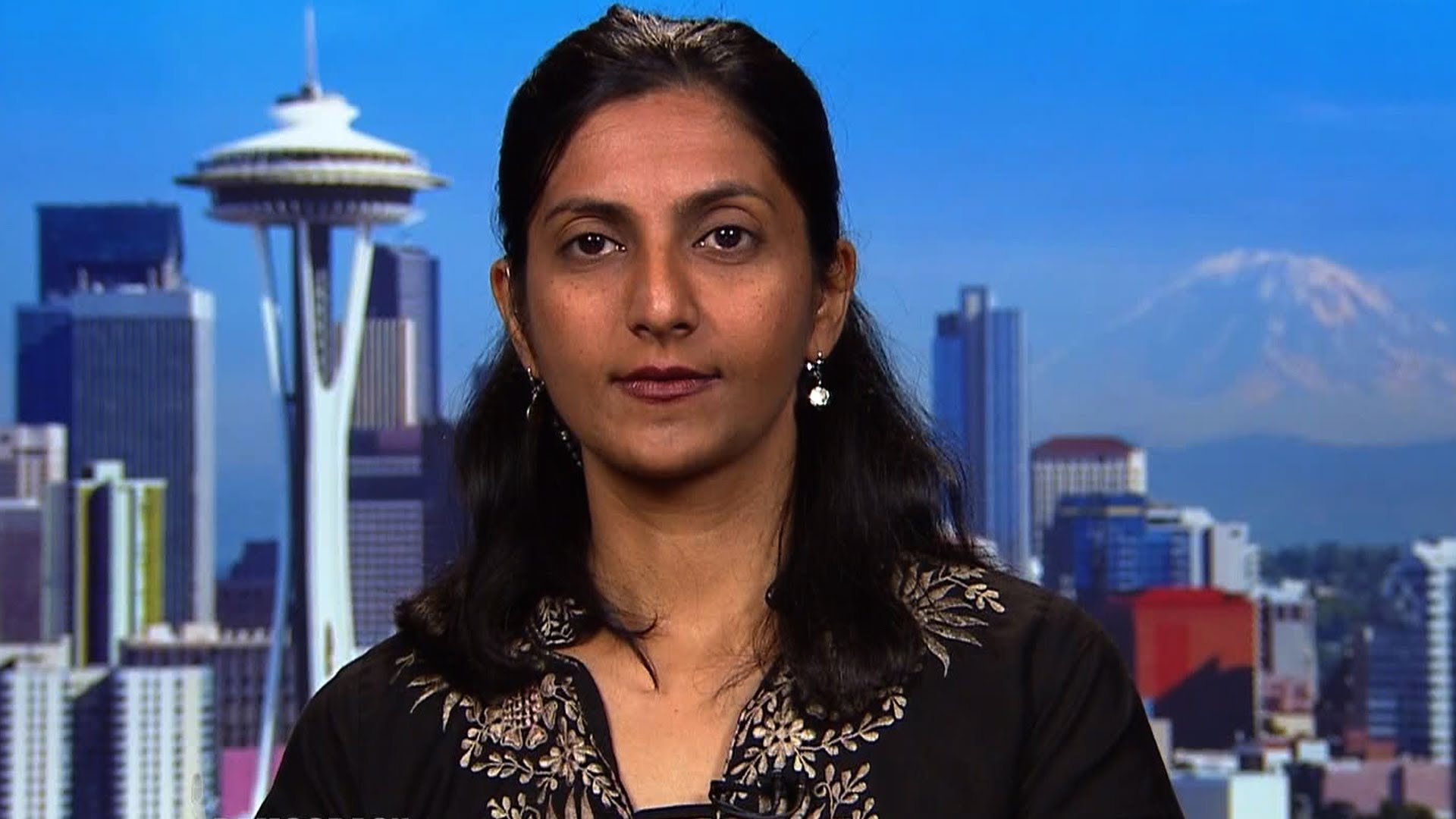 Socialist Seattle City Councilmember Kshama Sawant has embarked on her latest campaign to inflict economic damage on the city that elected her in 2013. The symbolic socialist is attempting to change the course of the tech revolution by eliminating so-called “profit-making billionaires” from the industry – you know the Bill Gates and Paul Allen’s of the world who, unlike Sawant, have contributed so much to our region’s economy.

According to Sawant, a “digital divide” between large tech companies and smaller businesses exists. That’s why the large companies must be purged.

Sawant has never hid her opposition to rich people, in the tech industry or otherwise, but now she’s acting on her bizarre ideology. The socialist is even on record advocating bringing Microsoft and Amazon “into public ownership under democratic workers’ control to be run for public good, not private profit.”

Sawant is beginning her campaign by targeting telecom giants Comcast and CenturyLink—convenient targets considering the companies are often referred to as the most hated companies in America. The socialist has proposed establishing a city-owned broadband Internet utility – because, of course, the city is so well-known for its management abilities. Sawant plans for the government-controlled network to use and expand Seattle’s existing fiber network, allowing homes and businesses to access it and eliminating the need for Comcast and CenturyLink.

The City of Seattle has warned that operating its own broadband service would be too expensive, but that hasn’t stopped Sawant. Rather, she is choosing to ignore reality—as she so often does. The Puget Sound Business Journal reports,

“Developing the infrastructure for municipal Internet would cost anywhere from $440 million to $660 million – the difference depends on how the public finances the project. Current studies show it could either be through a property tax (about $22 a year for a house worth $450,000) or bonds.

Currently, Seattleites pay an average monthly Internet bill from a private company of $56 a month. Sawant’s proposal would—ironically—only add to costs. A whopping 40 percent of the city’s internet users would have to sign up for a $75 monthly bill in order for the city to even break even. Inevitably adding to costs, Sawant has also proposed outfitting tent cities with Internet access.

“Alternate funding paths include either a partnership with the private sector – for which Sawant expresses zero enthusiasm – or removing the need for the service to attract customers, at least initially. This is the council member’s proposed path, accomplished by funding the project through a citywide property tax hike.”

On her path to destroy what she views as evil profit “takers”, it’s Sawant’s way or the highway—much like the $15 minimum wage push in Seattle. Sawant has refused to entertain less complicated and cheaper ways to bridge the “digital divide” and, by doing so, revealed her true agenda. Crosscut,

“One option, proposed by recent Seattle CTO Bill Schrier, is to subsidize Internet subscriptions for low-income individuals and small businesses. This, he argues, would immediately eradicate the ‘digital divide’ at a fraction of the price of a municipal network, and without a lengthy battle with telecoms.

“Sawant dismisses the option out of hand, even as a stopgap measure.

“‘If you offered subsidies, what options would they have? You’d be subsidizing them to use Comcast,’ she says. ‘What does that achieve anyway?’

“With this statement, Sawant hits on the central drive behind her municipal broadband campaign. The core purpose isn’t necessarily to expand Internet access, or make it cheaper, though both are desired outcomes. It’s to diminish the influence of powerful, profit-oriented interests in tech.”

Sawant has no plans to limit her war on the tech industry to Comcast and CenturyLink. The socialist recently made bizarre comments criticizing what she appears to view as worthless competition among various products.

Sawant said of smartphones, “Does it benefit us to have an endless range of phones where, actually, we could have a few models of really well-functioning smartphones, and not have all these massive resources being devoted to having a little bit of an edge here, a little bit of an edge there? Rather than having those resources dedicated to solving the basic problems of society?”

She continues her bizarre tirade against competition by stating (emphasis added), “How do we bring the global economy to function in an efficient way, where resources are directed to the most pressing needs, rather than this nonsense of competition? The alternative would be these technological companies, or any other company really, being democratically owned by humanity, by people, precisely because we all have an interest in solving these basic problems.”

Sawant fails to understand that the very competition she derides is all that is needed to lower Internet costs in Seattle. In fact, not only would additional healthy competition for Comcast and CenturyLink bring costs down, it would also bring quality up. It’s basic economics—something Sawant has great difficulty understanding.