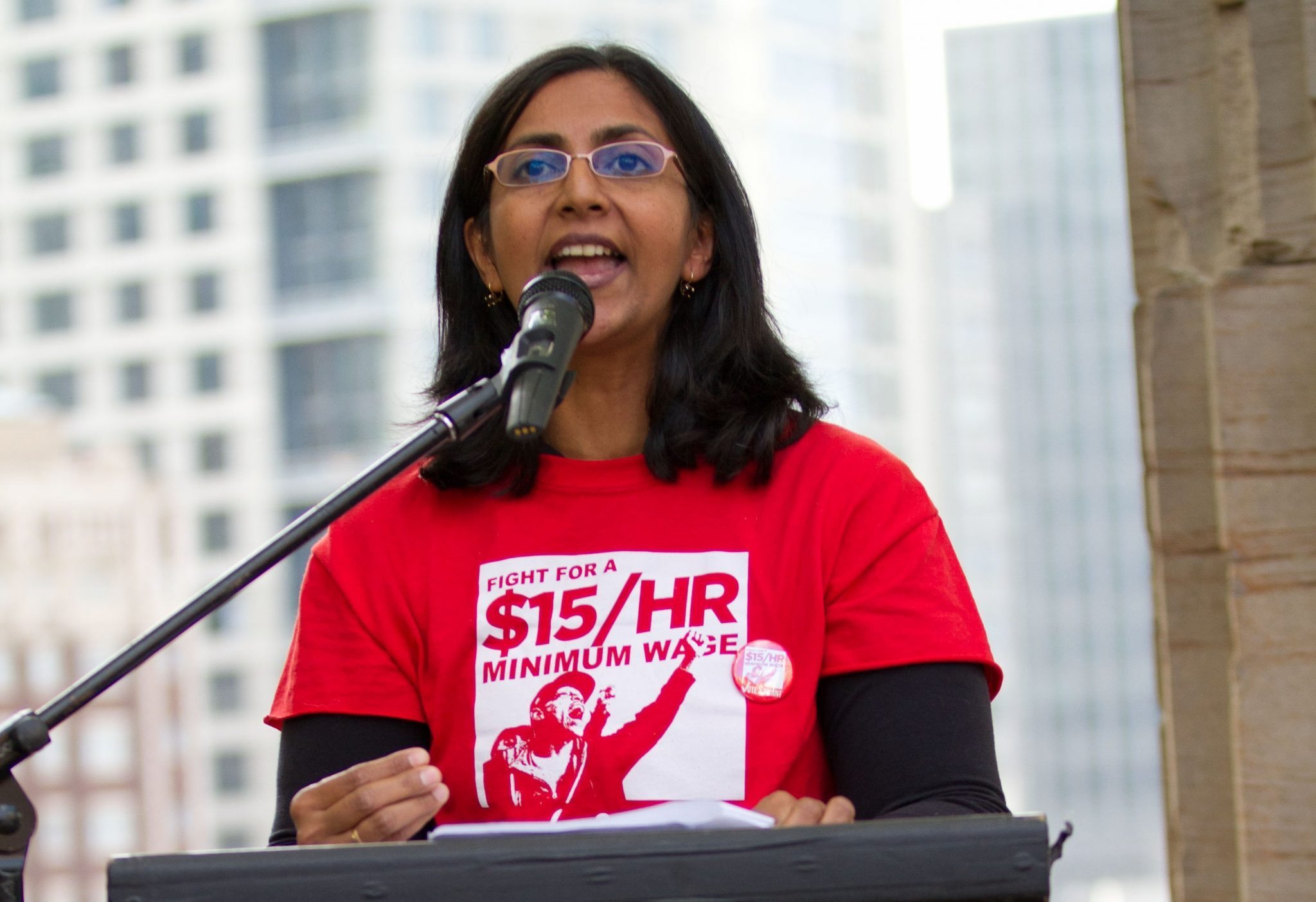 On Monday, KIRO Radio’s Dori Monson finally succeeded in getting socialist City Councilmember Kshama Sawant on his show—something Monson has been trying to do since Sawant stood him up in November 2013.

Unfortunately for Monson, his interview didn’t last all that long. After coming on 10 minutes late, Sawant proceeded to hang-up on Monson after only a few minutes.

Monson had Sawant on to discuss Seattle City Light CEO Jorge Carrasco’s outrageous $60,000 pay raise on top of his $245,000 per year salary. Monson and Sawant started off in agreement on the topic of raising the salary of Seattle’s already highest paid city employee, both expressing their disapproval.

But, it didn’t take long before Monson managed to find an area of disagreement with Seattle’s socialist councilmember. Monson asked Sawant “about a few other people she’s associated with that make pretty hefty paychecks” including powerful union bosses the likes of SEIU’s Mary Kay Henry and AFL-CIO’s Richard Trumka.

Sawant refused to condemn the high salaries of union bosses, dodging the question by repeatedly referring back to the “excesses of Wall Street executives.” When Monson pushed for a yes or no answer, Sawant hung up.

Check out the short interview and Monson’s humorous reaction below:

After realizing her mistake, Sawant attempted to make amends and answer Monson’s question on KIRO’s The Jason Rantz Show. However, Sawant never actually gave a “yes” or “no” answer. She instead stuck to her talking points.