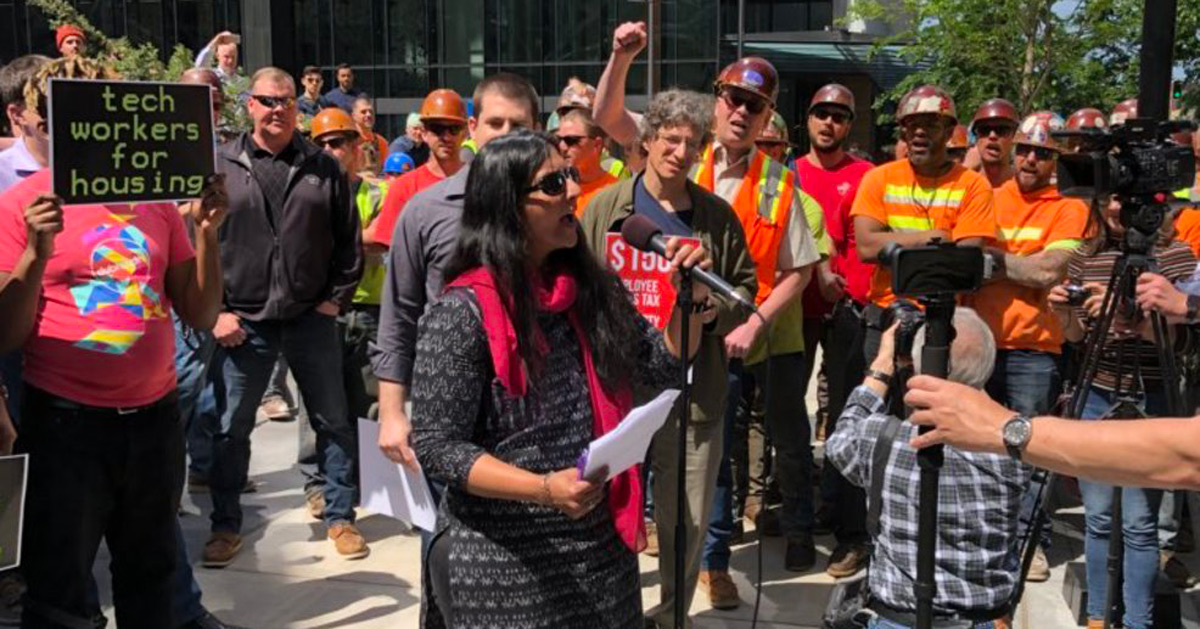 Seattle loves a cause – and its elected leaders love to get all wrapped up in the symbolism of those causes. The Seattle City Council was mocked in the ‘90s-‘00s for its circus-animals-and-dams activism – but that council couldn’t hold a candle to today’s collection of far-Left activists competing to out-Left each other.

Councilmembers’ cause du jouris “saving” the Showbox, the somewhat legendary (it’s not like it’s the Apollo or anything) music venue near Pike Place Market. The site’s owner is proposing a 42-story tower on the block, with retail below and 442 apartment units above.

Which sounds needed in a city that is still playing catch-up on adding enough housing to handle population growth. But the city council is ignoring that, because there are votes to be found in “saving” the Showbox.

Some area music fans reacted nostalgically, and some angrily, when plans for the site’s redevelopment were announced. It brought to mind the old “Deep Thought by Jack Handey” about pirates. The real treasure, music fans, is the memories of great concerts you attended, not the venue itself.

It’s cheap and easy for the activists being appeased, too. It’s always cheap to block a $100 million building on a property you don’t own. Cost to you: $0.

City actions to more permanently block development are under consideration. For now, the city council extended the boundaries of the Pike Place Market Historic District – a tiny little carveout that includes only the Showbox – but that designation lasts a mere 10 months.

Seattle just not that into property rights

The question for city councilmembers is how they can more permanently “save” the site from being turned into something useful. And what about the development opportunity the city is taking away from the property owner? The proposed development, after all, was perfectly allowable under the zoning in place when the project plan was filed.

But you didn’t expect the Seattle City Council to show respect for property rights, did you?

Local government in Seattle frequently shows contempt for the whole concept of property rights. The Showbox is just the latest example. Consider a few other high-profile ones:

The Showbox site’s owner, Roger Forbes, isn’t rolling over for the city. Attorneys for Forbes filed a $40 million suit against Seattle, saying councilmember aren’t following proper procedures and are singling out the property with a “discriminatory spot zone.”

They argued the city isn’t using its powers fairly – and they found a novel way to frame that argument in Trump-resisting Seattle. “When politicians cater to populist calls — whether those calls are ‘lock her up,’ ‘build the wall,’ ‘ban Muslims,’ or ‘Save the Showbox’ — civil and other rights are placed at risk,” Forbes’ attorneys wrote. “Populism, and politicians’ desires to appease their loudest constituents and generate headlines must, however, yield to the rule of law.”

The city just recently upzoned the block to allow for even higher building heights. So how is now requiring the site to be a music venue not pulling the rug out from under the property owner? That’s exactly what’s happening, but by the city council’s figuring, that’s OK. It’s only taxpayers’ money they’re risking anyway.

But have no fear, Socialist Councilmember Kshama Sawant has a solution: Taxpayers can buy the site…because concert venue ownership is totally a core government function, right?