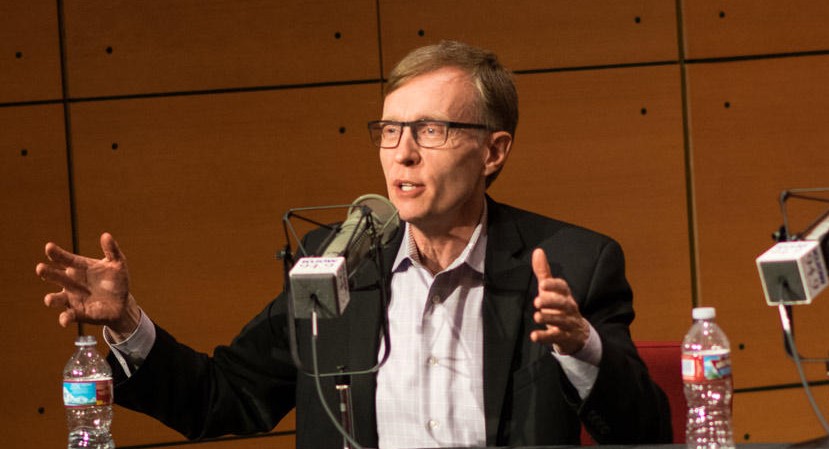 This week’s Newsmaker Interview is with former Washington State Attorney General Rob McKenna (2005 – 2013), who discusses the much-anticipated lawsuit that will be filed soon (possibly later this week) against the

recently passed “capital gains” tax. The legislation (SB 5096), which was passed mostly along party lines, is the Democrat’s latest attempt to impose a state income tax on Washington State residents. McKenna will be arguing the case on behalf of the Opportunity for All Coalition, the same organization which was responsible for the successful legal challenge against the City of Seattle’s income tax.  In the exclusive interview, McKenna outlines the key legal arguments for those who contend the capital gains tax is unconstitutional and legal precedent supporting those claims.

On behalf of the group Opportunity for All, you plan to file a lawsuit stating that the recently passed capital gains tax is unconstitutional.  What is the legal argument behind your lawsuit?

Our complaint, which will be filed by a group of small business owners and farmers, will argue that the capital gains tax is not an excise tax, it’s an unconstitutional income tax. Even if found to be an excise tax, however, the capital gains tax is illegal because the tax is imposed on the basis of the taxpayer’s residence, not on where the taxable event occurs. It attempts to reach taxable events outside Washington, which the State’s excise taxes may not do.

A couple of weeks ago, the Freedom Foundation filed a similar lawsuit in Douglas County.  Is there any significant difference in the suits and is there any chance the two suits will be combined?

The two lawsuits are similar. If we file our complaint in Douglas County, where one of our plaintiffs resides, they will be consolidated into a single case, as happened in our successful lawsuit to invalidate the Seattle income tax.

There is no legal argument that your income is not your property, just a policy argument. Washington’s constitution

defines property as everything, whether tangible or intangible, that is subject to ownership. Income is certainly part of “everything,” and it is an intangible form of property that is owned by the people who earn it. To suggest otherwise is to say that you don’t own your income; but if I don’t own my income, how can I be liable for paying tax on it?

If Washington voters want to exempt income from the constitution’s definition of property so that it can be subjected to a progressive income tax, they must amend the state constitution. In fact, there have been six separate public votes on such a constitutional amendment since the 1930s, and all have failed. There have been four other statewide initiatives to impose a graduated income tax, and they have all failed, too; the most recent, I-1098 in 2010, lost by nearly 2-1. So Washington voters have rejected proposed state income taxes 10 times. In addition, the constitution’s definition of property remains unchanged, yet income tax proponents continue to insist Article VII, Section 1’s plain language – “The word ‘property’ as used herein shall mean and include everything, whether tangible or intangible, subject to ownership.” – does not mean what it plainly says.

The Democrats have labeled the new tax an “excise tax.” Are you aware of any other federal or state law that is similar, or is this like our state’s B&O tax, and unique across the country?

No taxing jurisdiction in America – federal, state, or local – imposes an excise tax on capital gains. The IRS, Congressional Budget Office, and 49 state revenue departments all say that a tax on capital gains is an income tax, because that it plainly is an income tax. Relabeling an unconstitutional tax does not change its substance and cure its constitutional defects, as the U.S. Supreme Court and Washington Supreme Court repeatedly have held.

So yes, Washington’s new capital gains excise tax – which is really an income tax – is unique in America. Our state B&O tax is also unique, as a tax on business gross revenues. However, it has been upheld as a legal excise tax because it is imposed on the privilege of conducting business in our state, and only reaches income attributable to a business’s activities in Washington. Our state Supreme Court has ruled that taxes on earnings – whether corporate or individual – are income taxes because earning income is not a “privilege.”

How does the creation of a state income tax like this hurt our state’s competitiveness, especially with high tech firms?

Washington has long enjoyed a competitive advantage by not imposing state or local income taxes. If you’re a tech worker – or worker in any industry or profession – and move here from a high-tax state like California, it’s like suddenly getting a pay raise. Until just very recently, Washington’s Department of Commerce regularly touted on its website the absence of a state income tax, when promoting our state as a location to start, grow or relocate a business.

There are some who theorize that Democrats would not have gone through the hassle of imposing this tax unless they were certain they had enough votes on the Washington State Supreme Court to uphold this tax. What would you say to those who support this conspiracy theory?

by the Supreme Court. They have also managed at times to muster two-thirds’ support in the House and Senate for constitutional amendments, sending them to the voters, only to see those amendments defeated. Today, capital gains tax proponents apparently hope they can find more votes on the Supreme Court than they’ve been able to find at the ballot box. But, as I’ve already noted, for the Supreme Court to overturn 90 years of its own rulings holding that income is property in Washington, a majority of the Court would have to conclude that income is not part of “everything” or that it is “not subject to ownership.” The constitution’s definition of property, enacted when voters approved Amendment 14 to the constitution, has not been changed; neither has its plain meaning.