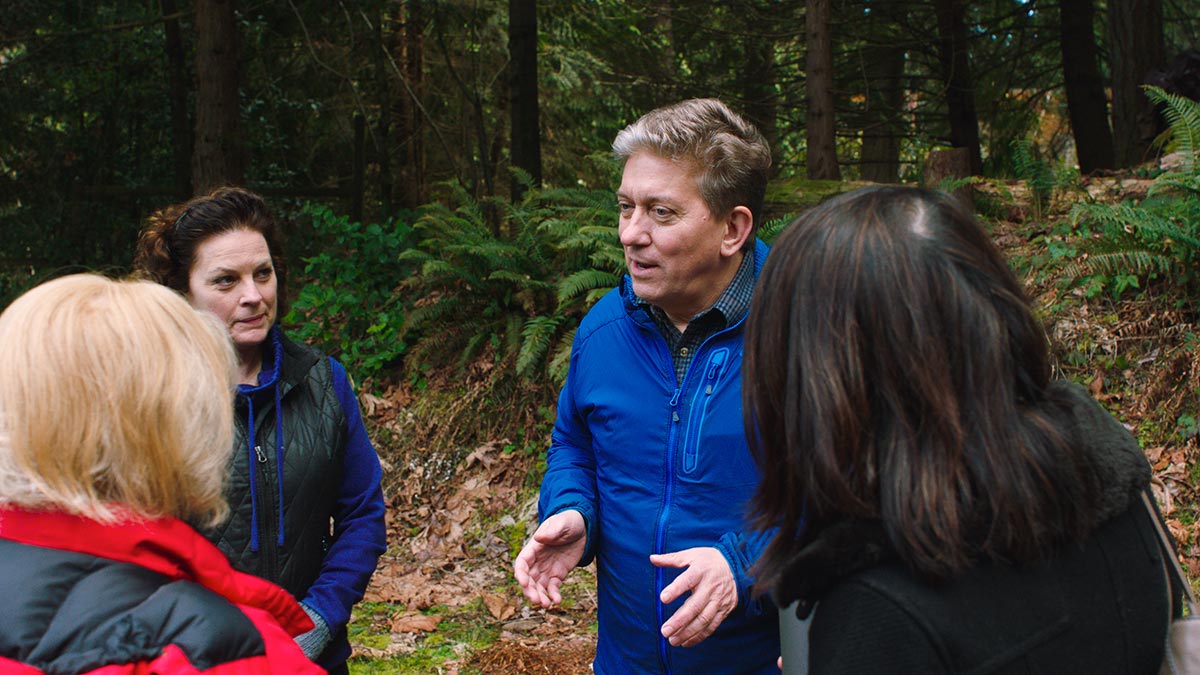 Respected attorney and community leader Mike Vaska announced he is running to become Washington’s next Attorney General.  In contrast to the ultra-partisan activities of the current AG, Vaska is running on the theme that he “is a professional lawyer and not a professional politician.”  You can learn more about Mike at his campaign website, MikeVaska.com.  In his interview with Shift, Vaska outlines why he is running for Attorney General, the use of taxpayer money to file partisan lawsuits against the Trump Administration, and the lack of leadership from the current AG on the homelessness issue.

You picked an unusual time to announce that you are running for Attorney General.  Why did you pick last week to announce?

First and most importantly, if you are reading this, I hope you are healthy and finding good ways to hunker down until the virus has peaked and we can begin to see the light at the end of the tunnel. I hope you are finishing those books you set aside, or maybe organizing those family photos.

I never even imagined running for office during a pandemic.  And I thought really hard about whether this was the right thing to do now.  But big, transforming events like these highlight how important it is that we elect those who are highly capable, and who put leadership and community over partisanship.  That is how I’ve succeeded as a community leader, whether it was to fight for lower and more fair car tab fees, to provide better and more accountable transportation options in our community, or for new models for delivering local news.  Having a Big Tent approach to finding pragmatic solutions is also central to the mission of the statewide political group that I have chaired for the last three years, Mainstream Republicans of Washington, that builds on the legacy of some of our greatest political leaders, like Gov. Dan Evans and Sen. Slade Gorton, and has recruited and helped to elect some of our current statewide officials, as well as many for other offices.

Finally, I’m an optimist by nature, and by running now I wanted to convey my optimism that our communities, our country and our planet will get through this, and life will return to normal in the near future.  We can all look forward to getting out of our homes and out into the community for the things we enjoy.  I get that optimism from my dad, who came to this country as a teenager and refugee from Europe at the end of World War II.  He survived so much hardship, including being taken from his family by the Nazis and being homeless at the end of the war.  He taught me to look for hope in all situations and then work hard to make that hope become reality. “Don’t sweat it,” he would say, “good things are ahead if you work hard.”

Why should Washington State voters select you as their Attorney General?

As Attorney General, I will be focused on protecting the Evergreen State, protecting our communities, consumers, and the environment.  The current Attorney General has focused on other issues.  I like to say that “I’m a professional lawyer not a professional politician,” and I have been a lawyer for several decades at a leading Northwest law firm, Foster Pepper (now Foster Garvey), where I’ve led the firm’s consumer protection and antitrust practice. I’ve represented some of the most successful companies in our region, and I’ve also recovered tens of millions of dollars from multinational companies who have sought to cheat consumers by fixing prices.

But I also have deep experience and success in politics and on big community issues, which I’ve developed over decades as a volunteer leader. I’ve been a leader on many initiative and ballot campaigns, chaired an organization which has raised more than $1 million to help elect legislators over the last few years, and helped bring diverse groups together to solve tough challenges.

Even before the pandemic, our state was in desperate need for this type of leadership: highly skilled and willing to put leadership ahead of partisanship.  I’m running to offer my leadership at a time when I believe our communities and our state really needs it.

Current Attorney General Bob Ferguson has built a reputation for filing lawsuits against the Administration.  Do you think this is a good use of the Attorney General’s office?

Emphatically no!  Instead of being focused on protecting our state, our current Attorney General has become obsessed with filing these purely partisan lawsuits on national issues. He’s now up to 54, or more than one per month during this term in office.  They have become his white whale, like in the book Moby Dick.

But in addition to bringing hyper-partisanship into an office that has previously been run by both Democrats and Republicans in a non-partisan way,  the current Attorney General is diverting a lot of money that could be better used here at home to pay for his lawsuits.

As an experienced lawyer, I know that lawsuits are expensive to bring and conduct. The current Attorney General has admitted he has taken money from consumer protection accounts to pay for them.  Whatever you may think of the President or his policies, does it make sense to take money from consumers and vulnerable communities to pay for the Attorney General’s obsession?  I believe it does not.

Prior to the outbreak of coronavirus, homelessness was the biggest issue among state voters.  What can the Attorney General’s office do to reduce the number of people living on our streets?

I’ve talked to so many in our community who don’t feel safe walking our streets, and issues related to homelessness are a big part of that problem.  Homelessness is in part a humanitarian crisis, and in part a public safety crisis.  To meet the challenge, we must continue to rely on the great compassion of our communities, but also ensure respect for the rule of law, so that criminals are no longer allowed to prey on and hide among those experiencing homelessness.

The Attorney General—as the state’s chief legal officer—can bring together those diverse interests necessary to develop solutions.  The AG has lawyers working closely with people across our state that should be part of finding a solution, and also working with local governments on public safety issues.  Former Attorney General Rob McKenna used his convening powers to launch a program to combat human sex trafficking, which has been so successful it has been replicated in many other states.  Other state’s attorneys general have likewise used their convening power to address homelessness, but our current Attorney General has ignored the issue.

Homelessness is an issue statewide, but we each experience it differently in our own communities. For me, I was shocked when the judges in the King County Courthouse in Seattle closed the main entrance of the building because of violent assaults on those seeking to find justice inside; then a few weeks later nine people were shot waiting for buses at the other end of the same street; and, finally, the next day my colleagues at work told me even before these events they didn’t feel safe walking down that same street, where I our office is located, at any time of the day. We can and must do better to keep our communities safe.

As I mentioned above, my dad was a homeless refugee at the end of WWII.  He taught me it took both the compassion of the American-led forces and respect for the rule of law to lift up the huddled masses to a better life.  That is how I think we can solve the homelessness crisis.

On the personal side, what do you enjoy doing in your free time?

Until just a few years ago, most of my free time was spent around my two sons, coaching both of their soccer teams and leading them into the mountains with the Boy Scouts.  We climbed Mt. Rainier and several other of the big peaks in Washington, and also went on several 50-mile or longer hikes.

I grew up in an immigrant soccer community, where my dad worked to recruit coaches and build fields to bring youth soccer to the Eastside of Lake Washington.  So coaching my own boys was a nice connection with my dad’s legacy

I’m also usually knee deep into projects around our house and yard.  We built our own treehouse and have remodeled or finished the interior of several rooms.  I have several nail guns and two chainsaws that I put to good use frequently.

My Wife Camille and I also like to cross country ski in the winter, and hike in the summer, enjoying the natural beauty that our state has to offer.

To learn more about Mike Vaska and his AG campaign, you can visit his website at MikeVaska.com.