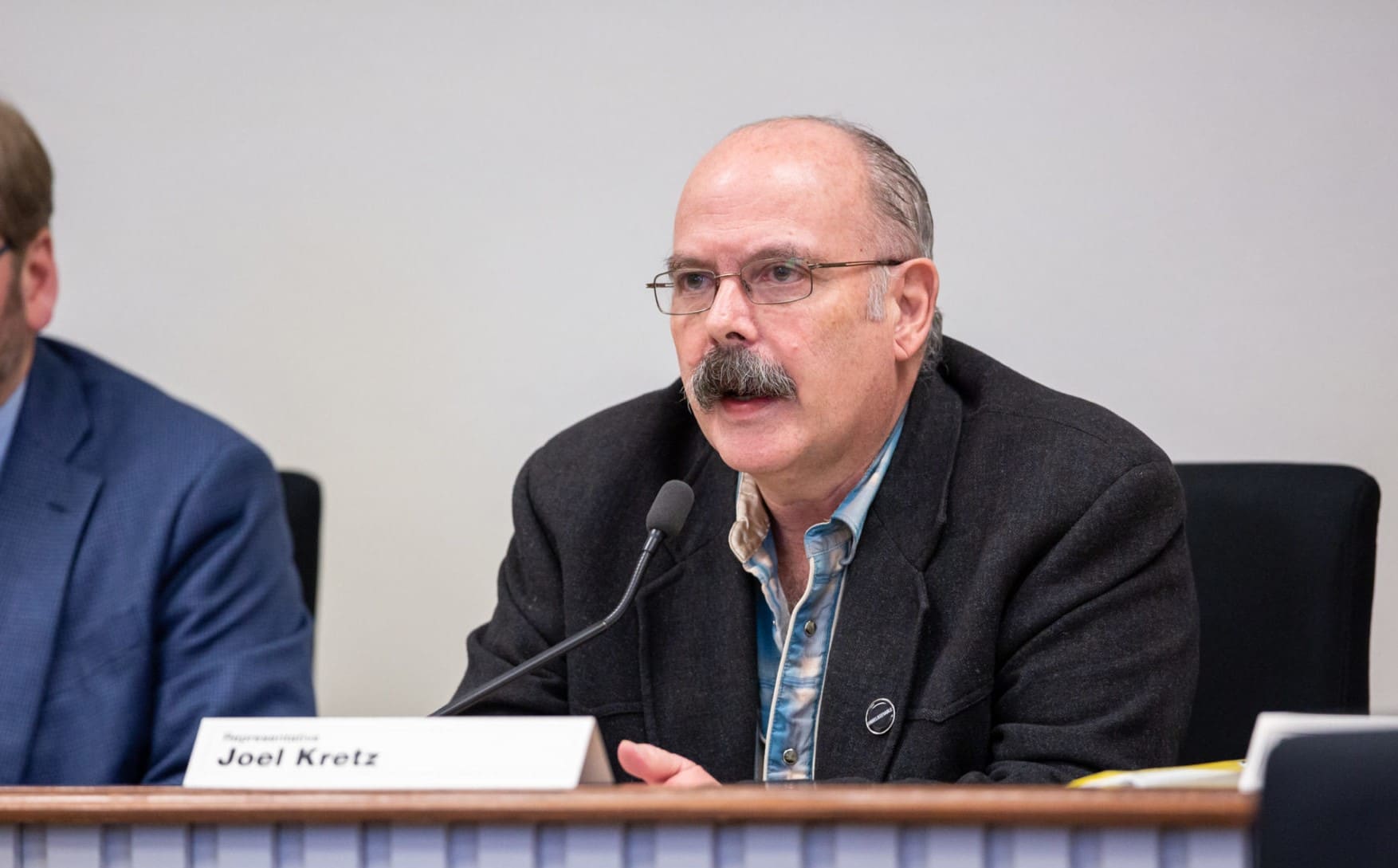 Shift’s Newsmaker Interview is with the outspoken Representative Joel Kretz (R – Wauconda) who has served the 7th Legislative District in Northeast Washington since 2005.  The Deputy Republican Leader of the House Republican Caucus is well-known for his strong views as he advocates for farmers/ranchers, rural communities, and the basic conservative principle of less government.   Representative Kretz is very direct in his criticism of Governor Jay Inslee’s latest attack on the state’s agricultural community when he surprised them with an expanded river and stream buffer plan (HB 1838) which would have caused many Washington farmers to go out of business.  He says that his constituents “want to know how the governor can get away with what he’s doing” as he continues to abuse his emergency powers for more than two years.  Representative Kretz also shares his views on how his Democrat colleagues have irresponsibly failed to fix the many problems with both their “police reform” package and their disastrous Long-Term Care payroll tax. We trust Shift readers will appreciate Representative Kretz’ views on the 2022 legislative session.

First, what has been your overall assessment of the 2022 legislative session?

Similar to last year, the online/remote nature of the session does not yield to good collaboration.  As the session has progressed, we’re seeing the majority party open the floor to more legislators, which is good. But for the most part, the ability to stop by a colleague’s office, catch a committee chair between hearings, or chat in the hall has been lacking.  Those small interactions are imperative for collaboration and open communication.

The state’s agriculture community was hit with the Inslee Administration’s HB 1838, which sought to drastically increase the size of buffers around rivers and streams.  It appears the bill has been killed for this session. What was your thoughts on the bill and what is the likelihood that it will be reintroduced in the future?

I’ve continually referred to that bit of misguided genius as a dire threat to agriculture, forestry, and food security.  Look, it’s no secret that our governor and his staff have barely concealed disdain for those of us who get dirt under our fingernails when we work.  It seems he can’t see ranchers, orchardists, foresters, and other landowners as anything but an impediment to salmon.

That particular bill was conceived in a vacuum of radical West coast environmentalism.  There was no collaboration with anyone in the agriculture community at all.  No, “Hey, how would this impact you?” Or “Can you tell me what you guys have done over the last decade to create better salmon habitat on your land?”

I had several ranchers and farmers tell me the day that bill becomes law is the day they’re out of business, period.  It’s untenable.  It’s not even a starting point.  I’m always amazed at how some are so consumed with the potential bovine footprint or micturition up in the middle of the mountains yet are so quick to turn a blind eye to the millions of gallons of raw sewage flushed into Puget Sound when it rains.  There is a duplicity here that has many of my constituents pretty upset.

There continues to be conflicts around grey wolves and the ability of ranchers and farmers to protect their livestock from predatory attacks. What has occurred on this issue during the 2022 session?

It appears the Democrat legislators have refused to support any meaningful reform of the governor’s emergency powers authority.  What are you hearing from your constituents on this abuse of power by Governor Inslee?

This is the number one issue I’ve heard for almost the past two years.  It beats out wolves, education, health care, elections – you name it.  You open up your email and it’s there.  You go to the store, and that’s the first thing people want to talk about.  You field a call from a neighbor you haven’t heard from in a few weeks, and they quickly bring it up.  They want to know how the governor can get away with what he’s doing.  People feel the separation of powers and their rights have been forgotten.  They get mad and I don’t blame them.  I’m mad.  Our form of government was not designed to run this way.  What’s the old adage?  Power corrupts; absolute power…well, you know the rest.

The Democrats quickly passed legislation which postponed the implementation of their Long-Term Care payroll tax and made slight modifications to the program, which analysts agree have made the WA Cares program less solvent.  Will the 2023 legislature need to make more fixes to the program before it is implemented?  What are your thoughts on this issue?

We’ll be dealing with Band-Aids on this thing for the next decade unless they scrap it altogether.  It’s so poorly conceived and written that any tweak they have to make on it in 2023 – and believe me, they will have to do something – will just result in further tweaks the next year, and the next.  So, they either listen to the will of the voters who soundly rejected this scheme, or they raise that payroll tax more and more, or decrease the benefit, or both.  The bottom line is they put a Band-Aid on it so they wouldn’t have to talk about it until next year.

The 2021 “police reform” bill is being blamed by many for contributing to the increase in crime in Washington State during this past year. Has the 2022 legislature made enough repairs to the package?  What more do you believe needs to be done to make our communities safe?

Things could always change at the last minute, but from what we’re seeing right now?  No.  The people who voted for this thing are kind of between a rock and hard place, really.  They went around all summer last year admitting there were problems and that they were going to fix it.  But now they get to Olympia and there are certain interest groups, and certain legislators, that resent any “fix” to the law. I’m guessing they’ll pass a very watered-down version of a “fix” so they can say they did something.  But law enforcement will still lack the clarity, the tools, and frankly the ability to keep our communities safe.