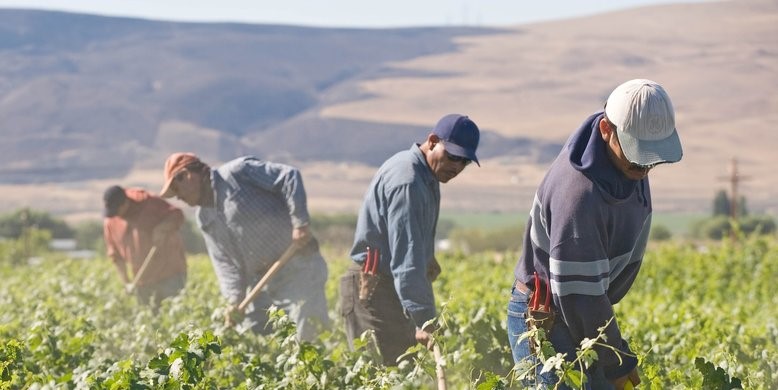 This week’s Newsmaker Interview is with Representative Alex Ybarra (R – Quincy).  The second term Central Washington legislator has been at the forefront of the immunization efforts of farmworkers through his

involvement with the Center for Latino Leadership.  Representative Ybarra has raised concerns about recent agriculture bills written and passed by Puget Sound liberals who have no experience in farming.  And what is worse, Democrat lawmakers do not feel compelled to even ask questions to those the bills would most impact.  As the Ranking Member on the House Education Committee, Representative Ybarra is one of the Republican’s leading proponents in stopping the liberal establishment from pushing their racist Critical Race Theory onto our school children.  Ybarra discusses these issues plus reforming the governor’s emergency powers, the impact of Low Carbon Fuel Standards on our state farmers, and the wildfires.

You have been active with Maia Espinoza and the Center for Latino Leadership to help farm workers receive the COVID vaccine.  How has that effort gone and is there more that should be done to protect farm workers?

The effort is going well. There is more to do as the virus numbers ebb and flow. We are still meeting twice a week to make sure our farmworkers are given the opportunity to get vaccinated.

Speaking of agriculture, the 2021 legislative session was a difficult one for our state’s farming communities with Seattle liberals, with no farming experience, regulating agriculture business.  What are your views on the overtime wage bill, and do you believe there is a chance that it can be revised to suit actual labor needs on a farm?

In my opinion, the other side of the aisle think they understand what Eastern Washington farmworkers need. Over the last 3 years I have been a legislator almost every agriculture bill passed hurt and did not help Eastern Washington farmworkers. Not one time in three years has anyone reached out to ask my opinion on upcoming bills even though I live in the middle of farm county, I’m a former farm worker and a Mexican American.

You are the ranking Republican member of the House Education Committee.  What are your thoughts about the controversial Critical Race Theory being taught to school children?

There are parts of CRT that, in my opinion, are racist. Wasn’t CRT put in place to help remove racism so why teach CRT if it continues racism. Let’s teach equity and inclusion NOT Critical Race Theory.

What are your thoughts on the Low Carbon Fuel Standard and Cap and Trade bills?  How will these climate bills impact the residents of your district?

They are tax grabs from the other side of the aisle. They “solutions” that don’t work. I worked on the California Cap

and Trade program as an energy analyst for Grant County PUD and much of the promises involved in passing that CA legislation have not transpired. Much of the taxes/fees collected from Cap and Trade were moved to the CA General Fund rather than investing in renewable solutions as promised. How will these bills impact our residents? TAX, TAX, and MORE TAX. Look at the price of gas at the moment, almost $4.00 per gallon. Expect than number to increase when this legislation is enacted.

Governor Inslee made many mistakes during the past 16 months, as he eliminated the legislative branch and local officials from having any input, let alone oversight, on his emergency orders?  How can Republicans encourage Democrat legislators to support reforming the governor’s emergency powers?

I doubt we can influence any Democratic legislator. My understanding is they will not break the democratic block for any reason.

We are again in wildfire season.  How are things in your district?  What more can we do to reduce wildfires in the future?

Legislation passed in the last session that moved major funding to help our forests. It will take some years to make our forests health. My district includes Kittitas County where many forest fires begin. Grant County and Lincoln County, which are part of my District as well, receive much of the smoke emitting from the Cascade forest fires.

If you could change one Washington State law, what would it be, and why?

The Governors emergency rules. What we have is one person dictating to all in the State of Washington and ignoring the duly elected representatives and senators. That is not how our forefathers envisioned how our country should be governed.

For more information about Representative Ybarra, please visit his official webpage at: https://alexybarra.houserepublicans.wa.gov/