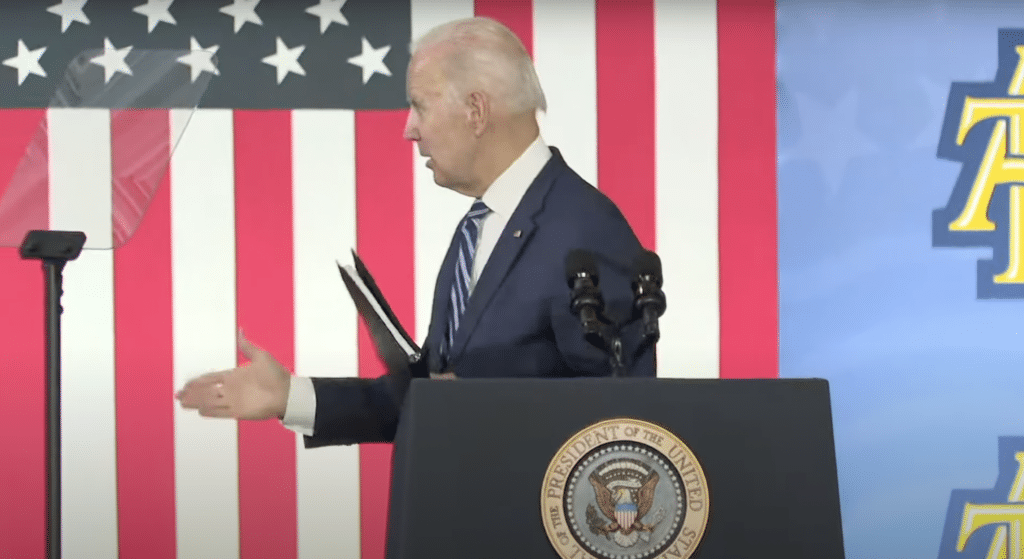 The following is a special op-ed from Republican U.S. Representative Dan Newhouse who represents Central Washington in Congress.   The column is in advance of President Joe Biden’s visit to Washington State this evening and tomorrow.

This Friday, President Biden is traveling across the country to Seattle in an attempt to boost his declining approval ratings and promote his multi-trillion-dollar “Build Back Better” agenda. The fact the President continues to stump for trillions more in federal spending amidst skyrocketing inflation and crushing costs at the pump demonstrates just how out-of-touch he is with the American people progressive policies. Crime is running rampant in Washington, and our police officers are being targeted and killed in cold blood. Fentanyl now floods our communities due to the President’s open-border policies and anti-police rhetoric. Gas prices have hit all-time highs in every community since the Administration took over, throttling our domestic energy sector from day one. Our supply chain has been devastated, and our farmers can’t get the inputs they need to produce the food that feeds this nation.

I am truly concerned about the direction our country is headed.

Unfortunately, I can’t. He continues to stand behind his progressive pipedream, reaffirming his support for all of the actions he’s taken over the last year that have pushed our communities to the limits.

We owe our children, grandchildren, and future generations a return to fiscal responsibility. That starts with legislating responsibly and thoughtfully—not just catering to radical interests in the Democratic Party. It’s time that the Administration learns: We don’t need bigger government, we need better leadership.

Rather than slashing domestic energy production, blocking essential workers from coming into our country, eliminating critical tools to protect our national security like Title 42, and failing to hold our trading partners to their commitments, President Biden should reverse course to empower the families, farmers, and businesses in Washington and across the country.

If there is one lesson President Biden takes away from his visit to the Evergreen State, let it be this: His policies are not working for Washingtonians, and when November’s election rolls around, Republicans in Congress will be ready and waiting to hold this administration accountable and stop them from harming our constituents—and our country—any further.