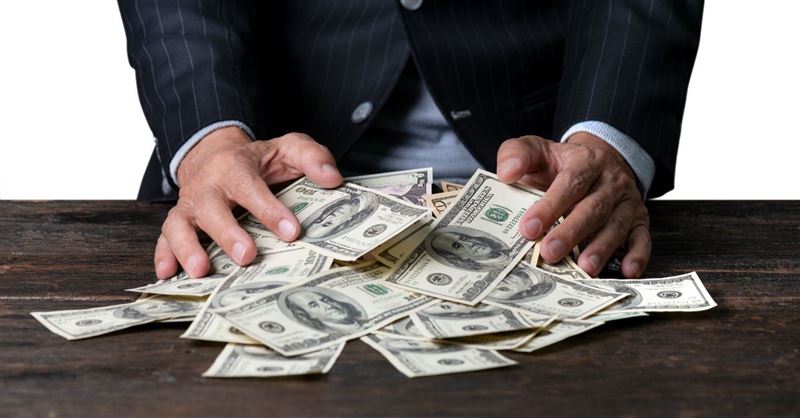 The COVID-19 pandemic has allowed government to pick economic winners and losers over the last year, especially with Governor Jay Inslee having unfettered “emergency powers” which legislative Democrats have refused to even review. So, with that power and no accountability, Inslee has ordered Washingtonians to stay home, lose their jobs, businesses, homes and savings, while at the same time he has used his dictatorial rule to give his union campaign donors lucrative pension deals because “our state employees have gone through a lot” during the pandemic.

So, let’s try and understand Jay’s logic. We know it’s hard, but bear with us.

According to Inslee, private-sector business owners and workers, who were forced to stay home by Inslee’s own “emergency” orders, should pay higher taxes to make sure state government employee pensions are not impacted by COVID. This after those very same state government employees received their full salary (and even received a pay raise!) paid for by the private-sector business owners and workers.

If it sounds ludicrous, it is. Even so, during the current legislative secret session, with gates around the state capitol to keep the public away from their elected officials, the legislature passed Senate Bill 5021 along party lines, and it was signed into law, in a hurry, by Inslee on April 7th.

State employees have a gold-plated pension plan (PERS2) that guarantees benefits once they have enough years of government service. The system takes the highest 60 months of consecutive salary as the amount the pension is calculated on. A state employee who works for 30 years for $100,000 a year makes $60,000 a year for the rest of their lives. They can retire at 55.

Democrat Senator Sam Hunt, who represents the City of Olympia itself, so he has no worry about the political consequences of putting unions first in line for government favors, is the prime sponsor of the bill. His crocodile tears flowed when he lamented that state employees have been “working remotely and are trying to adjust their work schedules” as justification for this expensive handout.

Pardon us, Senator Hunt – just about the whole state has had to work remotely (if the were lucky enough to keep their jobs) because of your governor’s random lockdown edicts, so where is the “fill-in-the-gap” money for everyone else?

In a breathless display of nepotism, SB 5021 was requested by the state employee unions whose pensions might be affected and voted on by legislators who are part of the same extremely generous pension scheme. And to cap it all off, they made it retroactive to 2013, which means any state employee who has been furloughed in the last 8 years (despite no coronavirus in 2013, last time we checked) will have their eligible salary increased as a result.

If you thought SB 5021 was bad, let us not forget the fake state employee “furloughs” last year that allegedly caused this problem, which Inslee proclaimed were instigated for the good of the state and to show how he “feels our pain”. This was a very calculated bait-and-switch to put more money in state employee pockets, which the mainstream media ignored, but Shift covered here.

Inslee, working with the state employee union bosses who have been so generous to his campaigns over the years, developed a scheme so that “furloughed” employees could file for unemployment when the federal government was putting extra money in, allowing them to make more money while they “furloughed” than had they been working.

However, to take edge of these “furloughs” starting last July, Inslee handed out a second pay increase in 12 months to state employees. That’s right, at the height of the pandemic last summer, Inslee was giving your tax dollars out to pay state employees more money, while he was requiring businesses who weren’t big donors to his campaign to stay closed.

In effect, Inslee gave every state union employee (as the non-union ones were exempted from his gift) four paid weeks off on the taxpayer dime just in time for the summer holidays.

The Department of Retirement Systems used the furloughs as justification for SB 5021, knowing the pay increases were already scheduled. Add in Inslee’s scheme to fleece the federal government out of higher unemployment benefits and those state employees made more during the furloughs than they did on the job.

Piling on to make things even worse, Inslee’s incompetent head of the Employment Security Department, Suzi LeVine (who recently was promoted to the Biden administration to wreak more damage), increased unemployment rates on businesses to pay for all the extra benefits paid to state employees while they were on their “Inslee-sponsored” vacation.

The Washington Federation of State Employees has lobbied Inslee and the legislature hard this session to make sure the miniscule sacrifices their union buddies were forced to make last year never happen again. Leanne Kunze, the union’s executive director, stated “State employees have done their part to help with our current budget dilemma.”

If doing your part is receiving pay increases and making more money while taking time off, then the union has already achieved its goals.

Meanwhile, Inslee will be returning to the secret backroom “negotiating” table next month to promise more pay and benefit increases for his union friends. Magically campaign donations will flow to him and the Democrat Party thereafter. If asked, there is no connection.