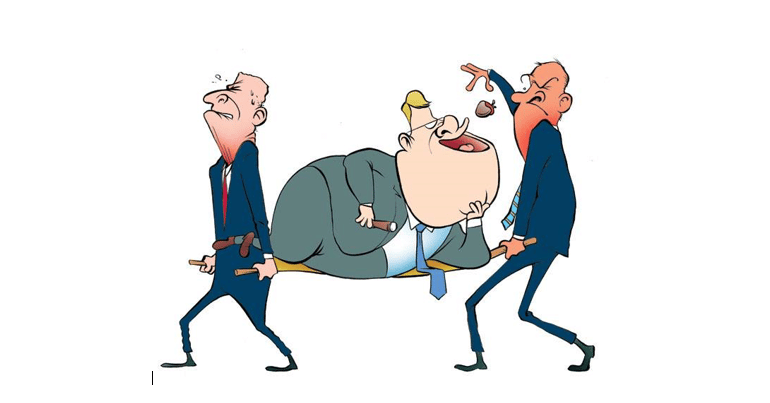 The Washington Federation of State Employees (WFSE) declared on Wednesday they have obtained, “The largest compensation package in our union’s history” thanks to its secret behind-closed-door “negotiations” with Governor Jay Inslee, whose campaigns the union has strongly supported financially with millions of dollars (through both direct campaign contributions and “dark money” political activities). This is the latest example of Governor Inslee paying off his campaign supporters using taxpayer money and the main reason why the governor and Democrat legislators refuse to provide any form of tax relief to lower- and middle income families who are currently suffering financially from skyrocketing inflation and high gas prices.  Simply put, Governor Inslee has used billions in surplus tax revenues to pay off his financial supporters while the rest of us are told we must pay higher taxes.

After receiving three pay raises in the past two years (and not missing one paycheck during the governor’s economic shutdown of the state), the WFSE says its members will receive another 4% raise next July, and 3% raise the following year. State workers will also be given a “retention” bonus of $1,000 by simply not quitting their job between July 1, 2023 through July 1, 2024. They will also be handed a $1,000 check if they agree to receive a COVID booster shot. The state’s taxpayers will also be forced to pay more of the union members’ health care costs and more pay for state workers’ overtime.

In the WFSE announcement of its latest taxpayer-funded financial windfall, the union pushed the false narrative that they won this contract, “because our members stepped up and stuck together.” The truth is they “won” this contract because they have used the forced dues of their members to reward Democrat candidates through campaign contributions. In return, the Democrats make sure tax money keeps flowing into union bank accounts by giving higher salaries to government union employees and constantly increasing the number of state workers who must pay dues.

Jason Mercier of the Washington Policy Center makes the reasonable assumption regarding what responsible state leaders would do to provide tax relief after WFSE made their announcement and the state revealed there is a $1.5 billion tax revenue surplus. Mercier writes that given these pieces of information it would be reasonable to assume that “the governor will also soon be announcing his support for tax relief” for state residents, as has been done by nearly all other governors across the country with state revenue surpluses.

Unfortunately, almost no one believes Governor Inslee will take this responsible actions to help lower- and middle-income households which are financially suffering due to the Democrats’ inflationary policies.  The governor has constantly shown that not only does he place the needs of campaign donors (like state workers and their union) above the needs of taxpayers, but he has actually demonstrated that he ONLY thinks of government workers’ desires and completely ignores the needs of taxpayers.