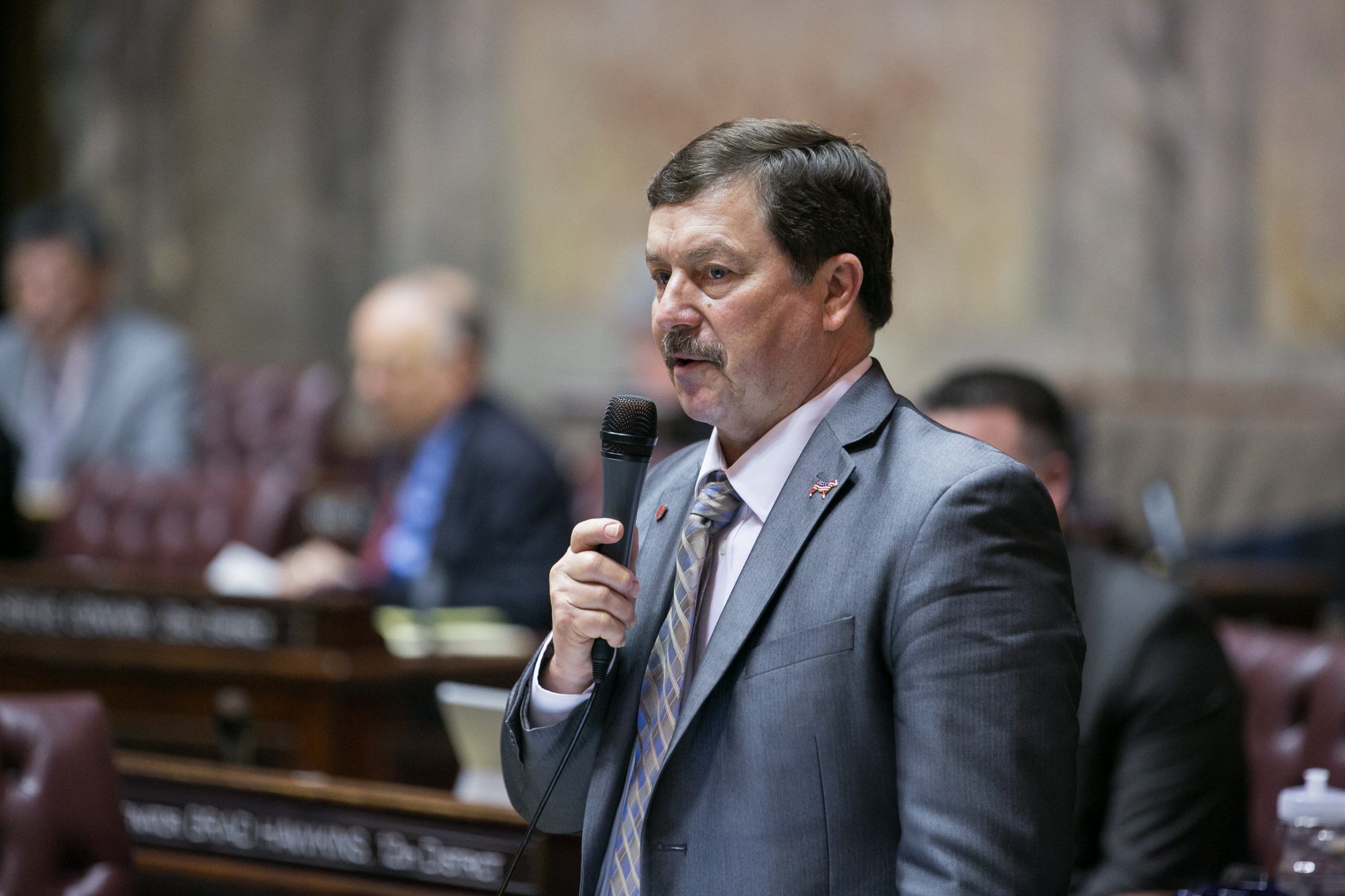 Mark Schoesler is a fifth-generation wheat farmer from Ritzville and the Senator from the 9th Legislative District, which takes in all or parts of Adams, Asotin, Franklin, Garfield, Spokane, and Whitman counties.  Schoesler is the Senate Republican Leader.  First elected to the House in 1992, he has served in the Senate since 2005.

We appreciate Senator Schoesler taking a few minutes to answer a few questions for ShiftWA readers.

Given Republicans are in the minority in both chambers and the far left appears to control the Democrat party, what will be your goals for the Republican Senate Caucus in the 2020 legislative session?

Our caucus will say “no” to bad ideas and we will lead with better ideas and solutions to those pressing issues of our state. This has been our approach for many years, regardless if we are in the majority or the minority.

For example, several of our members have bills to redirect sales tax from motor vehicles from the operating budget to the transportation budget where it properly belongs.  This would allow needed road and transit projects to continue while at the same time giving people the relief on car tabs that our members have been fighting for.  Democrats seem intent on punishing voters for their approval of I-976.  Passage of any of these bills would prevent Democrats from saying they do not have the money to complete roads.

Historically, farmers and ranchers used to be well represented in the legislature, today there are just two or three.  How do you account for this decline?  How does this impact legislation that impacts agriculture?

There are several reasons for this decline. There has been a consolidation in much of agriculture over the years. With our state’s redistricting process, the more populated areas that have no farmers or ranchers have gained more legislative seats while the more rural areas have seen a decline in seats.

As a result, you have fewer legislators who understand agriculture and the negative impact that some of our proposed laws have on ag in Washington. I believe that those legislators who are farmers and ranchers have to make the case to the public that, time and again, agriculture is a price taker and not a price setter. By this, I mean that when there are higher labor costs and higher taxes and higher insurance premiums, agriculture usually has to absorb those costs, which hurts farmers, growers and ranchers. Unlike some corporations, you often can’t pass along those costs if you’re in agriculture.

I am very excited about the addition of Senator Ron Muzzall (appointed to replace Senator Bailey in the 10th LD) to the caucus.  Not only does he come from a farm and ranch background, but he lives on the west side and can help educate other members there whose closest contact with agriculture might be a pumpkin patch around Halloween.

Governor Inslee plans to have the Snake River dams be a focal point this year with his ¾ million-dollar study and public hearings.  How do you see this issue playing out during the session?

I see it as a waste of money that would have been better used for improvements or increases to hatcheries that actually benefit the number of salmon near-term. The money used for the dam study could have been used on managing the predators, especially sea lions, that have decimated our salmon populations in the Columbia River.

The four Snake River dams contribute to our clean energy grid and removing them would not only take away a source of clean energy, it would hamper the barge system that transports our wheat to ports downriver and eventually around the world.

What’s really annoying is that this is federal issue, not a state issue, because the Snake River dams are federally owned and operated. The dam study is a way to pander to environmental extremism. Depending on what the dam study report shows, there might be legislation by Democrats calling for the dams’ removal, but it won’t matter because, as I mentioned, the feds own and operate these dams.

I am also excited that several of our members have traveled to Alaska to gather information about their very successful public/private salmon hatchery program.  We are hopeful that the establishment of that program here can add a whole new population of salmon which can benefit not only our orcas but our tribal, recreational and commercial fishermen.

It often appears that members from the west side of the state have lack of understanding of the issues important to those on the east side.  What can be done to improve this situation?

I think that the chambers in the Tri-Cities and Pullman/Clarkston region did the right thing during the 2019 interim by hosting legislators from Western Washington and showing them how the Snake River dams operate and how and why they matter to that region. The tour given by the two chambers showed the real side of agriculture and rural life in Eastern Washington.

But I think my legislative colleagues from west of the Cascades need to listen to everyday people in Eastern Washington and consider how a proposed law might affect them. Don’t just ask me how a bill might impact them, ask the small business owner in Pend Oreille or Asotin County what it’s like out there.  And I always let members of the legislative community know that they have an open invitation to sit with me in a huge combine as I bring in part of the wheat crop which is so important to our state’s trade balance.

If you could pass one piece of legislation that would most benefit the constituents of the 9th Legislative District, what would it be?

A state constitutional amendment requiring a two-thirds yes vote on taxes.  Even though we had a $3.5 billion surplus this year, the Democrats decided that they needed to pass $26 BILLION in additional taxes over the next 10 years.

The economy is booming now.  But what goes up must come down.  When there is a downturn, it is our most vulnerable neighbors who will be hurt by the inevitable cut in government services.  We should be saving money and paying down debt to prepare for that rainy day.

To contact Senator Schoesler, please email him at: [email protected]