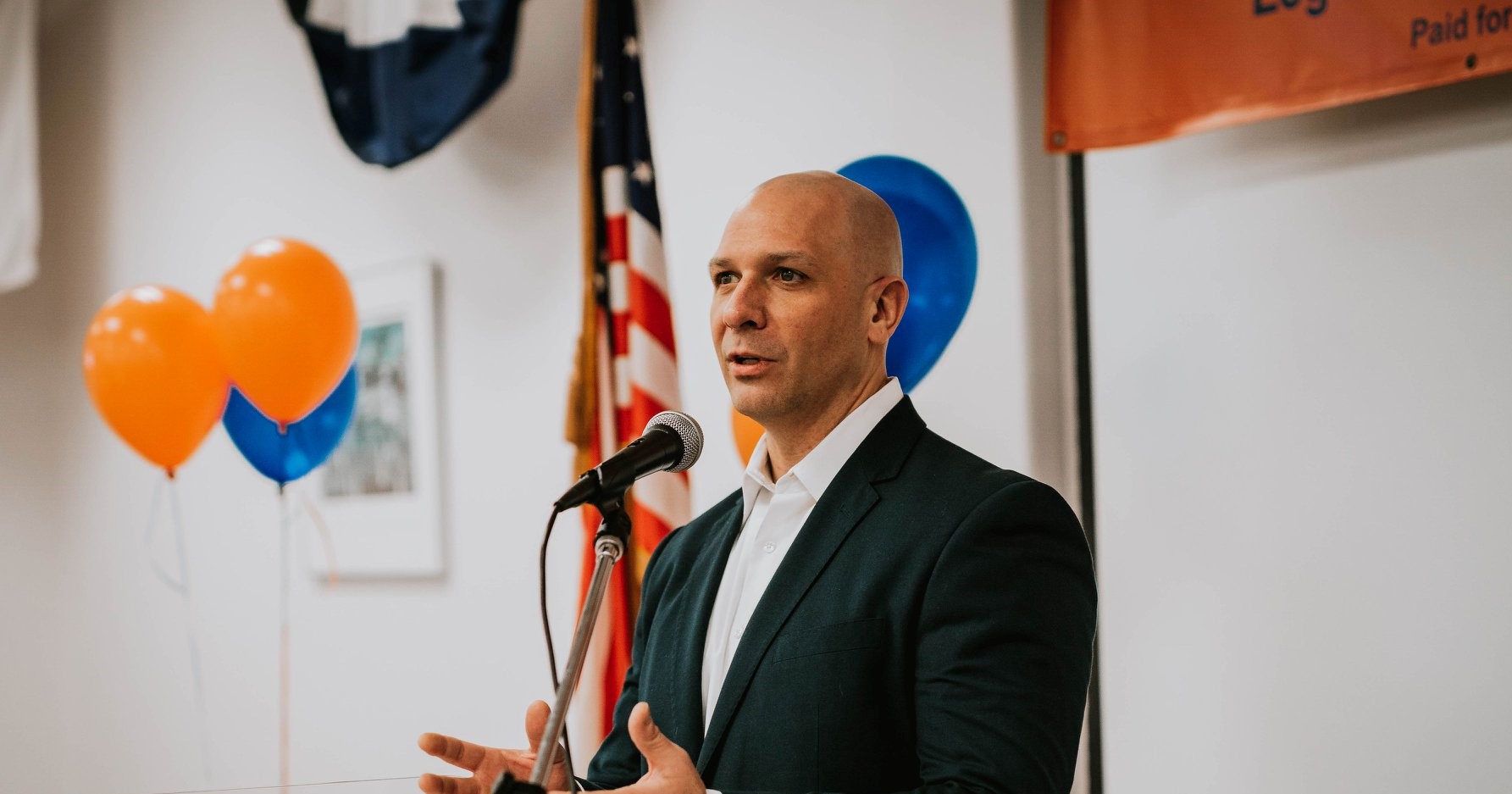 Shift’s final Newsmaker Interview for 2020 is with Representative-elect Peter Abbarno (R – Centralia). Abbarno easily won (by more than 40%!) the 20th Legislative District seat vacated by the retirement of Rep. Richard DeBolt, and many people predict he will be a rising star in Olympia.  Long-time activists will remember Abbarno from his days as the Political Director for the Washington State Republican Party before he obtained his law degree from Vermont Law School in 2008.  Peter came back to Washington State and started practicing law in Centralia.  In 2015 Abbarno was elected to the Centralia City Council.  In his Newsmaker Interview, Abbarno shares his thoughts on the upcoming legislative session, Governor Inslee’s income tax on capital gains and Low Carbon Fuel Standard proposals, his legislative priorities, and (his favorite NFL team) the Buffalo Bills.

You are starting your legislative career during incredibly unique times.  What are your initial thoughts about the legislature conducting its business virtually?

Open and transparent government is the hallmark of democracy. While virtual sessions and committee meetings may increase viewership, concerns remain over the decrease in “active” participation during floor debate and committee testimony.

The best form of government is one where ideas can be debated and discussed openly by the public and among elected officials. The new virtual format provides for too many situations where technology, and majority rules, can stifle constructive discussion. This should raise concerns for all Washington, it certainly does for me.

Governor Inslee released much of his legislative priorities last week, and there were no surprises. What are your thoughts on his budget and his ongoing desire to create a new revenue stream through an income tax on capital gains?

Despite increasing tax collections, the Governor wants to impose $4 billion in new taxes, including a capital-gains income tax.  This could stifle economic recovery. I believe we can make the necessary social investments, protect the most vulnerable in our community, and support economic recovery without new taxes.

The Governor’s capital-gains income tax is political gamesmanship that has repeatedly been rejected by voters. I will continue to advocate for a fiscally responsible budget that rejects unneeded and unconstitutional taxes.

There appears to be consensus among Republican legislators that there needs to be restrictions placed on the governor’s emergency orders.  What changes would you support?

The emergency powers under RCW 43.06 were never meant to be a long-term system of governance. Constitutionally, each branch of government has their own authority that is being monopolized by the executive branch. Practically, the ideas and unique perspectives of 147 legislators are being muted by one voice through executive order.  I believe there is interest from both sides of the aisle to restore balance in our government.

A lot has changed since the statutory provisions were first adopted 50 years ago. The emergency provisions in RCW 43.06 require updated definitions and language to coincide with modern applications. I am confident there will be several proposals to improve RCW 43.06, including limiting emergency proclamations to 30 days or less and requiring a special session in certain circumstances.

How do you assess the governor’s actions during the past 9 months of the COVID-19 pandemic?  What would you have done differently if you were governor?

Initially, medical experts did not know much about the virus’ transmission or mortality rates. Quick and decisive action was needed and well within the intent of RCW 43.06. As time passed, science and data was released about the virus’ impact, as well as the negative effects of Stay Home Orders. Many of us quickly witnessed family businesses close, children suffer, and increased rates of substance abuse, depression, divorce, domestic violence, and poverty.

As governor, I would have maintained the Bipartisan Business Recovery Legislative Task Force, which was disbanded by Governor Inslee in May after only 5 meetings; I would have called a special session to proactively, rather than retroactively, address the economic, health, and social needs of our State; and  I would have held agencies like the Employment Security Department accountable for failing to protect $600 million ($350 million still unrecovered) from fraudulent claims that were intended for unemployed Washington residents impacted by the shutdowns.

What are you hearing from your constituents regarding the governor’s Low Carbon Fuel Standard proposal?

The Governor’s Low Carbon Fuel Standard proposal disproportionately punishes rural Washington families and businesses, so it should be no surprise that residents of the 20th Legislative District are not supportive.  I have read reports that indicate the LCFS could increase the cost of gas by more than 47 cents per gallon. This would greatly increase the cost of living and working in communities like mine.

What legislation do you plan to introduce during the session?

My legislative focus will be on building a strong foundation for long-term economic growth. Some of my priorities include, rural broadband development, water and sewer infrastructure investments, and increasing housing inventory by reducing regulatory barriers.

I served as a Centralia City Councilor for 5 years, so much of my interest is in building partnerships and creating an environment for job creation. Job creation begins with “strong bones” and many communities, like mine, have aging infrastructure that need improvement.  Investing in infrastructure will help local governments create economic opportunities.

I am sure my appointment as assistant ranking member on the Capital Budget Committee, as well as appointment to the Environment and Energy Committee and Civil Rights and Judiciary Committee, will keep me busy working on legislation.

Do you believe your Buffalo Bills will finally make it past the Wild Card round of the NFL Playoffs for the first time in 25 years?

I was 20 years old the last time the Buffalo Bills won the Division Championship. It has been a rough 25 years!  I think the Bills’ passing attack has the fire power to put up some points. The Bills can make a real playoff push if they put together a run game and their defense plays as well as it has the past few games.