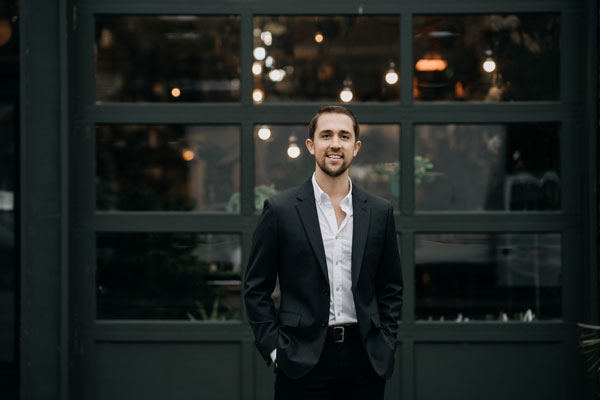 Today we are introducing our new Friday feature, “Newsmaker Interviews.”  We will pose four or five questions to those who are working to make a positive difference in Washington state.  We look forward to presenting unedited views of elected officials, policy makers, and activists.

Today we sat down with Christopher Rufo who has been one of the leading voices taking on Seattle’s liberal elite.  He is a documentary filmmaker (with four PBS films) a research fellow at Discovery Institute, a contributing editor at City Journal, and regularly appears on national news programs.  He seriously considered a run for Seattle City Council this past year but decided not to run following repeated physical threats against his family.

Christopher recently made the announcement that he is joining the growing tide of individuals who are moving out of Seattle and going after their version of the American Dream in Pierce County.

In 2018 you considered running for Seattle City Council but decided against this due to threats made against you and your family. What advice would you give someone who is moderate or conservative considering a run for office in Seattle?

The political foundations are not ready for right-of-center candidates in Seattle. Before running candidates, we need to create an institutional apparatus to counterbalance the existing power structure. In the most recent election, business, neighborhood groups, conservatives, and mainstream liberals proved that they can win 45% of the vote in almost any district. But to achieve 50%+, business needs to fund a year-round political ecosystem—neighborhood groups, pro-safety groups, moderate liberal groups, community organizing groups—instead of relying on massive late mail drops.

Looking at the make-up of the next Seattle City Council, do you think Mayor Durkan will be more or less confrontational than she was with the out-going council?  Also, do you think she might receive a challenge from any councilmember in 2021 when she runs for re-election?

Less confrontational. She knows that the progressive-socialists have a supermajority on the council and can override her veto power at will. I expect that the legislation coming from the council will be more progressive than the previous council. If she goes along for the ride, Mayor Durkan can expect to win re-election.

What is the best strategy to bringing moderation back to Seattle government? Will it happen in our lifetimes?

Unfortunately, it has to get worse before it gets better. Remember: in 1990, there were more than 2,000 murders in New York City, which paved the way for the rise of Giuliani. In Seattle, I thought there might be an opening this year with all of the problems with homelessness, addiction, property crime, and reckless mismanagement of public funds. But the election showed that it’s very hard to separate voters from their tribal affiliations. It will happen in our lifetime.

Recently, you made the decision to move out of Seattle.  What led you to that decision?

My neighborhood, Ballard, has deteriorated rapidly in the past few years. There was a 400% increase in homelessness, 60% increase in crime, and a general sense of chaos and disorder. On top of that, housing costs, childcare expenses, and taxes have gone up tremendously. For our family, the equation started to tip in the wrong direction, so we decided to move to Gig Harbor. We are believers in the American Dream—which means you must be willing to move for opportunity and constantly reinvent yourself. We’re both excited to start this new chapter, raise our kids in a more peaceful environment, and become an integral part of our new community.

How can people view your new documentary, “America Lost” and follow your writings?

The film is going to broadcast nationally on PBS next year, but you can watch it in pre-release at the film’s website, www.americalostfilm.com.  My City Journal essays are available at city-journal.org and at christopherrufo.com.

We would like to thank Christopher for sharing his thoughts with Shift readers.  You can contact Christopher at [email protected]