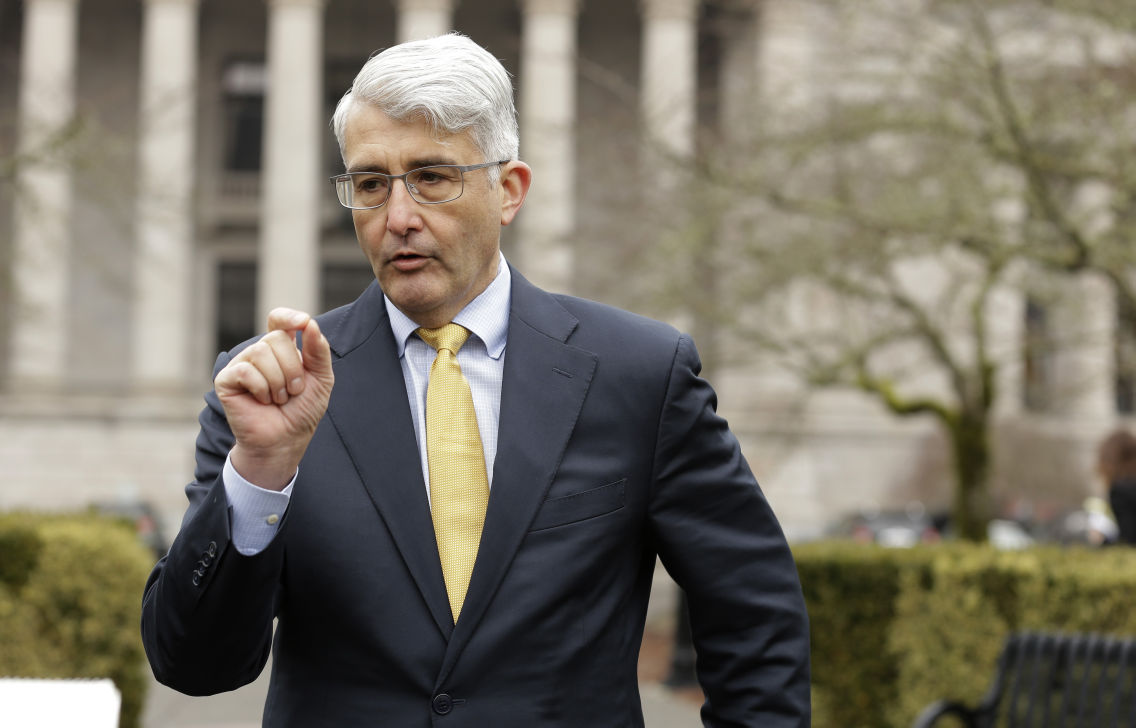 This week’s Newsmaker Interview is with former Seattle Port Commissioner and 2016 Republican candidate for Governor Bill Bryant.  Bill was born and raised in the South Puget Sound area and currently lives in Seattle where he runs a successful trade consulting business. Bill has received support from environmentalists in his campaigns and continues to provide a moderate voice to climate issues by supporting measures that can actually make a difference.

First, can you give us your overall assessment of the 2nd Inslee administration?

These past eight years, because of the governor’s lack of imagination, interest and understanding, have been a time of squandered opportunity. Despite prosperity and growing state revenues, in critical areas Washington state has slid backwards. On Puget Sound, salmon and orca recovery the governor has done enough to be seen doing something, but not enough to restore habitat and reverse environmental damage.  On education he has spent more money but ignored or undermined the reforms that would increase equity and student learning. Traffic jams are worse and eliminating traffic congestion has been relegated to a non-priority. Our mental health system lacks the reform, innovation and leadership needed to protect workers and our community and serve patients. Our foster care system needs overhauling. In his second term, Inslee’s lack of interest and capacity to move the state forward in these critical areas is undeniable.

It appears that many legitimate Republican candidates for governor are staying out of the 2020 race even though Governor Inslee’s poll numbers are terrible.  What will it take for a Republican to become Governor of Washington again?

People need to believe we can win, and we can- we only lose by 2-4pts.  Swing just 145,000 votes and I would’ve won.  So, how do we do that? First, the Washington State Republican Party must decide it is going to win, commit to doing what must be done to elect a governor, and get started in the Fall of 2021. Second, donors must understand what it costs to elect a governor or US senator in the 21st Century and believe we can. Third, the Republican base needs to be all in for a candidate they agree with only 75% of the time, rather than accept the election of a governor maybe they agree with 25% of the time.

You are well respected by people on both sides of the aisle for your beliefs on the environment.  What are your views on the Low Carbon Fuel Standards that Governor Inslee is promoting in Olympia?

Climate change is real. Human generated carbon emissions is accelerating the planet’s warming. We need policies and investments that will reduce carbon emissions and enable us to adapt to a changing climate.  In short, we must do what will make a difference, not make headlines.  Inslee continues to promote policies that generate attention and grab headlines, but after ten years and hundreds of millions of taxpayers’ dollars, won’t make any difference to our environment, will not be a model for China or India, and will make us poorer. That’s not leadership, it’s grandstanding.

You run a successful Seattle based trade company.  What more can state and local governments do to improve international trade in Washington?

Fundamentally, industries and companies that produce goods that are exported must want to be in Washington. That requires 6 things: 1. We need a workforce prepared to perform 21st Century manufacturing and service jobs. This will require integrating our K-12 and Community College systems. 2. We need fair, just and reliable immigration laws that agricultural producers and workers can rely upon. 3. We need abundant, affordable hydro and nuclear generated electricity.  4. We need a tax and regulatory system that encourages innovation and research, and is predictable and stable. 5. To avoid becoming California where growing urban & export focused tech communities suck water from export-driven ag communities, and to adjust to earlier snow melts, we need to invest in new and expanded water retention facilities. 6. We need to protect our environment and public lands, so that Washington remains a place people want to live and work.

I don’t think Seattle drives our state’s political culture.  I don’t think it even drives King County’s political culture.  There is a lot of King County that doesn’t want to be what Seattle is devolving into. So, we don’t need to obsess about Seattle: 76% of Seattle can vote against a candidate and he or she can still win statewide, if that candidate carries 40%+ of King County.  Given Seattle’s size, carrying 40%+ of King County requires earning a majority of the votes in each of the 1st, 41st, 44th, 5th, 48th, 47th, 45th, and 30th legislative districts. To do that, see answer to question 2.