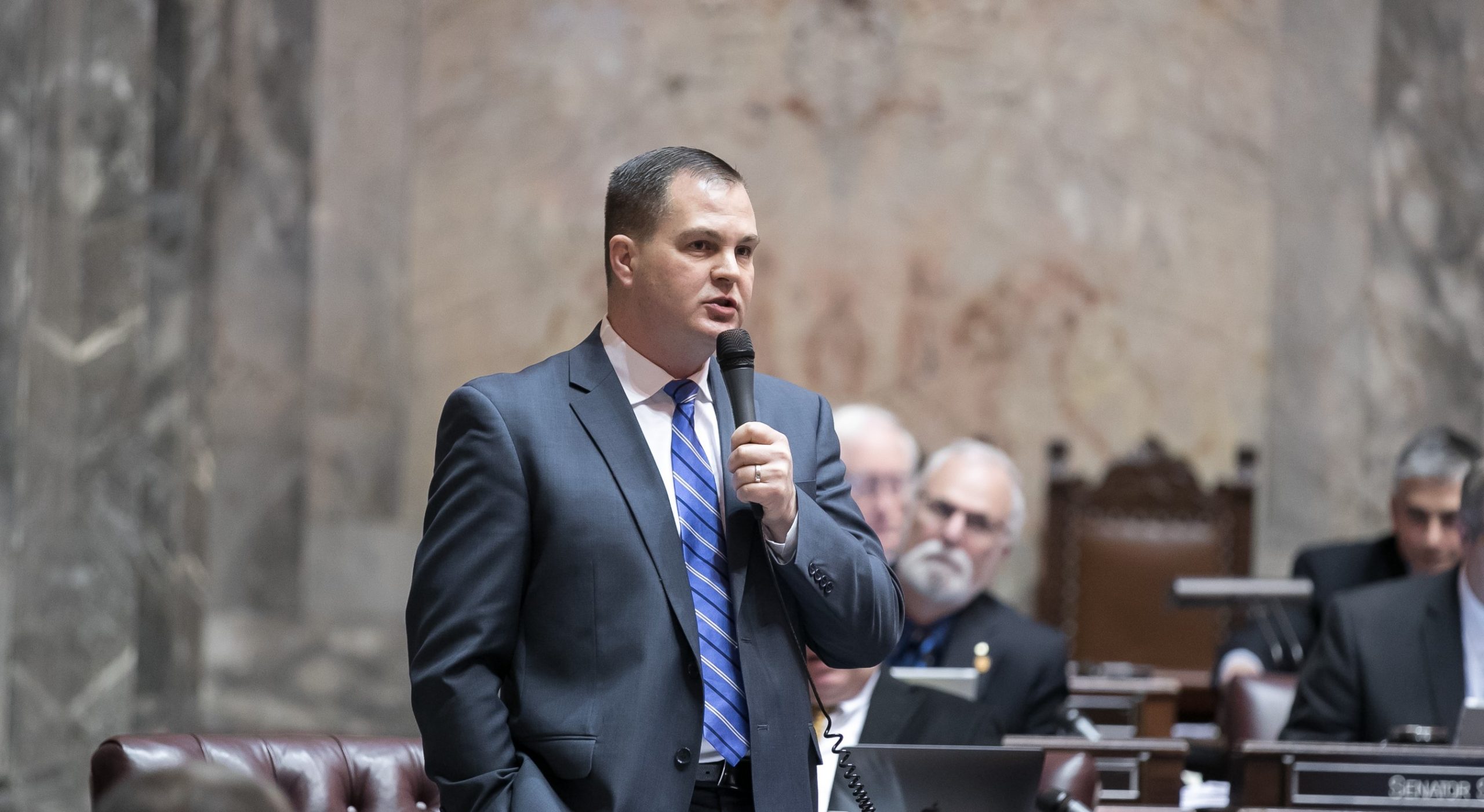 Shift’s Newsmaker Interview this week is with newly elected Senate Republican Leader John Braun (R – Centralia).  After a week of Governor Jay Inslee releasing his “equity package,” Low Carbon Fuel Standard, income tax on capital gains proposal, and other budget plans (all of which will make it more expensive to live in Washington State), Senator Braun provides his thoughts on the Democrats’ legislative agenda for the 2021 session. The Republican Leader, who has been the GOP’s chief budget writer, also gives his insight into what needs to be done for the thousands of Washington State employers and workers who have been negatively impacted by Governor Inslee’s shutdown orders and on legislators’ efforts to stop the governor’s future abuse of his emergency orders.

I believe families across our state want the same things regardless of their political or religious beliefs, race, and background, starting with high-quality schools, lower taxes and less state control of their lives. They want more freedom and economic opportunity, not less. We’re going to hear a lot during the 2021 session about “equity” – and that should mean policies that are fair toward all people in all areas of Washington. Republicans are about expanding opportunities for all, not select groups. Being in the minority, we have a smaller microphone than the governor and the majority, but we’re going to work hard to deliver that message. It’s my responsibility to lead that effort.

Why do you think Governor Inslee has been afraid to call the legislature into a special session, especially since his party controls both chambers?

I don’t think the governor is afraid. I think he sees the pandemic as a political opportunity to keep the Legislature on the sidelines. He gets the microphone all to himself and he doesn’t have to worry that his allies might do something embarrassing; also, it basically muzzles his opponents. At some point, the governor must have calculated that the risks of having a special session outweighed the risks of avoiding one and continuing to rule by proclamation. Has it been frustrating? Absolutely. But we know he will have to start sharing the stage, so to speak, on January 11.

What are the chances that there will be changes to state laws regarding the governor’s use of emergency orders?  What type of changes would you support?

The governor’s ability to declare a state of emergency dates to 1969, when the threat was not a pandemic but civil unrest. It’s time to revisit that, knowing what we know now. I don’t expect bipartisan support for sweeping changes, but I have to believe there is interest on both sides in bringing some balance to the situation. Thanks to technology, the 2021 session is going to demonstrate how the members of the Legislature need not travel to Olympia to conduct business. We can take over from the governor in a way that couldn’t have happened in 1969 or even 2009. Look for legislation that would uphold the constitutional authority given to our branch of government, allowing us to review emergency orders from the executive branch and put an expiration date on them. Isn’t that reasonable?

Governor Inslee is rolling out his various proposals this week, many of which we have seen before.  What are your views on the governor’s latest Low Carbon Fuel Standard (LCFS) proposals?  Are the odds different for him to pass this expensive proposal this year than they have been in the past?

Republicans want clean air and clean water as much as Democrats. We always have. One of the lessons of 2020 is that government needs to maintain a reasonable balance between public health and our long-term economic health. Whether the public-health concern is the coronavirus or climate change, long-term success requires that we don’t take our economy for granted. Any LCFS proposal is basically a form of social engineering. It ends up being a fuel tax that does nothing to improve our transportation infrastructure. Yes, there are new names within the Senate and House majorities, but why would citizens who opposed an LCFS in past years feel differently about an LCFS now just because they’re represented by someone new this year…especially when so many people are barely surviving into 2021?

Once again, the Governor and the legislative Democrats are seeking to open up a new revenue stream by proposing a capital gains income tax.  What are your thoughts on this proposal?

We should all be thankful that the state economy has rebounded enough in the past six months to get revenue projections going in a positive direction again. New budgets need to be approved in 2021, but there is absolutely no justification for new taxes of any type. We have a very robust budget with some room for new investments in social services, support to our struggling employers, and pandemic relief. In no case should we put more pressure on the economy with new taxes. I’ve heard the House majority wants to pursue a capital-gains income tax simply to see if it can withstand a court challenge, so they know if they can pursue it further in 2023. To create a new onerous tax just to prove something in court is careless, harmful to our economy, and disrespectful to our citizens who have been very clear in rejecting an income tax.

What should the state be doing to help the thousands of employers and workers who have been negatively impacted by Governor Inslee’s orders?

One word: relief. Whether it’s tax relief, regulatory relief, cash relief, or all of the above. I wish the Legislature could have had a say in how the $3 billion-plus in federal CARES funding was distributed.

You joined House Republican Leader JT Wilcox to condemn the threat of violence against election officials.  Republican officials appear to be consistent in condemning political violence by anyone on the political spectrum while Democrats have been silent about the violence created by liberal activists against Seattle businesses and police officers this past summer.  Have you spoken with any of your Democrat colleagues about this hypocrisy and what has been their response?

Any threat of violence, whether it’s against the people who conduct our elections, law enforcement, or businesses, is unacceptable. As for Seattle, I’m enough of a realist to know that if – for instance – the senator who represents the Capitol Hill area had spoken out during the summer, it wouldn’t have kept the “CHAZ/CHOP” zone from happening. The better question is, will the legislative majority undermine or support law enforcement in 2021? Will it look for ways to support the small businesses that suffered harm or remain silent in a way that gives the looters a pass and therefore encourages more of the same behavior? We’ll find out soon enough.