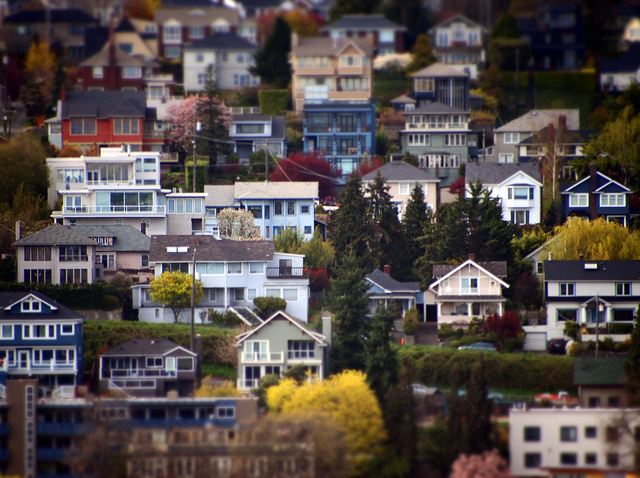 The greater Seattle area faces a housing crisis. Liberal government officials at the city, county, and state level have all allowed the problem to grow over the past decade, with the problems related to housing availability flourishing unchecked.

As KUOW recently reported, the “underlying problem is housing supply.” It’s an Economics 101 problem – housing availability has failed to keep up with housing demands. The Seattle area has seen a 21% increase in the number of jobs since 2011, yet the number of housing units only increased by 13% during the same time period – all while median home prices in the region have increased by 96%.

Microsoft made headlines last year with a commitment of $500 million to assist the construction of affordable homes and homeless services in the greater Seattle area. According to GeekWire, Microsoft will “commit $475 million for loans to affordable housing developers over three years and another $25 million to services for low-income and homeless residents.” Nearly half ($225 million) of the $475 million directed toward affordable housing will go toward middle-income housing in six cities (Bellevue, Kirkland, Redmond, Issaquah, Renton and Sammamish). The remaining $250 million will fund low-income housing projects across King County.

Microsoft’s decision to target “middle income housing” highlights an overlooked need in the Seattle area’s housing crisis – the lack of options for middle class workers who rarely qualify for affordable housing subsidies, yet cannot afford the high costs of housing in the region. A recent report released by Challenge Seattle – a coalition of the Seattle area’s top CEOs seeking solutions to the housing crisis – outlines 15 recommendations to improve housing affordability for middle-income families in the region. The recommendations include red-tape reducing measures, clearly targeting bloated bureaucracies across government. The recommendations include:

To better illustrate the impact of government red tape on the development of middle-income housing, we spoke to a small, private developer on the condition of anonymity. Out of fear for retaliation from local government bureaucrats, the developer has asked us not to reveal the location of their middle-income housing project. The project is – however – located in the greater Seattle area. The developer is building four homes targeted toward middle class families.

As of today, the developer has spent more than $100,000 on one-time impact fees alone. They have spent more than $140,000 on development and utility permits. It took the developer more than four years to start construction from the time they began the process to obtain permit approvals. While waiting for the bureaucracy to run its course, the developer was left paying interest rates on the project – losing money waiting on so-called public servants. Though construction has finally started, the developer faces consistent delays due to various red tape issues. Currently, work is – once again – delayed waiting on additional permit approvals.

When asked if they would do it again, knowing what they were forced to deal with by local government bureaucrats, the developer responded that they would not. The builder stated, “The cards are stacked against small developers. [The local government] does not make it easy. It seems like they are out to punish us for developing on our property. It’s been overwhelming.”

The developer blames the heavy bureaucratic costs associated with home building for the rising cost of the homes. Given research from Challenge Seattle, the claim holds true. According to Challenge Seattle’s report, taking action to reduce red tape could “reduce a unit’s monthly rental price by $700-1,100” and have a positive impact on “supply, speed-to-market, and sustainable growth.”

Consider that Microsoft is committing millions for affordable housing. Challenge Seattle and its CEO’s are advocating policy changes to encourage affordable housing. But, without action by government lawmakers, the Seattle area’s housing crisis will continue. State Senator Phil Fortunato (R-Auburn) proposed a bill that would eliminate impact fees on housing and building permits for construction on starter homes. Fortunato’s bill is a start. Any lawmaker interested in solving affordable housing problems should look into how they could help improve this bill or support it outright.

Addressing the housing affordability crisis is clearly a priority. It is now time for local and state lawmakers to accept responsibility for their role in this crisis in the greater Seattle area. It is their red-tape policies that punish and discourage the development of affordable homes. Lawmakers must fix the problems they created by easing outrageous development fees and streamlining the permit process.