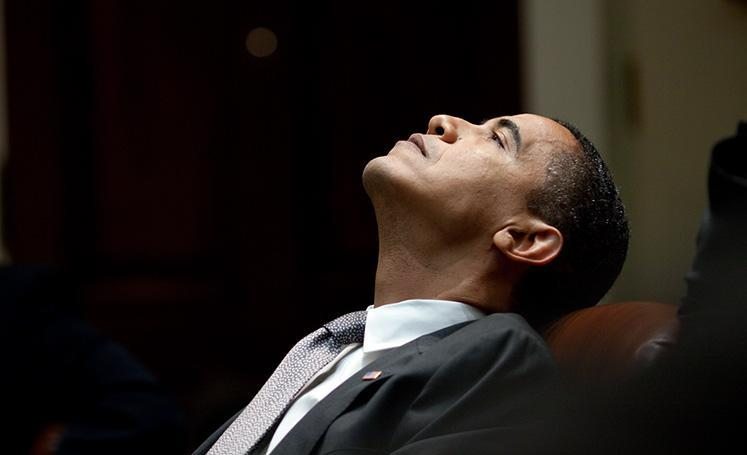 Shift has taken it upon itself to provide the public service of sharing a few observations from the recently concluded – except for the random ballots still being counted in Washington State – election. Yesterday we highlighted the “status quo” nature of our state’s contests, while today we cast an eye nationally, to consider how President Barack Obama has done what no Republican could have hoped to achieve – destroying the political bench of the Democrat Party.

As pointed out by the Washington Post “The biggest stain on Barack Obama’s political legacy may turn out to be the decimation of the Democratic Party on his watch… Democrats have been shut out of power in Washington, with the White House and both chambers of Congress in GOP control starting in January. In state houses across the country, their ranks have been decimated.”

Where have all these loses left the post-Obama Democrats? Ideologically adrift, with no bench of leaders ready to step onto the national stage, according to the NY Times:

“Many thought this election would leave the Republican Party reeling and divided. Instead, with Mrs. Clinton’s loss, it was the Democrats who found themselves bereft of high-profile leaders, relegated to the sidelines of power in Washington and bracing for arguments over their party’s philosophy and mission.”

Further, the Democrats are not sure what happened. Consider that “White House press secretary Josh Earnest said Wednesday that the math is undeniable, if perplexing. ‘There are a lot of people . . . who voted for Barack Obama in 2008, who voted for his reelection in 2012, and voted for Donald Trump in 2016,’ Earnest said. ‘I don’t have an explanation for that, to put it bluntly.’ ”

However, the next step appears clear, according to a leading liberal consultant – start fighting. “‘I think there’s going to be a fight in the Democratic Party about which direction to go in,’ political consultant Joe Trippi said. ‘That’s healthy for the party long-term, but it’s going to be painful over the next few years. There won’t be a Democratic president to hold the factions together.’

“’In particular, Trump’s victory over former secretary of state Hillary Clinton is certain to embolden the party’s liberal wing.’”

So that’s the Obama legacy today – a much smaller Democrat party, with some insiders wanting to make it even smaller still by going further to the left.