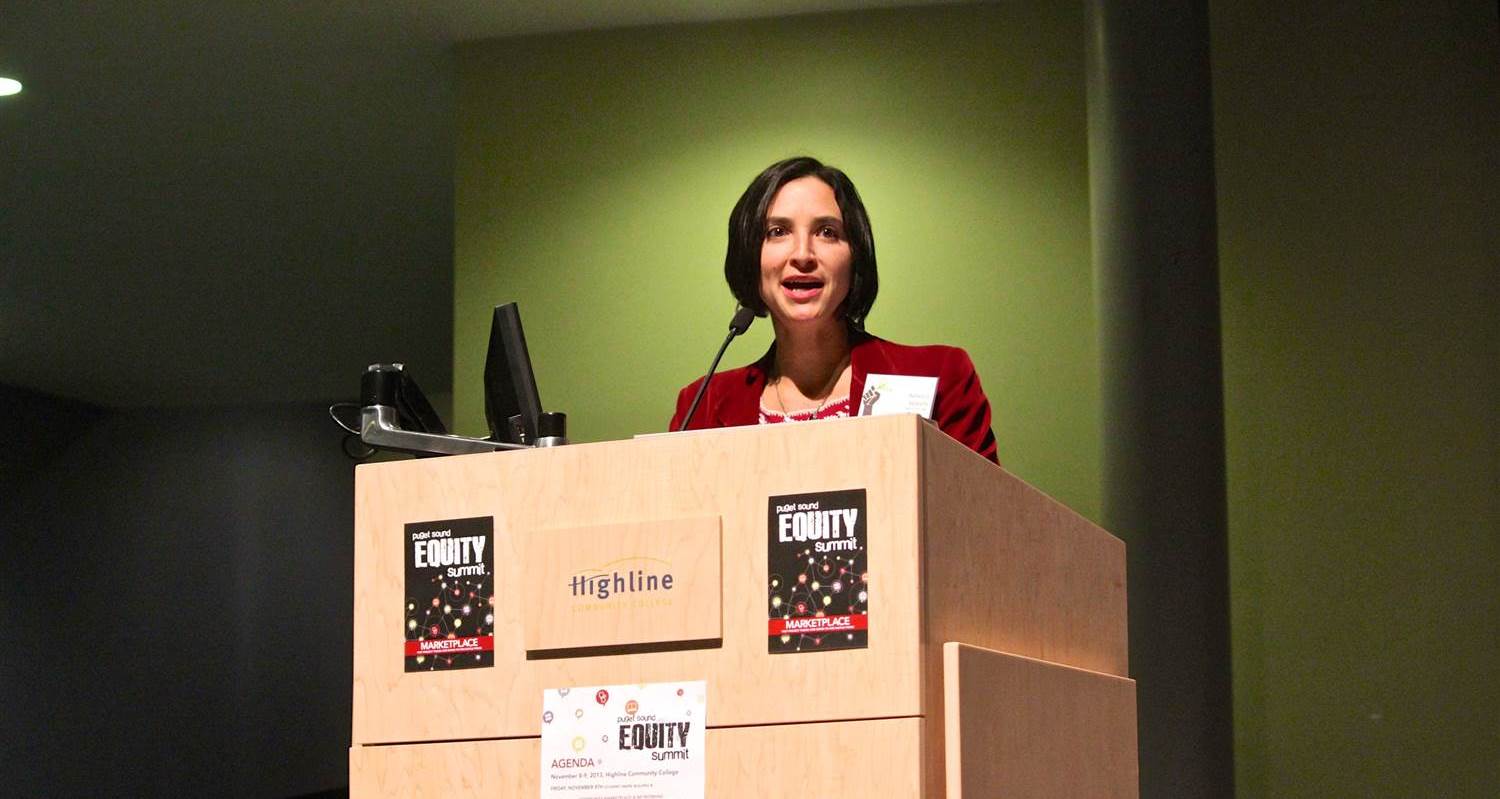 The King County Council decided that appointing state legislators using a quota system was better than following the recommendations of local elected representatives for selecting replacement legislators in Seattle districts this year. Yesterday, the Council selected the runner-up choice of the 37th District Democrat Precinct Committee Officers (PCO) as the replacement for ineffective (according to Democrats) State Senator Pramila Jayapal.

Shift has already reported that some media outlets are so excited by this appointment that they didn’t bother doing much fact-checking on their stories about it.

Seems credential-checking wasn’t much on the mind of the County Council either, as evidently the new appointee, Rebecca Saldaña, deserved her post not because she was the most qualified, or supported by enough grassroots activists in her district. Instead, as Bellevue elitist Claudia Balducci suggested, “it’s about this increasingly diverse county we live in. The numbers of people who come to the table and bring that experience [and] bring that point of view in our legislature is really woefully lacking.”

Councilwoman Balducci – a white woman – was put in the position of selecting a state senator for a “majority-minority” district she does not live in because one of the outcomes of nearly every election is that some politicians move up the electoral food chain, and leave behind vacant state legislative positions that must be filled by appointment. That job of filling empty seats falls first on the local grassroots activists who are elected as PCOs, and then on county council members who act on the PCO recommendations.

State law mandates that PCOs in a legislative district nominate three candidates for an open seat, and then the county council members where that district is located chose a new representative from the list.

Normally, county officials follow the wishes of the PCOs, who are the type of folks who volunteer on campaigns and doorbell on behalf of their party’s chosen ones. However, they don’t have to select the top PCO vote-getter, just one of the people on the list.

So, Balducci and her fellow King County Council members decided to play kingmaker – for all the right politically correct reasons, of course – and overruled local PCOs in the 37th Legislative District, replacing newly elected Congresswoman-for-Life Jayapal with Saldaña.

Now, Balducci might suggest that it was because the PCOs top choice – Rory O’Sullivan – was white, while Saldaña is Latina. That would fit with the quota narrative of the Council members,

However, also weighing on the Council members’ minds might have been that Saldaña is a former SEIU organizer, and as such, according to the State Labor Council’s daily propaganda sheet The Stand, “EDITOR’S NOTE — Saldaña’s appointment is/was strongly supported by organized labor.”

So, whether it’s quota politics, or labor politics, King County Council members who don’t live in the 37th District decided that the people there should be represented by someone who the grassroots activists in the district did not want.

Guess we get to wait until next year to see if Mr. O’Sullivan has support beyond the PCO numbers he won.