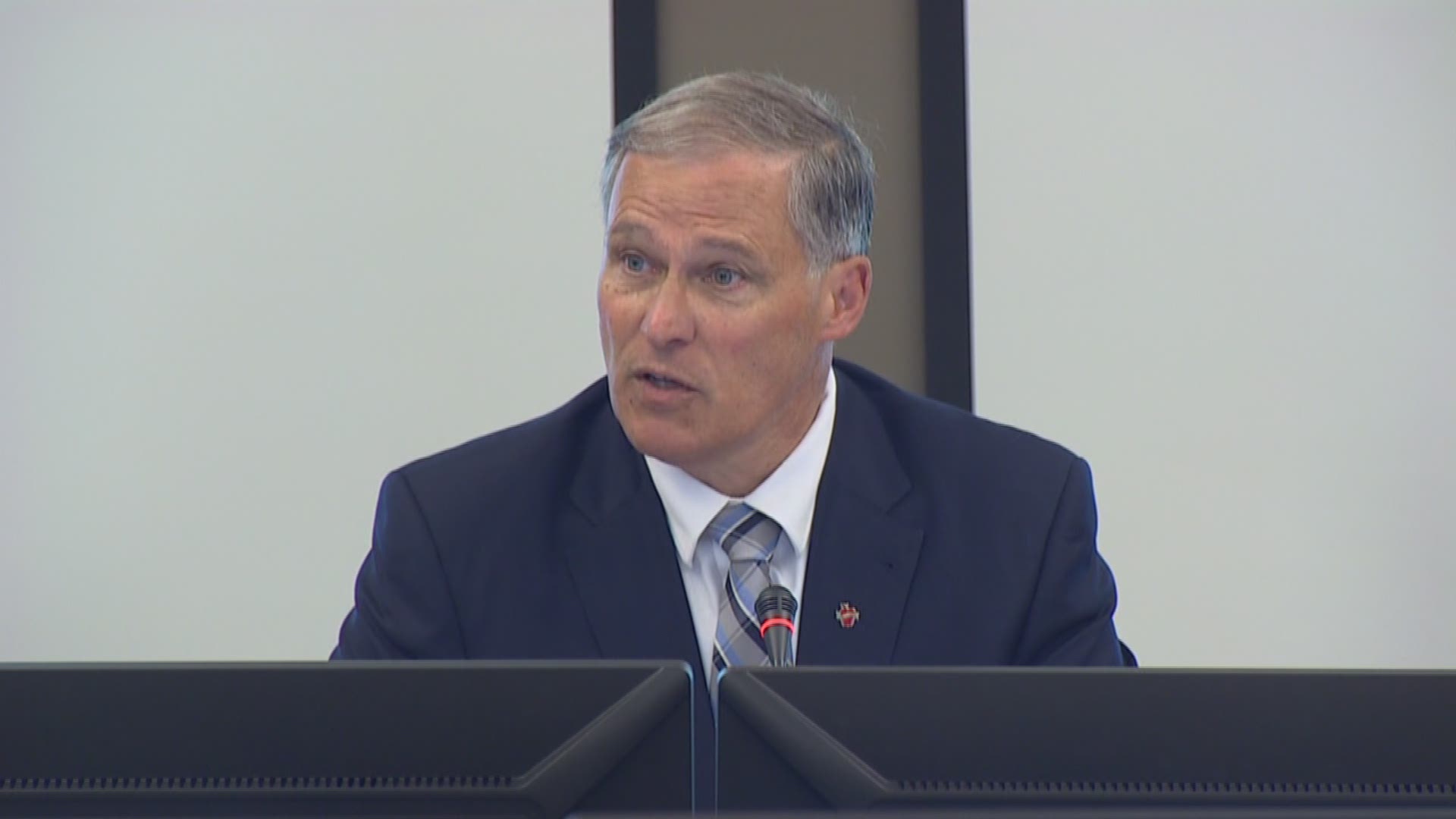 As we head into the final weekend of the year, Shift is wrapping up our series on the lumps of coal which Jay Inslee put into our stockings at Christmas. Today’s highlight is on a relatively small tax which captures the Inslee approach to the upcoming session – yes, voters have said no to this tax, but Jay knows best.

The tax in question is one on non-residents who do some shopping in Washington (much to relief of small businesses in border counties). As the Washington Policy Center pointed out, voters just said no to this tax in November, when they rejected Initiative 1464.

But Inslee is plunging ahead with his proposal, because he needs the $49 million which would be raised to give pay raises to the state employee unions which gave him so much money in his campaigns.

Inslee’s approach is one likely destined for failure in the legislative session, given his past “performance”. Even the Seattle P-I admits. Columnist Joel Connelly writes that:

“Inslee may be fresh off winning re-election, but King County supplied his entire victory margin.  The governor carried just nine of the state’s 39 counties.  He lost major population centers (Clark and Spokane counties) and barely squeaked through in Pierce County. Inslee is a partisan.  He spent 13 years [ed. note: 15 actually] in a divided, acrimonious U.S. House of Representatives before coming home to run for governor in 2012.”

But coming home did not mean coming to his senses.  Inslee has run two campaigns for governor promising not to raise taxes, and then has turned around and proposed tax increases in every budget he has submitted since 2013.  The legislature has fortunately ignored every one of his budgets, and not given Inslee the tax money he demands.

But, with 2017 looming, Jay is taking another bite at the tax-increase apple, hoping that the special interests that have given him millions over the years (unions, environmentalists, rich guys from California, etc.) can pressure Democrat legislators to support his plans.

Of course, that still leaves the Majority Coalition Caucus in the State Senate to stand up against Inslee’s insatiable tax-increase appetite.