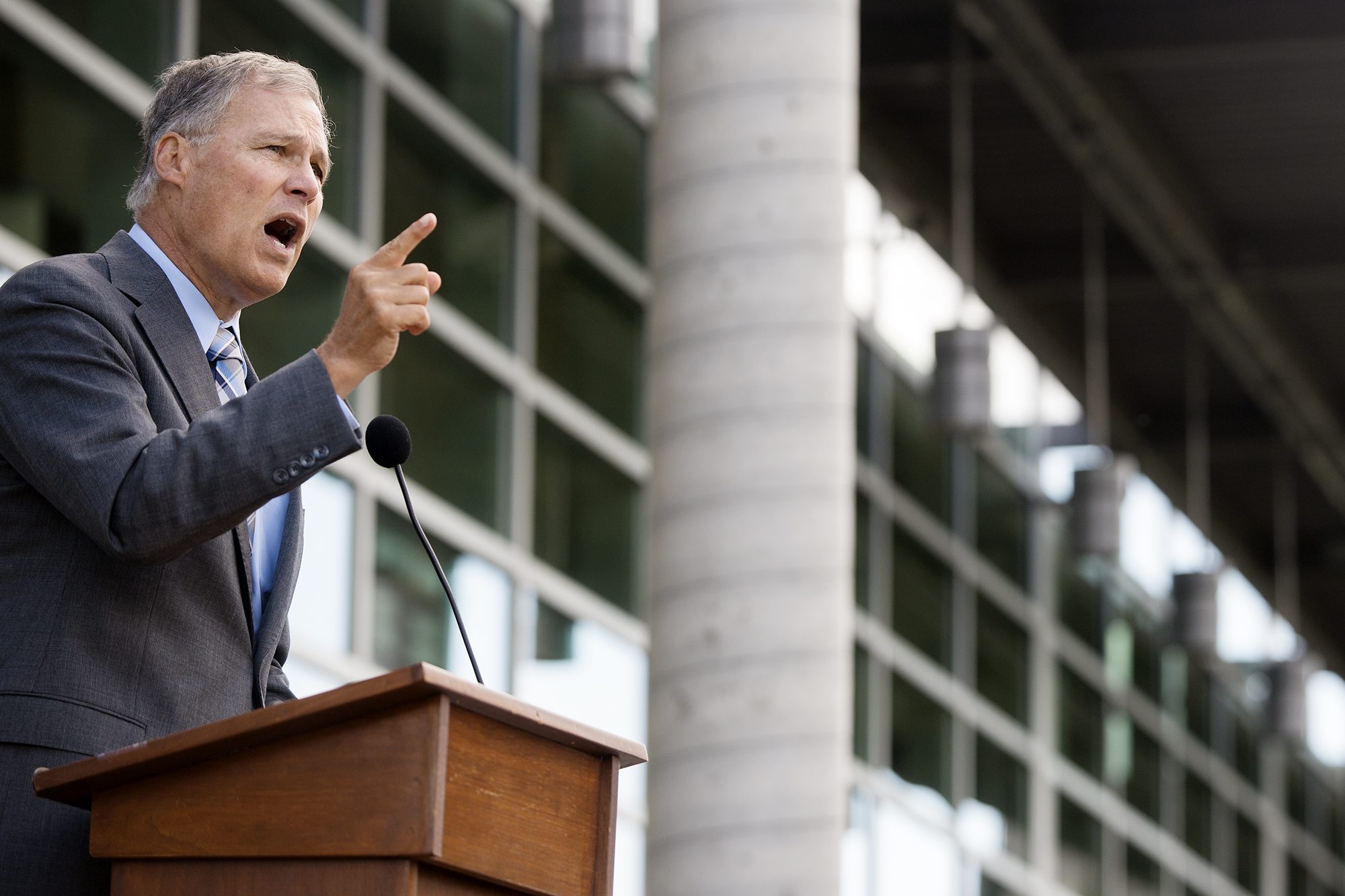 Jay Inslee and his Democrat supporters have made quite a lot of reassuring claims regarding the impact of a cap-and-tax scheme on Washington State. Inslee argues that his cap-and-tax program would “would cut carbon emissions and, rather than hurting job creation and economic growth, would actually help the economy.” As Shift has reported, these claims are far from true. Inslee’s cap-and-tax scheme relies heavily on distortion of facts.

The Washington Policy Center’s Todd Myers takes on the top five myths most commonly heard in defense of Inslee’s cap-and-tax scheme in his latest policy brief.

Pointing to the Kyoto Protocol’s serious shortcomings (particularly in Europe), Myer writes that without the “unexpected intervention of a serious economic downturn, the most notable carbon cap-and-trade system in the world would not have achieved its targets.” Myers,

“As costs go up, political pressure to ease those costs does as well. In fact, when it was noted that both the University of Washington and Washington State University would see millions of dollars in additional costs due to Governor Inslee’s cap-and-trade proposal, some officials in Olympia immediately promised to simply increase the payments the state gives to the universities. The proposed system has not even been adopted and politicians are already promising to make exceptions for politically-favored interests.

“What will happen when major job creators like aluminum plants in Ferndale or Wenatchee, threaten to leave the state unless they receive relief from cap-and-trade? The solar-panel manufacturer in Moses Lake and the semiconductor plant in Camas are in the same position. Will Olympia politicians stand by and watch those companies leave, taking their jobs and carbon emissions with them? That has not been the case under Kyoto in Europe and it is unlikely to be the case here.”

Cap-and-tax advocates often make this argument. But, Myers writes, when supporters are pressed, they “admit that some of the costs may be passed along to consumers, but not all costs.” Myers,

“First, the cap-and-trade bill itself admits the policy is likely to “disproportionally impact low-income and other vulnerable communities.” This is such a significant concern, the bill would actually create a commission to study these impacts.

“Second, the cap-and-trade system works very similarly to the gas tax, requiring oil refiners or shippers to submit the tax to the state. Both levies are based on the volume of gasoline sold. The only real difference is that a gas tax is consistent and the costs associated with cap-and-trade fluctuates over time…

3. Claim: “The cap-and-trade system in the Northeastern United States, known as RGGI, is working at low cost.”

Cap-and-tax supporters point to the Regional Greenhouse Gas Initiative (RGGI) in the Northeastern United States as evidence the policy does not damage the economy. The evidence, writes Myers, points to a very different outcome. Myers,

“First, RGGI took effect in 2009, so most of the reduction in greenhouse gases in the region occurred before the policy was in place – without a cap-and-trade system.

“Second, as the U.S. Energy Information Administration notes, RGGI’s cap was set so high that it has not had any impact. Carbon emitters in the Northeast were already so far below the cap that measured reductions were the result of the economic downturn, not changes in technology or company behavior. Officials in RGGI states actually lowered the cap recently to conform with reality.

“That conclusion is shared by Nate Silver’s data analysis project Five Thirty Eight – the organization that correctly predicted President Obama’s margin of victory in 2012. They noted, ‘RGGI’s market-based cap-and-trade program gave power plants no incentive to reduce their emissions because the cap amount simply was irrelevant.’

As part of his extreme “green” agenda, Inslee is advocating both a fuel mandate and a cap-and-tax scheme. He claims the two policies complement one another in the goal of reducing carbon emissions. In reality, writes Myers, “a low-carbon fuel standard directly conflicts with cap-and-trade, adding costs for zero additional carbon reduction.” Myers,

“As has been explained, the cap applies to oil companies and, by extension, to drivers. The LCFS adds nothing to that goal. In fact, the governor’s office specifically says that reductions from LCFS can be counted toward the cap in a cap-and-trade system, meaning they are not additional to cap-and-trade but within it.

“One of the few benefits of a cap-and-trade approach, as opposed to technology mandates, is that families and companies can find ways to reduce carbon emissions that are more effective and inexpensive. That freedom and flexibility for consumers is the strongest argument for cap-and-trade. Governor Inslee echoed this argument when he announced his cap-and-trade proposal, telling reporters we “shouldn’t allow some bureaucrat…to pick winners and losers.”

“A Low Carbon Fuel Standard does exactly that, by requiring vehicle fuels to meet an arbitrary government-set standard. The global climate doesn’t care how we cut carbon emissions. Politicians, on the other hand, care very much, for a variety of political reasons.”

5. “Cap-and-Trade won’t shift carbon emissions to other states and countries.”

Contrary to the claims of extreme “green” advocates, Myers points out that out state “already has experience with the practice of shifting carbon emissions off one balance sheet and then claiming carbon reduction.” Myers,

“In 2001, when electricity rates skyrocketed, there was a significant reduction in Washington’s carbon emissions. The reduction, however, was the result of energy-intensive industries, like aluminum plants, shutting down and moving elsewhere. The CO2 emissions associated with the production of those products simply moved elsewhere…

“The governor’s cap-and-trade legislation has a contingency for these types of “trade-exposed” industries, creating a $20 million fund in the “carbon pollution competitiveness tax credit.” This, however, is a fraction of the total costs associated with a cap-and-trade system – which would be more than $400 million per year at the low-end cost projection…

“Based on past experience, cap-and-trade would cause some energy-intensive companies simply to shift operations out of the state, meaning fewer jobs, lower economic activity and lost tax revenue in Washington. The carbon emissions embodied in products shipped back into Washington state would not be covered by cap-and-trade. In these instances, the governor’s system would be a lose-lose for the state economy and for the global environment.”

You can check out Myers’ full policy brief here.