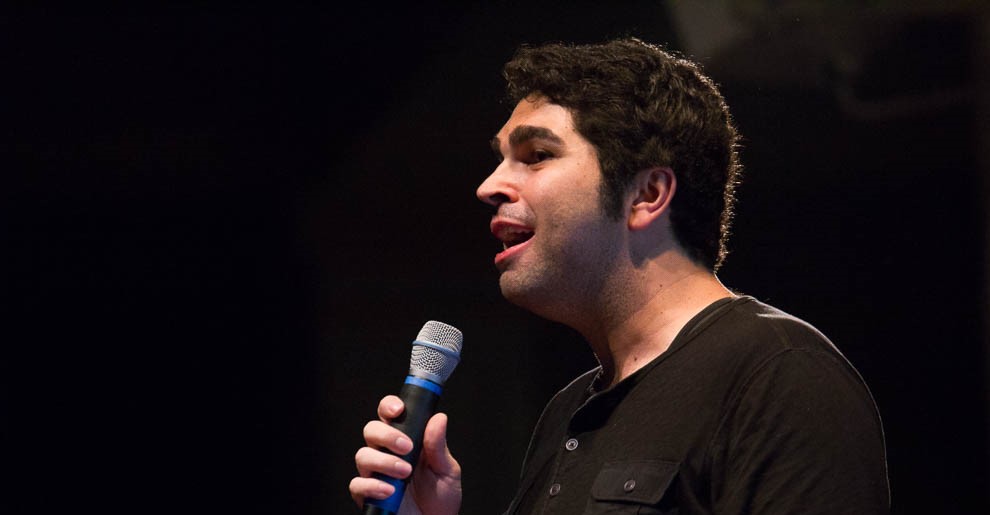 This week’s Newsmaker Interview is with KTTH Radio Host Jason Rantz (Weekdays, 3:00 – 6:00 PM).  Rantz often breaks local political news on his radio program and on MyNorthwest.com, and he regularly appears on national FOX News to provide local perspective on the wacky world of Seattle politics.  For Shift  readers, Rantz talks about why the local media has a double standard in going after Republican officials, yet rarely challenge the hypocrisy of liberal officials who have all the power in our state.  Rantz also provides his insights on the 2021 contest to become Seattle’s next mayor and on the lack of ideological diversity in Seattle’s media.

What led you to become a radio talk show host?

I enjoyed listening to talk radio growing up. I would listen to Jay Thomas or, when I got a bit older, Howard Stern when my mom or dad drove me to school. I remember liking the companionship they provided — they did shows as if they were your friends, like they knew me and I knew them. Then, I started listening for information and entertainment. The best hosts knew how to reel me in, get me thinking, and taught me how to form opinions and argue points. I got into radio to do the same thing.

As a moderate/Right-leaning journalist, you don’t fit the mold of a Seattle area journalist.  What can be done to bring more balance to our local news?

It’s funny because I don’t think of myself as a moderate. I’m a Republican. I think my approach can be “moderate” and I do try to be fair. But in Seattle, I’ve been called alt-right and given much more extreme labels. The Seattle Times calls me “right wing” to demean the work I do, which is probably rather instructive. I’m also pretty open about my worldview, which is what makes me different from most journalists in Seattle. They hide it, or pretend they don’t have it, which oddly highlights their bias more. I’m open about my views and I give opinions in my work so I’m not hiding it.

But this city is in desperate need of more diverse ideological viewpoints. They don’t exist here and that’s a shame. It’s good for me, obviously, since I fill a void. But competition makes everyone better, so I’m happy to compete with other voices on the right.

What challenges do you see in covering the Washington State Legislature with their “virtual” 2021 session?

None. Everything online makes it easier to cover, especially if you’re dedicated to this beat. It’s never “easy” covering the legislature because of its part time nature. They try to pack too much into too few days. It can be overwhelming to pick and choose what to cover and really focus on. Right now, I’m still figuring out what I will dive into, which is difficult because who knows what will even make it out of committee?

In your opinion, has the pendulum of Seattle politics final reached its far left extreme with the CHAZ/CHOP and the city council defunding the police, or will it continue to become even more radical?

Seattle needs to hit rock bottom before it changes. It hasn’t yet and that is terrifying. We hit a 12-year homicide rate, a historic mass exodus of police officers, higher taxes during a pandemic economy, businesses and residents fleeing. So what’s that mean? All of what I just mentioned getting worse.

With Mayor Jenny Durkan correctly reading the polls and realizing she won’t have a chance to win re-election, she becomes the fifth straight Seattle mayor to be denied re-election, either by the voters’ ballots or through circumstances.  How do you assess the 2021 mayor’s race?  Is there any way to avoid having someone even more liberal than Durkan in charge of Seattle? And is the revolving door of nearly all of Seattle government entities (mayor, police chief, school superintendent, etc.) a reflection of liberal Seattle politics?

It’s a bit too early to see what the mayoral race will look like. We know we won’t get a moderate. Durkan barely won and she benefited from running against a rich, white, privileged fraud who tried desperately to play white savior. It was condescending and racist. She turned off just enough of the city’s most hardcore activists for Durkan to squeak out a win.

My guess is you’ll see a who’s who of crazies run like Nikkita Oliver again, mixed in with more establishment radicals like a Lorena Gonzalez. You’ll get a surprise candidate or two, like Dow Constantine or Tim Burgess. There’s one candidate who will announce on my show — if he goes through with it. He’ll have a hard time winning but it’ll be a big media deal and he’ll get press and hopefully help keep some of the other candidates more honest.

Seattle is ultimately a revolving door because it’s not an easy city to manage and the mayors always try to make everyone happy. They end up making no one happy. Durkan is a great example of a spectacular failure with the political acumen of a box of rocks. It’s actually pretty astonishing how bad she’s been at leading this city.

Listeners are frustrated because they see so many things not working but voters unwilling to do anything differently. People complain about homelessness, they reinstall local leaders with the same tired policies. Statewide, they see the same people pushing tax increases or schemes despite voters constantly voting them down when they’re on the ballot. They don’t feel listened to and they’re right: they’re not being listened to.

Federally, listeners are all over the place. Some are upset with Trump, others are upset with those who criticize Trump, most are generally upset with a more radical Democrat party taking control of D.C. when their agenda seems out of line with reasonable Americans. Ultimately, there’s a lot of anxiety and tension.

You recently wrote about the hypocrisy of the Seattle City Council condemning the violence by Trump supporters back in the nation’s capital after they were silent about violence committed by liberal activists in Seattle.  In fact, the council rewarded those who committed violence by immediately passing the police defunding measures they were demanding.  In your opinion, why has the local media failed to cover this hypocrisy by both Seattle and Washington State liberal politicians?

Liberals are in power here. Local media outlets need access to the liberals in power. If reporters cross Durkan or Jay Inslee, they lose access and can’t do their jobs. So, I think they go easy. Reporters here are also liberal and I think, consciously or subconsciously, they’re not interested in criticizing candidates or policies they support. It’s easier to criticize conservatives, who hold little power. Reporters here don’t rely on access to them and, since they’re not in power, they won’t cut off the press.

I don’t need access to any of these politicians so it’s easier for me to criticize and analyze in ways others can’t. Durkan has never done my show and I don’t ever need to do an interview with her for me to do my job. Jay Inslee? I don’t need access to him to report on him or his policies.  Much of my reporting comes from tips, deep dives into public disclosure requests I file, and researching publicly available documents. The rest of what I do is analysis. Access makes life easier, I suppose, but I don’t mind doing the extra work.