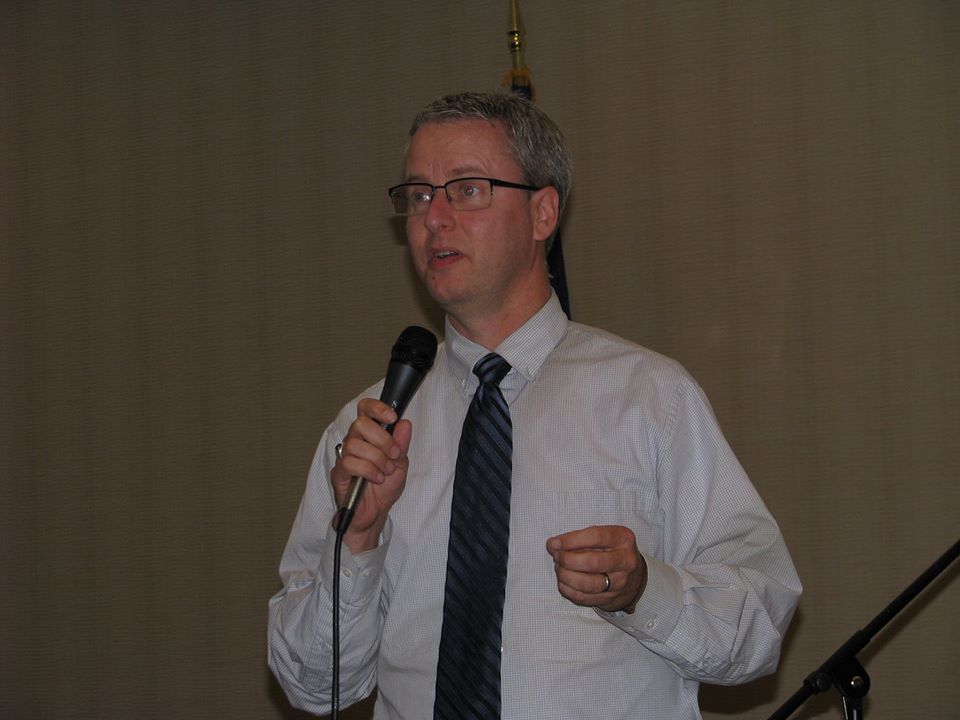 Jami Lund was recently the target of a vindictive campaign by the Washington Education Association and other government employee unions as they spent more than $92,000 to buy his seat on the Centralia School Board.  Lund has targeted due to his concerns about the impact of WEA money influencing our children’s education and our political system.  Lund is also a Senior Policy Analyst with the Freedom Foundation where he helps lead the effort to inform government workers of their rights as the result of the 2018 Supreme Court Janus decision.

1) Your Centralia School Board re-election campaign was the target of an unprecedented attack from the Washington Education Association and other government employee unions.  For a position where a few thousand dollars is enough to mount a strong campaign, the government unions collected over $90,000 in an independent expenditure against you.  What are your thoughts about this episode now that you have had a couple of months to reflect?

I have been an advocate for sensible education policy for fifteen years and a whistleblower about the WEA’s agenda for more than twenty years. Not much surprises me. The actions of the union in this case show its true priorities. Most of the time, union executives maintain a façade that their actions are motivated purely by concern for children. This case makes clear, though, that unions are angry power-brokers with enough money and insulation from consequences to be petty on a grand scale.

The main problem with the current monopoly approach to public education is that the incentives are all wrong. The “clients” will come to our schools or else we send the police. The taxpayers will pay for our schools or else we take their homes. The public-school system, as a monopoly, has no incentive to consider the interests of families or taxpayers. The only interest which provides an incentive for change is the self-interest of employees who are allowed to bully school administrators.

On top of that, the state gives the union enterprise a monopoly franchise on being the voice for the self-interest of employees—for which they are handsomely paid. As a result, the public school system is primarily operated as best suits the interests of employees as determined by the union. The union works to increase the cost, decrease the workload and minimize accountability for the quality of services.

I have lifted the curtain and documented the evidence of these truths to the chagrin of the power brokers who grow wealthy running the union enterprise. So I’m not at all surprised at their action, but I am flattered that they thought it worth more than $92,000 to unseat me.

I will continue to inform and advocate for schools that make services to families the highest priority, and no amount of money can take away what I learned as a school board director. Besides, if WEA spends $90,000 every time I run, perhaps I’ll do the state a favor and run every two years from now on.

2) What message do you think the WEA’s actions sends to school board members (and other elected officials) across the state?

Very few who serve on school boards are there to pursue changes in school operations. Most on school boards are either those who like to be seen as popular figures or those who aspire to higher office. Many if not most on school boards came from within the status quo system and were union-backed to get elected. None of these kinds of people have a strong interest in bucking the “business as usual” culture of public education. Their inclination to smile and go along existed before my school board race, and I am sure they see the union tactics as proof they should continue on the safe path of letting the union dominate school policy.

Years ago, I created a “Student Focused Caucus” for school board members to inform and motivate directors and candidates to implement conservative or libertarian values into their school operations. Very few are on school boards who have an interest in changing the school system to focus on values. I’ve known a dozen or two over the years, but they often quit when they realize how heavily the deck is stacked against schools which put families ahead of the interests of employees.

3) The Freedom Foundation has been at the forefront of the efforts to stop public unions from automatically taking dues from workers’ paychecks.  Can you explain why this is important and why more citizens should be concerned about the money government unions are pouring into the political process?

The power of the Left to dominate policies in schools and other government operations relies upon a fundamental injustice: Unions’ ability to get paid to be the monopoly voice of public employees. If a woman wants a job to teach children how to read, she must partner with a multimillion-dollar union enterprise which expects to be paid $100 per month of her career for its services. These union enterprises are exempt from consumer protection and antitrust laws.

Nearly all the extraordinary far-left policies getting traction in Washington are funded by people in public service who would not have funded those causes without the payroll deductions pressed on them by government unions.

Until the recent Janus v. AFSCME decision, unions could force public employees to pay for their services, charge as much as they want, do as little as they wish and spend members’ dues however they wish, including investing heavily in far-left politics and ideological causes.

Thankfully, this violation of civil rights was struck down by the U.S. Supreme Court in the Janus decision.

4) What kind of impact do you expect the Janus decision will have on the government unions controlling the Democrats in our state and controlling public policy at many levels across the state?

Unfortunately, the union operators are not acquiescing. Their multimillion dollar empire of power, money and influence is very dear to them. They employ bullying, fear-mongering, litigation, trickery, new laws, and information suppression to maintain their influence.

Since the Janus ruling, they have secured laws to give them scary amounts of power over their “clients.” Freedom Foundation has lobbied against and written about these extensively. Unions have also used multiple lawsuits to suppress the Freedom Foundation’s ability to even inform public employees about their rights.

However, people trapped in union workplaces have a choice now, and that is already having an effect. A few unions are already looking at their cost to their (now) customers and needing to scale back or hide their more extreme inclinations. Some major unions have lost as much as twenty to thirty percent of their members.

5) Recently the Washington State Supreme Court shot down the unions’ attempts to keep the birth dates of government employees from the public.  Why was this an important? What have you been able to do this with this information?

Having a date of birth is a fact of living in a civil society. It is used regularly to prove eligibility for age-defined privileges. It is part of the voter list and other lists to distinguish between the many John Smiths in Washington. It is not sufficient to steal identity or commit fraud.

In spite of these efforts, nearly all public employees in Washington have received email, mail and even visits at their home to simply provide information about their rights as explained in detail at https://www.optouttoday.com/

6) What are your thoughts regarding legislative Democrats seeking to overturn the Court’s decision with a proposed bill to hide the birth dates of state employees?

It is telling that the bill to shield unions’ cash-flow is heard on the second day of the legislative session and scheduled for a vote on the fifth day. Could it be because a third of all Democrat money comes from wage garnishment of public employees and is channeled to candidates by union king-makers?

Remember, the agenda of the unions is to make government grow bigger, cost more, do less and remain immune from accountability since union cashflow depends on these objectives.