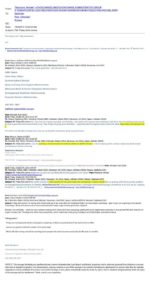 According to emails acquired by a public records request, Governor Jay Inslee’s office, leaders from Washington State’s Health Benefit Exchange (HBE) and the Office of the Insurance Commissioner scrambled to deliberately mislead the public with skewed or withheld enrollee numbers during the first week of the exchange launch. Inslee’s office pushed to release figures only from the exchange’s third day— presumably because the accumulated enrollment number of the first week presented a dismal outlook on the future of the exchange.

HBE Communications Director Michael Marchand advocated for a strict release of traffic numbers on the exchange website. Delaying the release of enrollment numbers until they looked better would tamp down public criticism. Inslee’s team seemed dubious of that plan, with Ruth Schubert from the Governor’s Office writing, “Page views aren’t going to do it.” 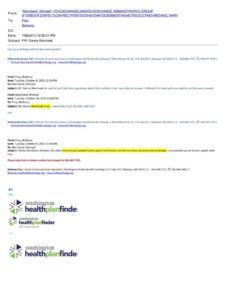 Top officials from the HBE took the deception a step further in the second week of enrollment when they engaged in deliberate methods to skew enrollment numbers released to the media. Evidence suggests that HBE Communications Director Micheal Marchand provided Seattle Times columnist Danny Westneat with inflated and skewed enrollment numbers. In an email exchange with Marchand on October 8 a staff member wrote, “[Danny Westneat] called me and just wanted some quick clarification on the numbers we provided yesterday.”

Later the same day, the Seattle Times released a column by Westneat entitled “Obamacare is here, GOP, ready or not.” Westneat’s column vigorously defended Washington’s health exchange program. Westneat cites inflated enrollment projections and a high rate of expected per day enrollees as evidence to the success of Obamacare. Westneat goes as far to say that—due to the 3,000 to 4,000 per day sign-ups—“the state will be at 40,000 total and partial enrollees” by the end of week two and 60,000 or more by week three.

The latest figures continue the trend of high Medicaid enrollment and abysmal private health plan purchasers. Of the 98,399 who have enrolled on the state exchange, only 11,742 have purchased a private health plan. Factor in the 290,000 Washingtonians who have lost their health care plans, and you have a health care system that is operating at a net loss. All in all—due to Obamacare—278,258 more Washingtonians do not enjoy the security offered by health care coverage.

Our state’s governor and our health exchange officials don’t seem care about the loss caused by their flawed health care law. They prefer to hide reality by playing with numbers. They prefer to preserve a failing health care agenda at the expense of the people they swear to serve. As Washington State realizes a complete overhaul of its health care structure, hundreds of thousands are confronted with cancelled insurance plans, higher monthly payments, and/or higher deductibles. Washingtonians deserve the chance to tackle these challenges fully informed of the obstruction we face. Washingtonians deserve transparent leadership that seeks to serve the best interests of the people as opposed to the interest of a highly partisan political agenda.