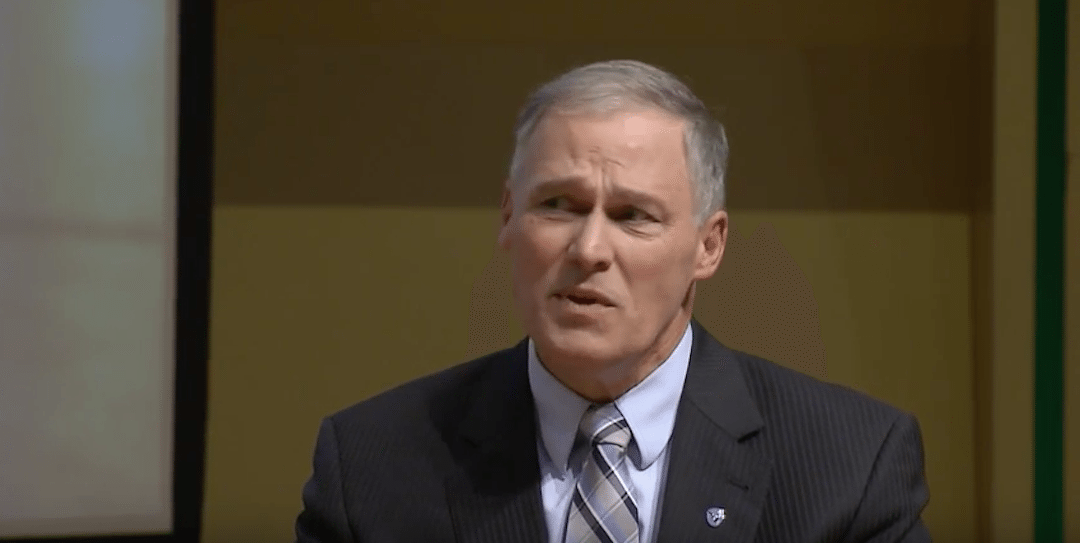 Jay Inslee has big (spending) plans for the next two-year budget – a 21% increase is his wish list for more big-government state spending starting in July. As Shift has covered this week, Inslee wants to fund the majority of this massive government expansion with taxes on your income and gasoline.

According to the Tri City Herald, “many of the governor’s proposed taxes are recycled and refreshed increases that he has tried and failed with before. You’ll see familiar foes like a carbon tax and capital gains tax in his plan. In fact, those two taxes alone make up for more than 50 percent of his proposed revenue.”

Today we highlight yet another Jay Inslee tax hike idea: let’s sock it to small businesses, with a 67% increase in the Business and Occupation tax on the gross receipts (not profit) of service businesses.

As the national Tax Foundation explains:

“Washington’s Business & Occupation (B&O) tax is a gross receipts tax, meaning that it falls upon the entire revenue of a company rather than its net income (profit). As such, it is imposed without regard to ability to pay, falling more heavily on companies with slim profit margins and even hitting companies which post losses. Because it is imposed at every stage of production, moreover, it has a tendency to “pyramid,” with the tax embedded in the final price of a good or service several times over…

“The tax is levied at varying rates on different industries in implicit recognition of the degree to which distinct industry margins yield a range of effective rates. The highest rate (1.5 percent) is imposed on the service sector. The rate was temporarily hiked to 1.8 percent in 2010, but the increase was allowed to expire in 2013 and the legislature resisted a prior Inslee proposal to restore the 1.8 percent rate. In his new budget, however, the Governor proposes a much larger increase, to 2.5 percent. The increase is projected to raise $2.3 billion over the biennium.”

So this year Inslee not only wants to ignore the wishes of the legislature – which made him back off a smaller increase in the services tax in 2013 – he wants to jack the rate up on accountants, hairdressers, and other service professionals by two-thirds its current rate.

Again, from the Herald, “for someone to benefit, someone else has to suffer in Inslee’s plan. Those selling assets will be hit with a new capital gains tax of 7.9 percent on $25,000 or higher gains. A new 1.5 percent to 2.5 percent business-and-occupation tax would impact those business that provide a service. Think lawyers, real estate agents, accountants and others. Republicans were quick to react to the ambitious roster of taxes, saying, ‘The bottom line can’t be good for families and employers across Washington.’

“We can’t say we’re thrilled with the idea, either.”

The reality is that no one is thrilled with Inslee’s big-tax proposals, except for the big-government loving special interests (think unions and extreme environmentalists) who have funded his campaigns in the past. Fortunately, they don’t have a majority in the legislature – in either house – so Inslee’s proposed budget is likely going nowhere.

But that doesn’t mean you shouldn’t be prepared for the tax debate coming.