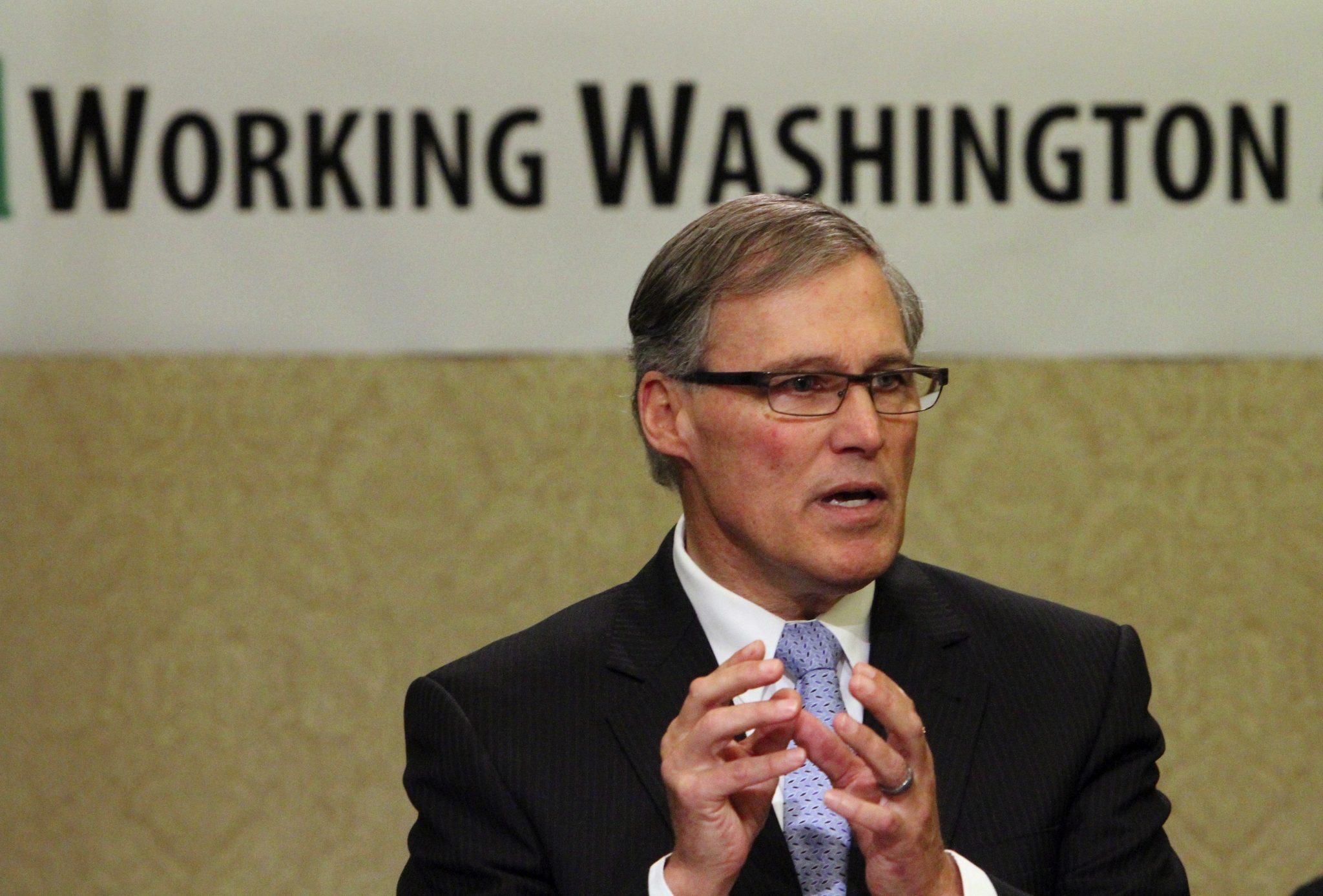 Jay Inslee will tell anyone that will listen that his fuel mandate is the best course for Washington State. How exactly a $1 plus per gallon increase in gas prices is supposed help our state’s economy and working families, he has yet to work out. Yet, that’s not all Inslee has to explain.

Inslee likes to claim that his extreme environmental agenda will open the door to new jobs and spur the economy. But, that’s not what the facts indicate. The National Federation of Independent Businesses (NFIB) released a study back in October that concludes Inslee’s fuel mandate would do nothing of the sort. In fact, Inslee’s plan would cost Washington State more than 11,000 jobs over the next five years.

The study arrives at the figure “using a sophisticated economic modeling program to estimate the forecasted job loss of such a dramatic increase in the cost of energy” as a result of a fuel mandate. NFIB Washington State Director Patrick Connor wrote a letter to Inslee addressing the concern that the projected job loss and hike in the cost of fuel would “disproportionately affect small businesses, their customers, workers and the families they all support.”

Connor goes on to urge Inslee not implement his fuel mandate via executive order. Conner asks our green governor to respect the legislative process and submit his plans to the Legislature “to ensure a full and open public discussion of this important issue, rather than having costly new standards imposed by executive order or agency action.”

Given the costs to Washington State’s economy and the burden placed on working families, Inslee must—now more than ever—issue an explanation as to why he insists on moving forward with a fuel mandate that will have virtually no impact on carbon emissions. Telling working families that its because he “believes what he believes” is simply not good enough.