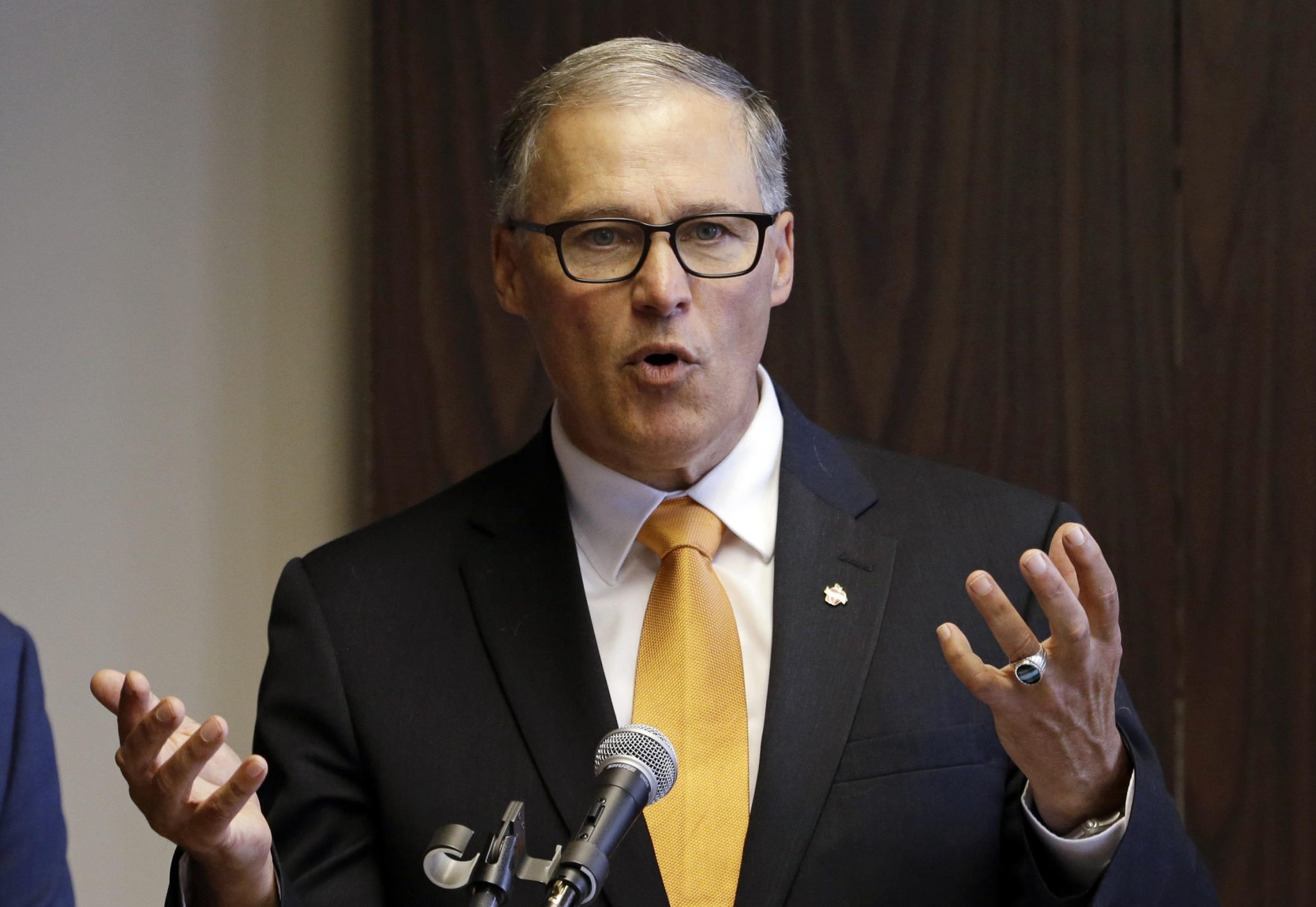 Give. Gov. Jay Inslee one thing: On environmental issues, at least, the man doesn’t often hide his intentions. He might fudge the impact of his plans, sure, but he’s pretty upfront about what he wants.

What Inslee wants more than anything is a price on carbon, any way he can impose it. He devoted the bulk of his State of the State speech to it, telling legislators that “it is our state’s destiny – because of who we are – to defeat climate change.”

Inslee’s requested bill, SB 6203, would impose a carbon tax at $10 per metric ton to start, beginning in July 2019. It would then increase in $2 increments until reaching $30 per metric ton.

What that means for Washington families is higher prices at the pump and higher home heating costs. Washington is already one of the least carbon-intensive states, due in no small part to the fact that much of our electricity comes from hydroelectric dams and nuclear power. Bringing down carbon consumption here, then, means targeting drivers and manufacturers.

Sounds good, until it doesn’t

If you simply ask voters, without context, if they’re open to a carbon tax, many will say yes. A recent Moore Information poll of Washington voters asked if they would support a carbon tax if the money went to actions that mitigate climate change.

But when voters were presented with actual costs, they turned against the idea pretty quickly People don’t want greatly increased gas prices. They don’t want higher home heating costs. But that’s what Jay Inslee is proposing.

Asked if they would support a carbon tax that increased gasoline prices by $.20, 70% of voters said no. Even among Seattle respondents, the support level couldn’t crack 50%. 72% said no to a carbon tax if it meant natural gas prices increased by 20%.

Initiative failed barely more than a year ago

As legislators debate Inslee’s carbon tax, his environmental allies in Olympia are urging them to pass it. In subtle and not-so-subtle ways, they’re also telling lawmakers that if the carbon tax doesn’t pass this year, they’ll put an initiative on the ballot that goes farther than Inslee’s proposal.

Part of their threat is that the polling – according to them – looks really good. Pass the carbon tax, the message goes, or we’ll come out with an even higher tax and the voters will say yes.

That’s tougher to believe now, given Moore Information’s poll. In initial polls, voter support for initiatives often starts out fairly high (see the “high earners” income tax, the initial liquor privatization initiatives, and many others). But when voters learn more about the downsides, including the hit to their wallets, those numbers start dropping.

The Moore poll bears that out. Tell voters that gas prices will increase $.20 (and go higher yet from there), and support drops off precipitously.

Of course, we don’t really need polls to tell us this. Barely more than a year ago, in the 2016 election, voters were presented with I-732, a revenue-neutral carbon tax that would have offset the tax with reductions in the sales tax. Voters turned it down with a 59.25% no vote.

Now we’re to believe, just a short time later, that voters are all gung-ho for a carbon tax that will actually cost them money? That an electorate that just turned down, handily, a revenue-neutral carbon tax is very enthusiastic about a tax-raising carbon tax? That’s a real stretch – and legislators should bear it in mind as they hear the threats to take this issue to the ballot.