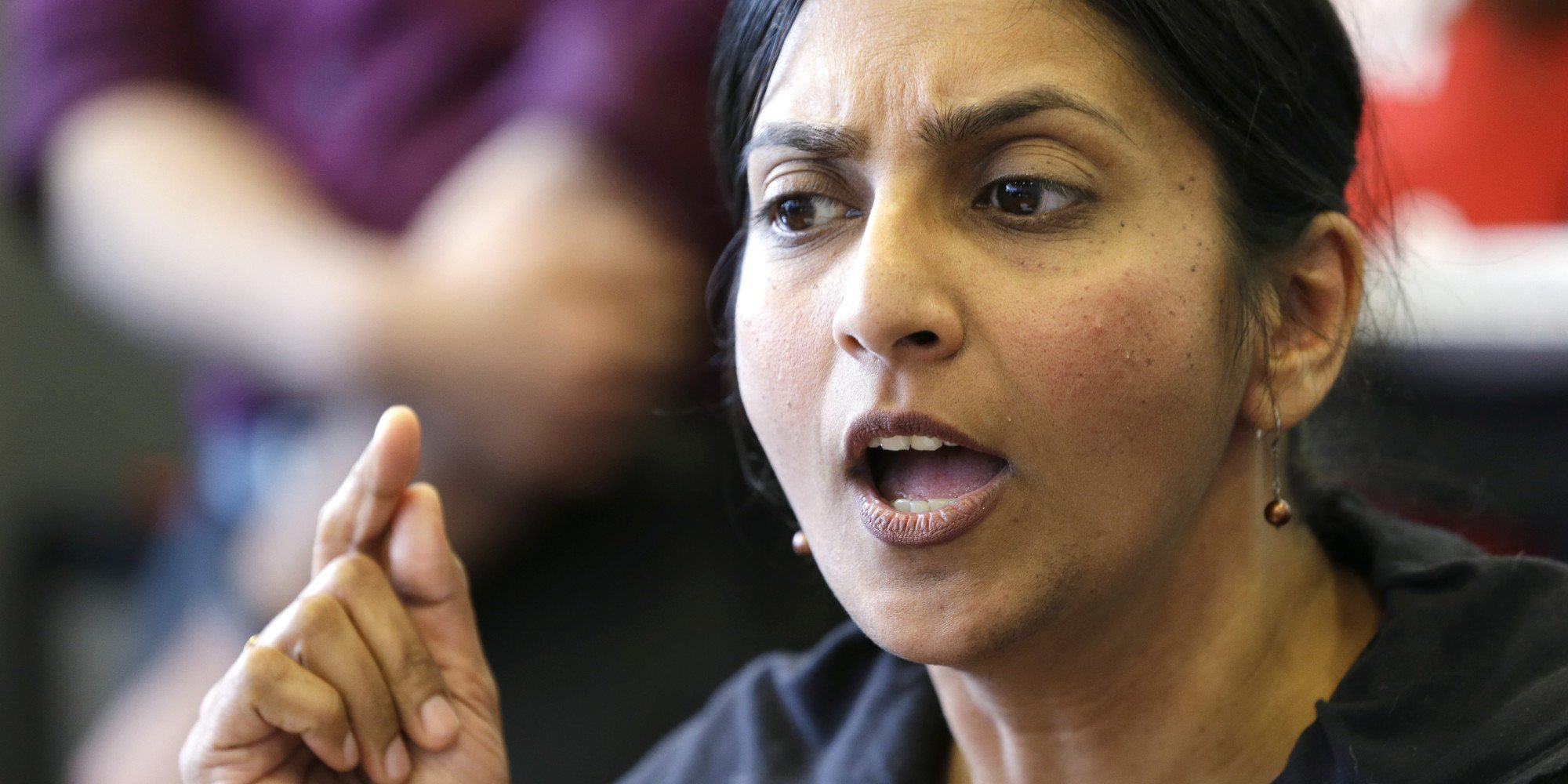 Jay Inslee loves headlines about how he’s “taking on” President Trump, or “fighting back,” or just generally being a Scrappy-Doo to the Trump White House’s Guy Pretending to Be Ghost. He loves these headlines because they’re cheap and easy, and because Inslee is supposedly considering a presidential run.

OK, let’s realistically edit that: Inslee is supposedly considering a presidential run in hopes of landing the vice presidential nod. Now that would be Veep come to life.

Inslee stayed in his wheelhouse this week, publicly pushing back on President Trump’s anti-Amazon tweets…and, on substance, we can’t disagree (the Postal Service, after all, should be thanking its lucky stars for Amazon). No, the problem is that Inslee is looking for these kinds of fights because for him, (getting noticed for) challenging Trump costs him nothing.

In terms of political capital, there’s essentially no downside for Inslee, no price to be paid.

But Jay Inslee doesn’t have to “go national” to take on enemies of Amazon – they’re all around him. Local officials and activists have said far more incendiary things about the company and raised more outlandish ideas than Trump. Why isn’t Inslee “fighting back” against them?

Home is where the hate is

Ah but you see, there are no national headlines to be earned for Jay Inslee in doing any of that. But if Inslee really thinks Amazon is “a big part of Washington’s economic success” and values the contribution of its “40,000+ employees in our state,” he’d take on the local enemies who seethe with resentment about the job growth and new wealth that successful companies like Amazon bring to our region. If.