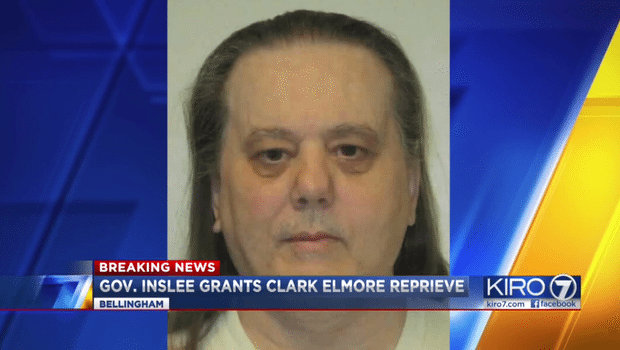 There are few words to register the contempt that the families of crime victims must be feeling towards Jay Inslee today. People who care about justice can only shake their heads.

From the Seattle Times:

“Gov. Jay Inslee granted a reprieve Thursday to a man who was sentenced to death for the rape and murder of a 14-year-old girl. Inslee formally granted the reprieve to Clark Elmore on Thursday, and cited as reasons a ‘lack of clear deterrent value, high frequency of sentence reversal on appeal, and rising cost,’ The Bellingham Herald reported.”

Inslee tries to cover his liberal agenda by talking about the cost of the death penalty – though the cost of justice in this case will only be increased because of Inslee’s decision. Likewise, the further costs of appeal are hardly relevant, as it’s worth noting that there is no question of guilt in this case since “Elmore pleaded guilty as charged to aggravated first-degree murder. At the penalty phase, a Whatcom County jury found no good cause to show leniency. He was sentenced to death May 3, 1996.”

It’s not as if Inslee didn’t have a clear view of what Elmore did. As the media notes, “Whatcom County Prosecutor David McEachran met with Inslee last week to ask the governor to reconsider the ban and to make an exception in Elmore’s case, although McEachran said at the time it was a long shot. ‘I am disappointed,’ McEachran said in a brief written statement, ‘that after 21 years of appeals, in which the sentence of death has been upheld by the highest courts in the state and the United States, the governor has derailed the sentence.’”

Washingtonians who care about justice can only hope that when Inslee mercifully leaves office that the next governor will listen to the jury, the prosecutor, and invoke the sentence that our state laws allow.

In the meantime, shame on Jay Inslee for putting his partisan liberal agenda ahead of justice for a child killer.