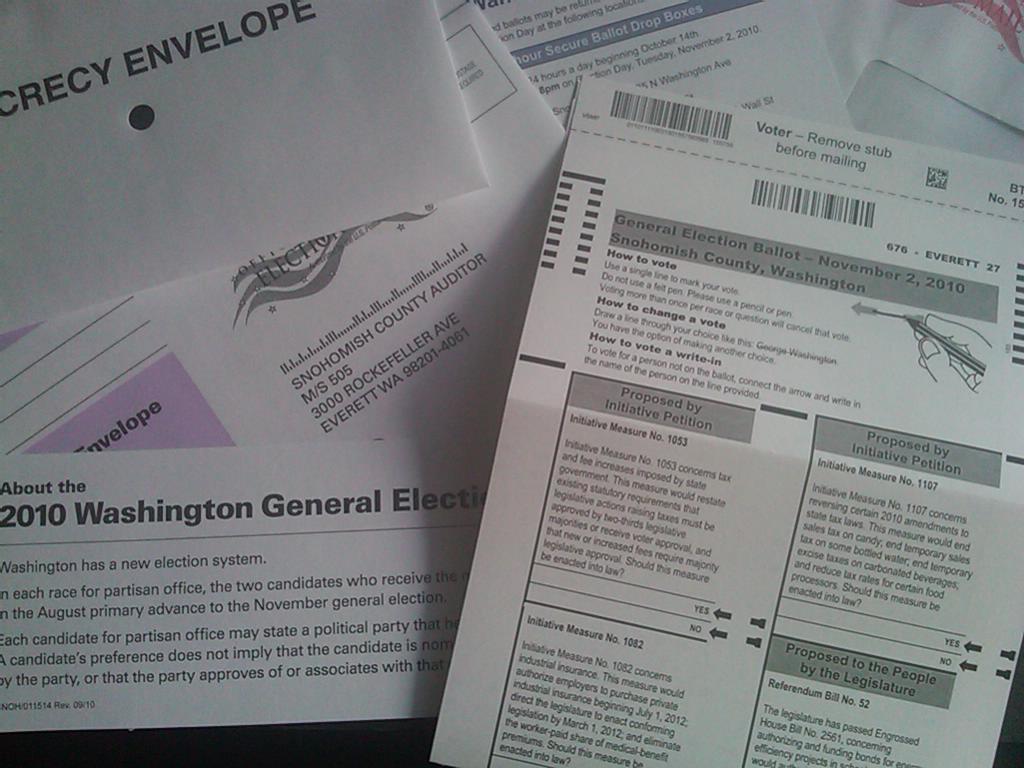 It’s obvious-bordering-on-trite to point out that the state’s initiative process is not exactly a tool of the regular, everyday citizens. Born out of the 19th century progressives’ ideals, it now takes some serious bucks to get a piece of direct democracy on the ballot.

Good, bad, or ugly, almost any initiative that reaches your ballot is there because a few wealthy patrons wanted it there. Here’s a breakdown of the top donors, for and against, for each initiative on this fall’s ballot.

Court puts I-940 back on ballot, no alternative presented
The state Supreme Court slapped lawmakers Tuesday for their method of dealing with I-940. The initiative would require more de-escalation training for police and lower the legal threshold for criminally charging officers for shootings.

As an initiative to the Legislature, lawmakers had three options for handling I-940. The Seattle Times explains:

“They can either pass the initiative into law as written; they can ignore or reject it, forwarding the original proposal to the ballot; or they can propose an alternative measure, which would then go on the ballot alongside the original.

“With I-940, however, Washington lawmakers instead opted for a fourth path: They passed the initiative, but also passed a separate bill amending it — a move they claimed avoided either proposal having to go to the ballot.”

But the court immediately sought input on whether to reconsider that decision, leading some to think the Legislature’s improperly passed compromise bill could yet make the ballot as an I-940 alternative. Yesterday the court decided not to reconsider its order.

Yes it made the ballot, but they still botched it
The court also waded into the sticky situation of I-1639, the gun control initiative with improper signature petitions. The sponsoring campaign collected signatures in record time but with a major snafu.

Its petitions didn’t properly present voters, as required by law, with I-1639’s text in a readable form (the font was too small), nor did they highlight how it would change existing law. Those elements are required for signature petitions to be valid.

Secretary of State Kim Wyman raised the concerns but said state law does not allow her to block certification of an initiative for those reasons. Gun groups sued and a Thurston County judge booted I-1639 from the ballot, calling it a clear violation: “Frankly, this court does not struggle with this issue.”

The I-1639 campaign appealed, and the left-leaning state Supreme Court put the initiative back on the November ballot. State law “does not allow for pre-election judicial review of the form, process, substance, or constitutionality of an initiative petition,” the court’s order read.

That means I-1639 opponents will have to wait until after the election to try again at court. They can again challenge the initiative over its improper petitions, as well as raise broader constitutional arguments.

While the 1639 campaign was given a judicial reprieve, the initiative’s funders still have plenty of reasons to be upset with their legal team. They have egg on their faces from the petitions debacle, which puts the entire I-1639 effort in jeopardy.

Lawyer-to-the-liberal-stars Paul Lawrence of the Pacifica Law Group and the campaign’s consultants imperiled the initiative in an unnecessary legal limbo because they didn’t mind the p’s and q’s. For a big-money effort like I-1639, that’s pretty embarrassing.