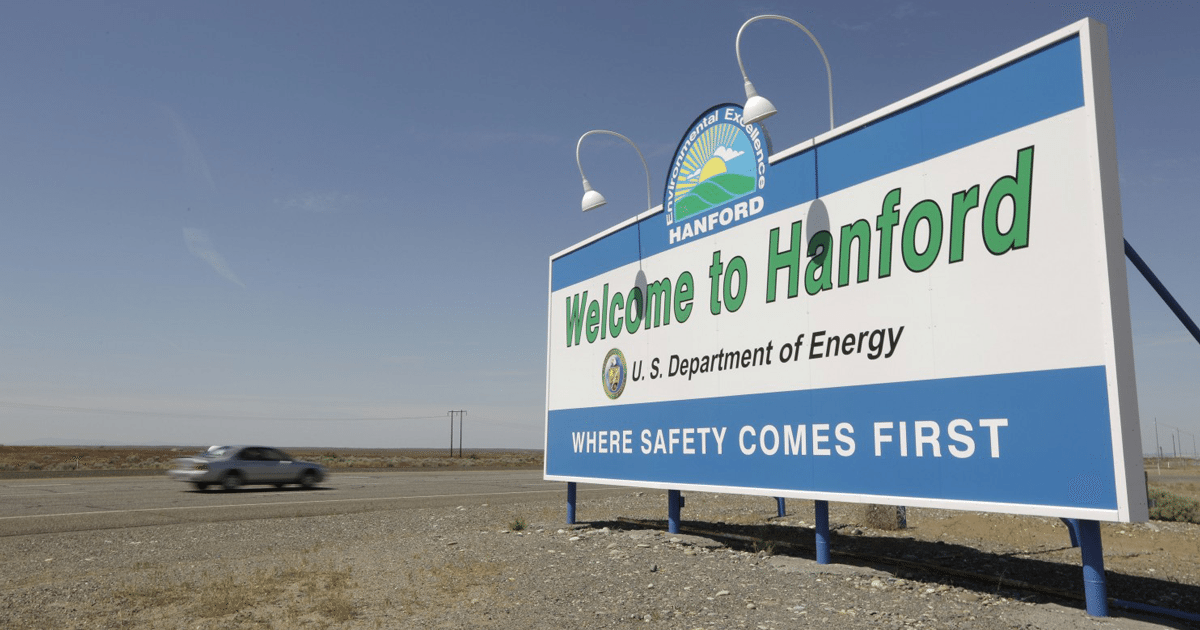 Workers at the Hanford nuclear reservation near Richland got a scare Tuesday. A tunnel at the site partially collapsed. The incident prompted a brief evacuation of the immediate area while officials assessed the danger. 4,800 workers sheltered indoors for several hours.

The situation even prompted something most unexpected: Gov. Jay Inslee saying something nice about Donald Trump’s White House. “I appreciate that the White House reached out to my office to alert us,” Inslee said in a statement. Will wonders never cease?

As long as we’re on the subject: Where has the leadership been from the state’s “leading” Democrats on building long-term storage for Hanford’s nuclear wastes?

Washington was proud to do its part to help win WWII, including our massive shipyard and Boeing airplane production. Our state also produced the first weapon-ready fissionable material at the secret Hanford complex. Unfortunately, that has saddled our state with a clean-up at Hanford that has lasted decades and continues to be behind schedule.

Leading Democrats like Jay Inslee and senators Patty Murray and Maria Cantwell can be counted on to put out press releases urging an accelerated clean-up schedule at Hanford. They’ll speak up for Hanford worker safety.

But Hanford’s clean-up requires a lot more than just a press release. We need a permanent national repository for legacy wastes. On that, their leadership has been less than stellar.

In the early 1980s, Congress passed a law requiring a permanent national depository be built for nuclear wastes. In 1987, Yucca Mountain in Nevada was chosen to be that site. Since that time, billions of dollars have been spent studying and readying Yucca.

We spoke with Conservatives for Environmental Reform, an environmental PAC from Seattle, Washington focused on “a conservative approach to environmental protection[s]“, and they agree: “The Yucca Mountain Nuclear Waste Repository is a necessity to safely dispose of the toxic nuclear waste from the Hanford Site. Failure to store the waste jeopardizes the Columbia River–an important part of the $2.7 billion Washington state generates from commercial and sport fishing each year.”

But Yucca had one implacable foe: former Senate Majority Leader Harry Reid (D-Nevada). Reid thwarted Yucca’s progress at every turn, gutting its funding and packing the Nuclear Regulatory Commission (NRC) with opponents of the project.

Reid struck a grand bargain with the Obama administration on Yucca, with the president appointing Reid’s lackeys to the NRC and basically giving up on the project. That’s when we really needed Washington’s Congressional Democrats standing up to their fellow party members and pushing to make Yucca a reality.

Is that what happened? No. Inslee, Murray, and Cantwell continued to say they favored Yucca, but they didn’t push back on Reid and Obama and fight for our state’s interests.

When Inslee’s friend, Rep. Ed Markey (D-Massachusetts), stuck up for Reid’s disastrous choice for NRC chairman, Jay Inslee said nothing. When Murray served in the Senate leadership with Reid, she maintained near-radio silence on Yucca matters. She only found the courage to speak up when it was clear Reid was on his way out.

And Cantwell? Well, she stuck to her usual policy of saying as little as possible about anything.

We need political leaders who will fight for Washington’s interests, not just sit back and hope it all turns out OK. When it comes to permanent storage for Hanford’s wastes, that’s a fight Jay Inslee, Patty Murray, and Maria Cantwell chose to avoid.