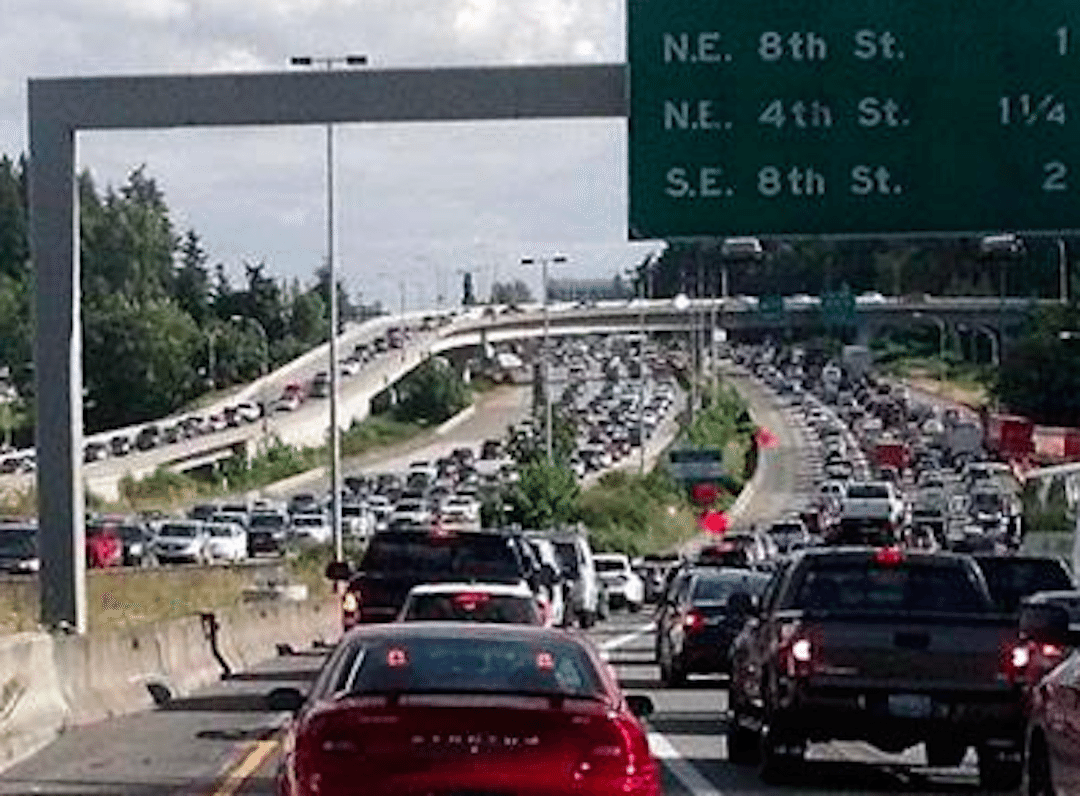 During the opening week of the I-405 tolling scheme, collisions have more than doubled on the congested freeway compared to the same week in 2014. A total of 119 collisions occurred on I-405 between Canyon Park and Lynnwood, as compared to 48 collisions last year. MyNorthwest.com,

“‘My concern is that somebody is going to start … essentially from zero miles per hour to another lane going 60 to 65 miles per hour,’ he told Sullivan. ‘That’s not a good recipe. That’s going to have some huge impacts if there is a collision.’”

According to KIRO Radio’s Chris Sullivan, the Washington State Department of Transportation (WSDOT) has yet to review reports to discover the nature of the accidents. It’s unclear of whether or not the collusions were the “result of drivers crossing the double white lines when they weren’t supposed to, or if drivers were not slowing down soon enough to avoid rear-end collisions.”

WSDOT insists that the tolling scheme is improving travel times though accidents are up. The truth is that travel times remained near or below 2014’s weekday average. In an effort to deflect blame for what has been called a poorly planned layout, the agency points to the drivers’ learning curve as the cause of the increase in accidents.