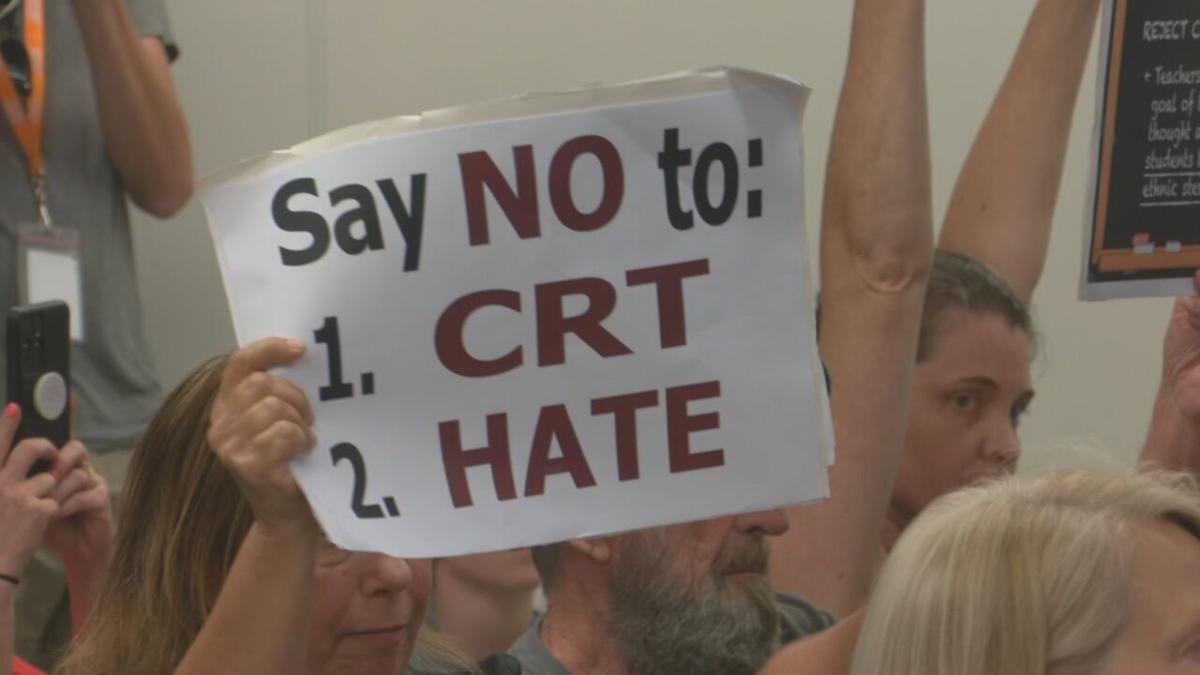 Last month, South Kitsap School Board member John Berg introduced a resolution to prohibit classroom teaching of theories that promote racial hatred. For that he was called a nut.

District officials said they won’t be teaching critical race theory in the Kitsap schools. The teachers’ union said the

poor fellow must be watching too much Fox News. The Tacoma News Tribune made him out to be a conspiracy theorist, allowing its reporter to make the astonishing assertion that “no K-12 district in the country has critical race theory in their curriculum.” The resolution was defeated 3-2.

The incident showed what parents and responsible school officials are up against as they battle the worst idea ever to hit American education, a program to teach children about the racial resentments they are supposed to have, or the vast racial guilt they must atone for. John Berg was absolutely right, critical race theory is coming to our schools, unless parents and school boards draw the line.

I should know. I voted this year against the bill that forces this mandate on our public schools. So did nearly every Republican in the Legislature. I think it would be useful to explain how this new law works and provide parents with the information they need as they raise this issue with their local school boards this year.

The new law (Senate Bill 5044) doesn’t describe this program as critical race theory. Instead, it describes it as “equity, cultural competency and dismantling institutional racism in the public school system.” Same thing. Equity is the new political buzzword describing the theory that government is responsible for ensuring every racial group has the same outcome, even if we must violate the Constitution and treat individuals differently according to race. Institutional racism is the dubious theory that if various racial groups don’t achieve the same outcome, racism must be the reason – even if no racist act is involved.

The law requires faculty, staff and school board members to sit through training sessions on how to teach this new political ideology to our children.

The law doesn’t require classroom instruction, but school districts are expected to fall in line. Part of it is politics and pressure, part that the Legislature two years ago made ethnic studies a basic education requirement. The Office of Superintendent of Public Instruction is due to release a model curriculum Sept. 1, promising that it will combat “white supremacy culture” and “privilege.”

We already can see how this works in the Seattle School District, an early and enthusiastic adopter of critical race theory, and a model for the state program. Seattle students are encouraged to identify as members of a race, rather than as individuals. They are taught our political institutions are designed to perpetuate white supremacy, and that they are either victims or guilty parties. Lessons include the need to create a political “liberation” movement to “resist oppression” and fight “the status quo.” The district even provides handy organizing tips.

Parents may be alarmed to learn that state sanction is being given to a program to indoctrinate students in leftist philosophy and turn them into social-justice warriors. Certainly some people hold these opinions. But for a teacher to declare them to be fact is to poison our children’s thinking, deepen racial divisions, undermine support for our Constitution and republic, and expose children to harassment, humiliation and abuse based on the color of their skin. Already lawsuits are being filed nationwide alleging these programs violate state and federal Civil Rights Acts and the 14th Amendment guarantee of equal protection. This effort to fixate our children’s minds on race is racism at its worst.

Parents need to know the law allows them recourse on the local level. It doesn’t say school boards must adopt programs as awful as Seattle’s. For now there still is a degree of local control. The Chehalis School Board, for instance, has passed a resolution declaring that “we will not teach Chehalis students that people, due to race or background, are inherently good or bad, guilty or innocent, more or less capable than others.”

John Berg’s resolution took a different approach. It dispensed with the term critical race theory, and instead set boundaries for classroom instruction. Among other things, Berg’s proposal would have prohibited the teaching that America is an inherently racist country run by white supremacists, that students should see themselves as victims or oppressors based on their skin color, and that opposition to this dogma is evidence of one’s racism.

I expect we will see many confrontations in school board meetings this summer as the public becomes aware this hateful philosophy is on its way to the classroom. I want parents to know they aren’t nuts, this is real – and any school official who says otherwise insults their intelligence.