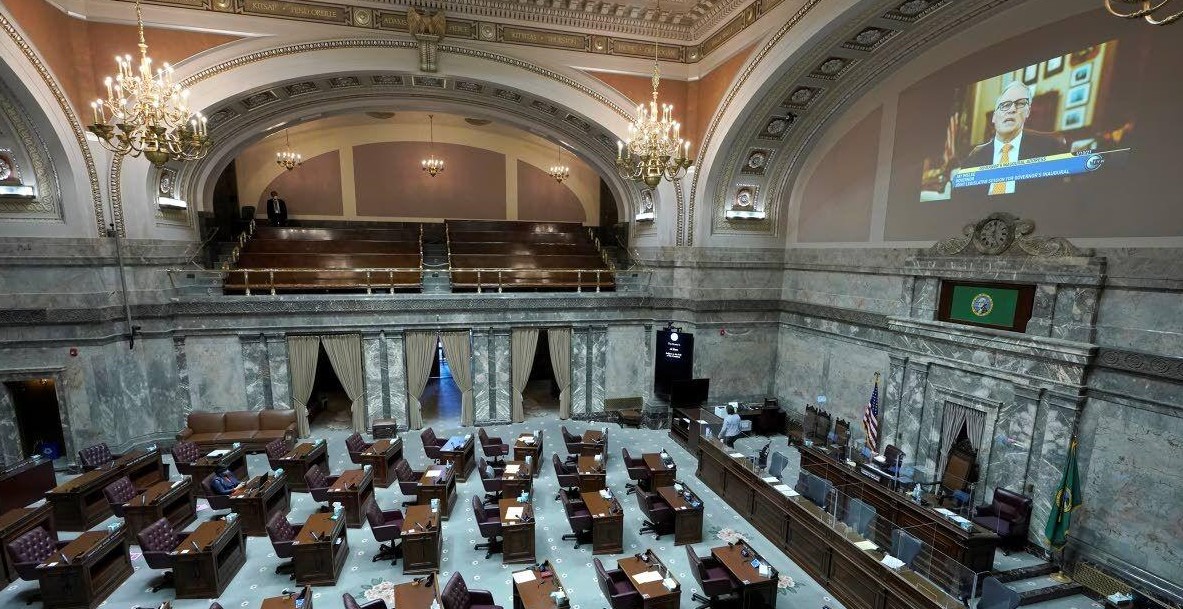 Much has been said (and much of it unprintable) during the Inslee-imposed economic lockdowns last year, when Democrat Governor Jay Inslee refused to call a special legislative session to address the emerging pandemic and economic crisis. He surely knew that if the people’s elected representatives had the chance, they might just vote to remove his dictatorial “emergency” powers and substitute their legislative judgment.

For one of the few times in his life, Jay was right. Just before the regular session started this week, Senators Mark Mullet (Democrat) and John Braun (the Republican leader) introduced a bi-partisan bill which  would immediately open Washington for business, unless the legislature votes otherwise.

The bill challenges Inslee’s broken logic, overreaching rules, and inaccurate COVID dashboards by instead putting responsibility back into the hands of the elected representatives of the people of Washington. This proposal to help restore our economy assumes accurately that business owners have a vested interest in keeping their customers and employees safe and will act accordingly.

It’s the first step in clipping power-hungry Jay Inslee’s wings, and one of the first signs that Inslee is losing his grip on power.

Earlier in the month, Republicans refused to sign onto his latest round of emergency order extensions. Inslee has been stuffing the lockdown extension orders with critical services, making it uncomfortable to vote against him and his punitive lockdowns. When Republicans finally said enough, in typical Democrat fashion, Inslee accused the Republicans of holding money back from those who need it, rather than admitting that he’s been using the extensions to jam through his own political agenda.

Democrat House Speaker Laurie Jinkins didn’t want to be left out of the hyper-partisan action, so she suggested that Republican attempts to reopen the economy are “damaging to people who are trying to get their unemployment benefits”, while completely ignoring the fact that the very same Inslee lockdown orders are creating the increase in unemployment in the first place.

Democrat Senator Christine Rolfes is bucking against the Inslee strongman approach with Senate Bill 5162. She is advocating against her fellow Inslee lock-step Democrats, calling for a committee that will “prevent infringement on the legislature’s constitutional power to appropriate state funds.”

Republican Representative Drew Stokesbary dropped House Bill 1163, creating an oversight process to prevent future power-hungry governors like Inslee from blindly calling extensions on their orders, and refusing to call for a legislative special session to address the budget.

The Democrat Chair of the House Consumer Protection & Business Committee, Steve Kirby, signed on as co-sponsor to Republican Representative Brad Klippert’s House Bill 1020, which returns the power to extend emergency orders back to the legislature.

Finally, newly minted Republican Senator Chris Gildon has introduced Senate Joint Resolution 8201, which will allow the legislature to convene a special session upon an affirmative vote of three-fifths of its members, removing the restrictions that have allowed Inslee to continue his unilateral reign of error for the last 9 months.

Seems like politicians on both sides of the chamber realize Inslee is out of control, and in love with power.

It would make sense, since Inslee has demonstrated through his exclusive actions that he is hellbent on excluding other elected representatives from helping the state recover from the coronavirus pandemic, though that also means he alone is responsible for the mess he has got Washington into.

Bowling alleys, movie theaters, gyms, bars, museums, zoos, aquariums, retail stores, and restaurants have all permanently closed as a direct result of the Inslee-mandated lockdowns. Remember, while you are being told to stay home, often unpaid (or underpaid), because of the pandemic, Gov. Inslee and his campaign-donating friends in the labor community have been collecting a salary funded by taxpayer dollars all year long.

Other states are already starting to return to normal, but here in Washington (like in the other “Left Coast” all Democrat-majority states), lock downs, masks, and bankruptcies are becoming the new normal.

The only certainty, in all of this lockdown mess, is that anything Jay can do to hold onto power, he will.