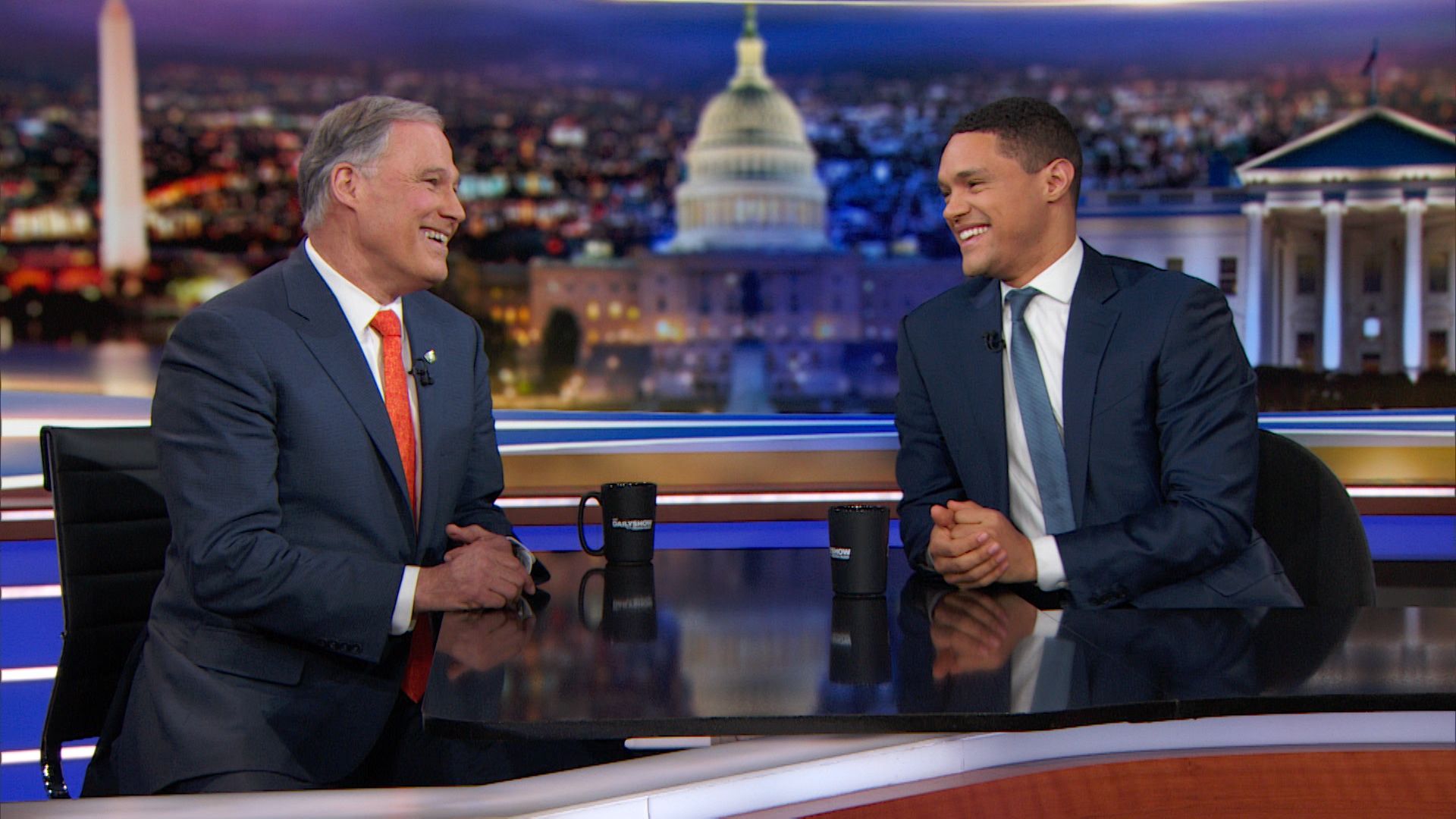 The news that Boeing is expected to close the 787 assembly line in Everett is reverberating throughout the region. Such a move will cost people their jobs and livelihoods, whether at Boeing or at small businesses which depend on Boeing workers to survive.

Such a negative impact on our fellow Washingtonians is why it’s worth reminding people that it didn’t have to be this way. Remember that it was in March of 2019, as Governor Jay Inslee was struggling to attract attention for his stumbling presidential campaign, that he appeared on the comedy news program, The Daily Show, and irresponsibly made comments that we can now see will likely hurt thousands of Washington residents.

Host Trevor Noah asked Inslee about a tax credit he gave to Boeing in the first year of his administration, back in 2013: “Why did you give them a tax break, and why do you think some companies should receive a tax break, if at all?”

“Well, they shouldn’t,” Inslee replied. “Look, if you’ve ever been mugged, you understand what it feels like —”

“You’re not happy about that,” Inslee said.

“I was not happy about the Boeing situation,” Inslee continued. “These corporations put a gun to your ribs, ‘You’re going to lose 20,000 jobs unless you give us a tax break.’

“That is why I’m adamant to stop that kind of behavior.”

“So you propose stopping it everywhere?” Noah said.

“Indeed, indeed,” Inslee said. “No local community should be blackmailed by any corporation.”

Thus, in less than 30 seconds, the governor of Washington not only said that employers should not receive tax breaks for creating jobs, but more importantly, he slandered the state’s largest employer by comparing the company to violent armed robbers and blackmailers.  Inslee attacked Boeing, perhaps too focused on a flailing presidential campaign to remember that it employs 70,000 Washington residents, generates millions of tax dollars annually for state and local governments, and is the financial supporter of thousands of local charities.

So, why did the governor make these irresponsible comments?  Clearly, he made them not as the state’s elected leader, but rather for very selfish reasons.  Inslee was desperately attempting to rise above the large pack of Democrat presidential contenders by appealing to the anti-business sentiment currently held by many of the progressive activists who determine Democrat presidential nominees.

We all know how badly Inslee failed in his mission to attract support for his campaign –wasting $8 million to reduce his 2% in national support to 0%. What we didn’t know then was how successful he was in driving another nail in the coffin of the relationship between the Boeing Company and Washington State.

Since the 1990’s, there has been a growing rift between Boeing and the Democrats who have controlled the governor’s mansion for the past 35 years, and had majorities in both houses of the legislature for 25 of those years.  After numerous warnings about the anti-Boeing sentiment coming from Olympia, the company announced in 2001 that it was moving its corporate headquarters (and thousands of high-paying management jobs) to Chicago, and has since relocated some manufacturing operations to other states, including Missouri and South Carolina.

For the past decade, Washington residents have adapted to sharing the benefits of having Boeing facilities with other states.

The COVID-19 pandemic’s impact on the travel industry has been immense –  and most Boeing customers either canceled orders or delayed delivery of planes.  This caused many people to become nervous about the possible loss of work for Boeing’s Everett manufacturing plant.  Especially concerning was the fate of the 787 Dreamliner, which was being assembled at both the Everett and South Carolina facilities.

Local anxiety grew when Boeing announced, in July, that it would be reducing its production of the Dreamliner from 10 deliveries a month to just six. The company also informed the public that it was studying whether it would be more efficient to consolidate 787 manufacturing at one facility.

This made regional and some state elected officials nervous, though seemingly Inslee remained on the sidelines, admitting that he had heard “” after allegedly reaching out to the company he had attacked so viciously the year before. Snohomish leaders began the “Better with Boeing” campaign aimed at convincing the company to keep the manufacturing jobs in the region.

Yet earlier this week, the Wall Street Journal reported that Boeing will be closing its Everett Dreamliner operations and consolidating its operations in South Carolina.  Boeing confirmed those reports this morning.

Now that the Wall Street Journal’s report has proven correct, there will be many reasons that will come out for Boeing’s decision. Among them will be the comparative political environments between South Carolina and Washington State.  While Republican South Carolina Governor Henry McMaster very publicly displays a willingness to work with the company, Governor Inslee takes the route of insulting Boeing’s integrity on national television to benefit himself and his failing campaign.

Given these factors, it is no wonder Boeing has decided to continue its exit from Washington State. Just as Seattle Councilmember Kshama Sawant’s political grandstanding attacks on businesses are forcing Amazon to seek new locations for its employees outside of Seattle, Governor Inslee’s insulting comments about Boeing will lead the airplane manufacturer to find a more welcoming environment for its jobs.

So, jobs are lost, and businesses are destroyed. Those are consequences of Gov. Inslee’s words. And judging from the attack statement he issued when he was the last one to learn the news, Governor Zero has not learned a thing about putting Washingtonians ahead of his own political ambition.