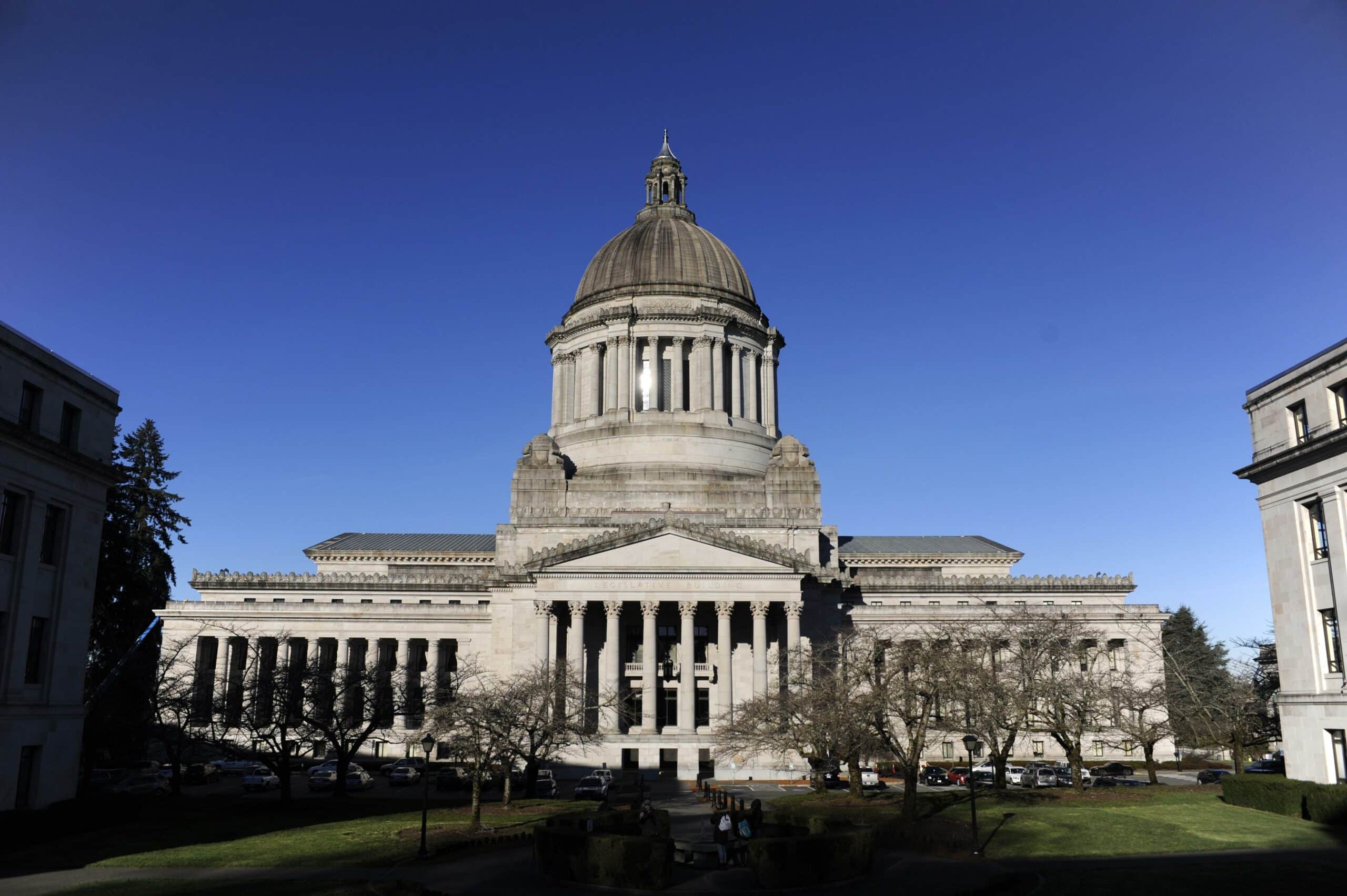 Governor Jay Inslee continued his liberal quest to rapidly increase the size and cost of state government with the release of his 2023 – 2025 proposed budget, which is 12% larger than the last state budget and 125% larger than the budget when he came into office in 2013.  While media headlines repeat verbatim from the communication staff’s media release about what the $70.4 billion budget says about Governor Inslee’s legislative priorities, the fact is this budget has the same top priority as all of Governor Inslee’s previous budgets – increase state revenues so more government employees are hired, then the government union bosses can take more dues fees from government workers’ paychecks, and in return the union bosses can kickback even more money into funding Democrat politicians’ campaigns and supporting far-Left organizations.

Republican legislators criticized the governor’s proposed budget for things it does not include despite being $7.23 billion larger than the state budget for the 2021 – 2023 biennium.  Republican Senate budget leader Lynda Wilson (Vancouver) stated her concern that the governor’s priorities apparently do not include helping school children who suffered significant education loss, which are the results of students being kept out of schools (longer than nearly every state in the country) due to governor’s emergency orders and teacher unions’ selfish demands during the pandemic.  The governor’s budget has less than 44% of the state’s budget going to schools, which is far below the 50% Republican’s spent when they controlled the Senate a few years ago.

Senator Wilson also noted that Governor Inslee continued to demonstrate his lack of concern for the financial struggles of lower income workers who are having a tough time due to liberal inflationary policies and the dramatic rise in fuel prices.  The senator noted that fuel prices will rise again soon as the governor’s cap-and-tax policies are expected to increase fuel prices (already the third highest in the country) by over 40 cents a gallon. Senator Wilson said, “The 6 billion dollars in reserve are more than enough to support meaningful tax relief for the average Washington family – even something temporary to offset the effects of record price inflation. Unfortunately, the governor is showing once again that in his world, government’s desires come ahead of families’ needs.” proposal, yet the trade association’s executive vice president asserts that “what he offers is not a solution to the problem.”  The governor has proposed increasing the state’s debt by $4 billion to fund housing construction over the next six years. This proposal will need to be approved by both the legislature and the voters.

BIAW’s Greg Lane argues, “Just spending taxpayer money without addressing the systemic policy failures that have driven up the cost of housing the past two decades is senseless.  To really make housing more affordable, we need fundamental changes to our state and local planning, land use, permitting and regulatory processes.”

Lane stressed that only 15% of Washington residents can afford to purchase an average priced home (currently the median price is $643,400). This is due to lack of supply caused by environmental and permitting regulations which has caused the state to be “fifth in the nation for underproduction of housing.”  Lane stated these regulations are adding more than $31,000 to the cost of homes.

Lane stated if the governor and the legislative Democrats were truly concerned about the short supply of housing then they would work with builders to work on four significant issues:

It is worth noting that the governor’s proposed budget counts on the state overturning the Douglas County Superior Court’s ruling that the Democrats’ state income tax on capital gains was illegal.   On the revenue side of Governor Inslee’s proposed budget has the state collecting $1.4 billion from the illegal tax.  On the expenditure side, he has the state spending $3,952,000 in fiscal year 2024 and $2,621,000 in fiscal year 2025 to collect the unconstitutional tax.

Evidently the governor is confident the nine liberal judges on the Washington State Supreme Court will ignore over 100 years of state legal precedent and the views of the IRS and 49 other states that the tax is a tax on income which is unconstitutional in Washington State. The court has scheduled to hold a hearing on the state’s appeal of the Douglas County Superior Court’s decision on January 26th. Here is a summary of the amicus legal briefs filed in the case.