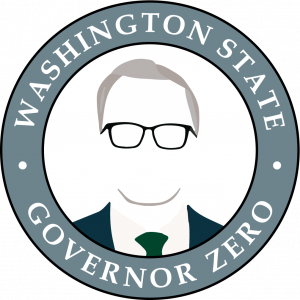 Frustration among Washington residents continues to grow as Governor Inslee once again failed to provide to the public the data or “science” he is using to determine when to lift restrictions and allow Washington residents to safely return to work.  Following the release last Wednesday of his meaningless “dashboard” of dials (which provided no data or “scientific” explanation as to why arrows were pointed at certain spots on the dials), Governor Inslee released another chart on Friday explaining what will happen at different “phases.”

Problem again is… the governor failed to allow the public to see what specific data he is using to determine each phase.  Not only do Washington residents want to know the data for what needs to be accomplished in each phase, they would also like to know how Colorado’s data points are so much different as to allow his fellow Western States Pact member, Governor Jared Polis, to safely re-open his state and how Colorado data is different than Washington State’s numbers.

The public is growing increasingly concerned that Inslee is allowing partisan politics, and not “science”, to guide his decisions.  While his political supporters in the state employee unions continue to draw paychecks, the private sector is experiencing nearly 30% unemployment – 1 out of every 5 Washington workers had filed for unemployment by last week.

While it seems like Democrat Governors of other states (in the Western States Pact) are helping determine how and when Washington returns to work, Washington State Republican legislators are left in the dark.  While government construction projects were allowed to continue, commercial and private construction sites were closed.  While marijuana shops were deemed essential, other retailers are forced to lay-off employees due to the Inslee’s orders.  While all gatherings are banned in the state, Inslee’s political contributors at the tribal casinos are saying they plan to re-open next week.

Many conservative and moderate commentators (including us at Shift) allowed the governor free reign during the initial stages of this crisis.  Decisions needed to be made quickly and we respected the governor’s emergency authority.

Yet, we now have time for honest discussion on the best approach to safely re-open our state.  Governor Inslee is dramatically failing to lead our state. He fails to let the public see the information, or “science” or “data”, which he says he is using to determine our next steps and he allows Democrat leaders of other states to have considerably more say on our economic future than Washington State’s own elected leaders.

During his Friday press conference, Gov. Inslee made a bitter and condemning comment about the media.  In acting as if there is a conspiracy against him, Inslee stated, “the great members of the press keep wishing for failure here but that’s not how we operate in Washington.”  If President Trump had made the same disrespectful comment and attacked the 1st Amendment rights of the media, Inslee would have spent a week expressing his outrage on Twitter.

Inslee’s staff – which includes as chief of staff a former political reporter at the Seattle Times and as press secretary a former political writer from the Yakima Herald – attempted to cover up the governor’s blunder, immediately took to Twitter to backtrack his comments by meekly apologizing to the media.  In part they wrote, “I have great respect for the press and all the work they do. I made a mistake to suggest otherwise.”