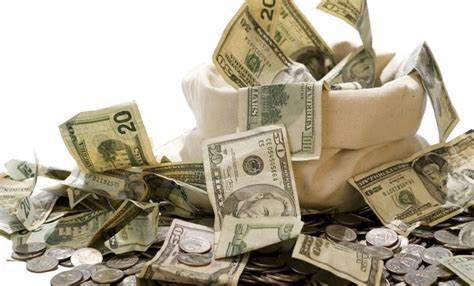 organizations combatting the ever-increasing power which government employee unions have over government decisions. While democratic governments were designed to serve the needs of the people, unions have used their large bankrolls to build their political influence and have now essentially made government a tool to serve their own selfish needs.  Unions leverage their control over the Democrat Party to exploit government’s taxing powers to fund larger governments with more government employees with higher salaries and expensive benefits.  Minnich discusses the Freedom Foundation’s successful efforts to promote workers rights by stopping the state’s automatic deduction of union dues from their paychecks, and the foundation’s lawsuit to strike down the unconstitutional state income tax on capital gains passed earlier this year by the Democrat-controlled legislature (which is strongly desired by the government employee unions to fund their larger state government strategy).

First, please tell our readers about the Freedom Foundation.  What areas of public policy does the organization focus its attention?

The Freedom Foundation has worked on a broad variety of public policy issues over its 30-year history. That changed nearly eight years ago when the organization decided to focus its resources on reversing the stranglehold government unions have over our state and local policymaking. There is no way to advance individual liberty, free enterprise and limited, accountable government without first checking the power of union bosses.   We do this primarily by helping public employees understand and exercise their right to resign their membership in and refrain from paying dues to their government union.

The Foundation was the first to file a lawsuit against the state for the passage of the state income tax on capital gains.  What are the main legal arguments of your lawsuit?

The new capital gains income tax is clearly unconstitutional. We filed our lawsuit shortly after the bill was passed by the legislature and days before Governor Inslee signed it into law. There was certainly no reason to wait. Inslee had been begging for this tax for years, despite the fact that Washington state’s existing tax structure continues to produce increasing revenue for the state. This year, the state had a $1.8 billion surplus—there is simply no justification for imposing new taxes at this time.

This is back-door attempt to open the way for the eventual adoption of a graduated income tax in Washington state.  We are challenging the tax on two legal grounds.

Both the Freedom Foundation and the Opportunity for All Coalition filed your lawsuits against the tax in Douglas County.  Is there much difference in your lawsuits and do you expect to combine them before the case goes to trial?  When do you expect arguments will be made?

The Freedom Foundation’s legal team and the Opportunity for All Coalition have agreed for the court to consider our lawsuits together. The case is scheduled for argument on July 13, though Attorney General Bob Ferguson is attempting to get the case either dismissed or transferred to Thurston County, which he believes will be a more sympathetic venue for the state, before then.

When the city of Seattle attempted to impose a progressive income tax via a 2017 city ordinance, the Freedom Foundation and others successfully persuaded state courts to strike down the measure as unconstitutional. We are optimistic we will achieve the same result in this case.

The Freedom Foundation has been at the forefront of informing government employees of their rights in regard to union membership and you have been extremely active since the 2018 Janus Decision.  What is the update on the Freedom Foundation’s efforts here in Washington State and elsewhere? to make their own decisions about union membership and dues payment. We’ve done this with email, postal mail, TV ads, social media and have even gone door-to-door to help government workers understand they can no longer be forced to pay dues to a union.

Our outreach efforts have been well received and successful. Washington’s largest state employees’ union, the Washington Federation of State Employees, and Oregon’s largest union, Service Employees International Union Local 503, have both lost one-third of their public employee members since 2018. Further, SEIU 1000, the largest state workers’ union in California, has dropped nearly close to half of its dues-payers over a three-year period.

In addition to our outreach program, the Freedom Foundation is currently engaged in nearly 75 lawsuits against government unions. Despite the Janus decision, many unions have made it as difficult as possible for workers to exit their union. These schemes range from arbitrary membership escape periods of only a few days per year to forging employees’ signatures on union membership forms. When this happens, our attorneys step in to help the worker and fight the union.

Currently, the Freedom Foundation has two cases pending before the U.S. Supreme Court. Belgau v. Inslee provides the Supreme Court an opportunity to further clarify that unions cannot collect union dues from an employees’ paychecks unless the employee is informed of their First Amendment right to refuse payment and voluntarily authorizes the deductions anyway. This already should have been obvious from Janus, but union-backed politicians like Governor Inslee and Attorney General Ferguson who opposed Janus have adopted the narrowest possible interpretation of the ruling’s employee protections.

The other case is Boardman v. Inslee. The case challenges Initiative 1501, a 2016 ballot measure backed by the SEIU that deceitfully attempted to prevent the Freedom Foundation from communicating with thousands of home care aides about their right to refrain from joining or paying dues to a labor union.

The Freedom Foundation has also filed lawsuits against the State of Washington regarding the restrictions placed on businesses during the pandemic.   What exactly is the Foundation seeking in your lawsuits?

Simply put, we are attempting to rein in Governor’s Inslee’s overreach and abuse of emergency powers during the pandemic. COVID gave him the excuse to assume universal control of state government and everyday life. The Democrat-controlled legislature, during this year’s session, could have asserted its rightful authority and checked the governor’s power grab. Sadly, they did nothing. Now it is up to the courts.

The Freedom Foundation believes the governor does not have emergency powers during a pandemic because the legislature has given those powers to county health officials, and only if they do not act can the Department of Health step in.

Secondly, the governor cannot simply write the rules, execute/enforce them, and adjudicate alleged violations. These functions are meant to be spread across each of the three separate branches of government, not consolidated in the governor’s office.

Last week the Freedom Foundation responded to the organization of the first legislative staffers’ union in the country in Oregon by announcing that you will challenge it in court. Why is this new union a concern?

Oregon is now the first state in the nation to create a union specifically for political staffers who work for state elected officials. This is a horrible precedent and violation of Oregon’s Constitution.

With the assistance of their state, elected state legislators represent the people of their district. Unions are increasingly attempting to inject themselves directly into the legislative process, breaking the foundational aspect of our republican form of government where citizens elect those who represent them. This means the union will get a say in how our representative form of government functions, controlling the conditions under which staff and, by extension, lawmakers can do their jobs.

How can people learn more about the Freedom Foundation and how can they get involved?

For those interested in learning more about the Freedom Foundation or joining our fight for freedom, go to www.FreedomFoundation.com. Public employees interesting in learning how to resign their union membership should visit https://www.optouttoday.com.