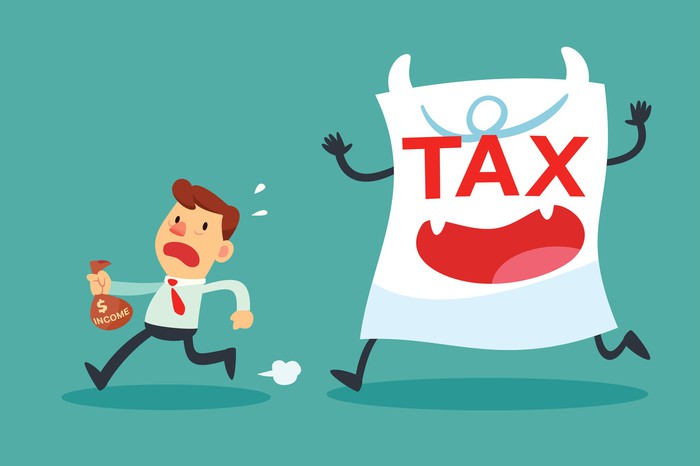 Democrat Governor Jay Inslee, who is always looking for ways to grab money from your pocket to give to his union friends and other major campaign donors, wants an income tax on your savings, but even his own party is balking at the lengths that Inslee wants to go to for more taxpayer money. Inslee’s original plan was 9% of income from savings over $25,000, but it appears the Democrats are running away from that level of confiscation.

Senate Bill 5096, introduced back on January 6 by Democrat Senator June Robinson (who, like Inslee, routinely receives the maximum campaign donations possible from the state’s unions), creates a new state income tax on income earned from investments and is eagerly supported by the unions and all the liberal legislators who agree with the unions on the need for increasing the size and power of state government through higher taxes.

What’s striking though is that Sen. Robinson broke so easily with Inslee’s proposal she first offered, by reducing the taxation rate to “only” 7% on earnings over $250,000 (instead of hitting much smaller investors, like Inslee’s proposal had done). It’s still a big government money grab, though Inslee must be fuming that his own party is undermining his proposal.

Robinson couldn’t prevent the tsunami of opposition and after hundreds of businesses signed up to testify in opposition of the bill, Robinson changed her mind and decided facing Inslee was the lesser of two evils and watered down the Inslee bill.

Robinson appears to be the sacrificial lamb and is probably regretting introducing the bill.

For most government workers and union members, who have government-guaranteed pensions waiting for them at early retirement, SB 5096 won’t change anything. The bill doesn’t tax government pensions. For others, who has been diligently saving a little money each month or building a business to sell for funding retirement, SB 5096 will take 7% of the profit on all the hard-earned savings. Democrats will claim that the bill doesn’t tax family-owned businesses, but you can rest assured they will get to them soon enough.

And, if you mess up the new bureaucratic forms the state demands you provide to now report your income with Jay Inslee, there is up to an additional 25% fine on your savings as a cherry on the sundae.

The new taxes (and fines) go straight into the government coffers ready to be bargained away (behind closed doors) in increases in state employee salaries and benefits. The Washington Education Association, a big supporter of Sen. Robinson, is asking for more taxes to fill its union coffers even as the union bosses refuse to let teachers go back to work and actually educate our kids. Sen. Robinson rewards that position by insisting that the first $350 million raised from the new state income tax is dedicated to the Education Legacy Trust account.

The Democrats will all claim that SB 5096 will only affect the mega-rich, using terms like “extraordinary profits”, and pushing out false numbers to make it look like the income tax will only effect billionaires. But we all know how the story ends. Following the typical Democrat playbook, you can bet in a few years, once the law is in effect, Democrats will remove the exemptions, and minimum caps, and, voila! Everyone gets to pay, except for the ones the Democrats really like.

The lone Democrat voice of sanity on the Ways and Means Committee hearing the income tax bill was Senator Mark Mullet, who voted against it along with every Republican on the committee. Democrat Senator Kevin Van De Wege, stuck between the angry constituents who elect him and a governor who controls his political destiny, was a true profile in courage and abstained from the vote.

Now the real union lobbying begins to bring the state income tax to the Senate floor for a vote. And over in the House, its even more liberal members anxiously await their chance to vote yes on an unconstitutional tax.